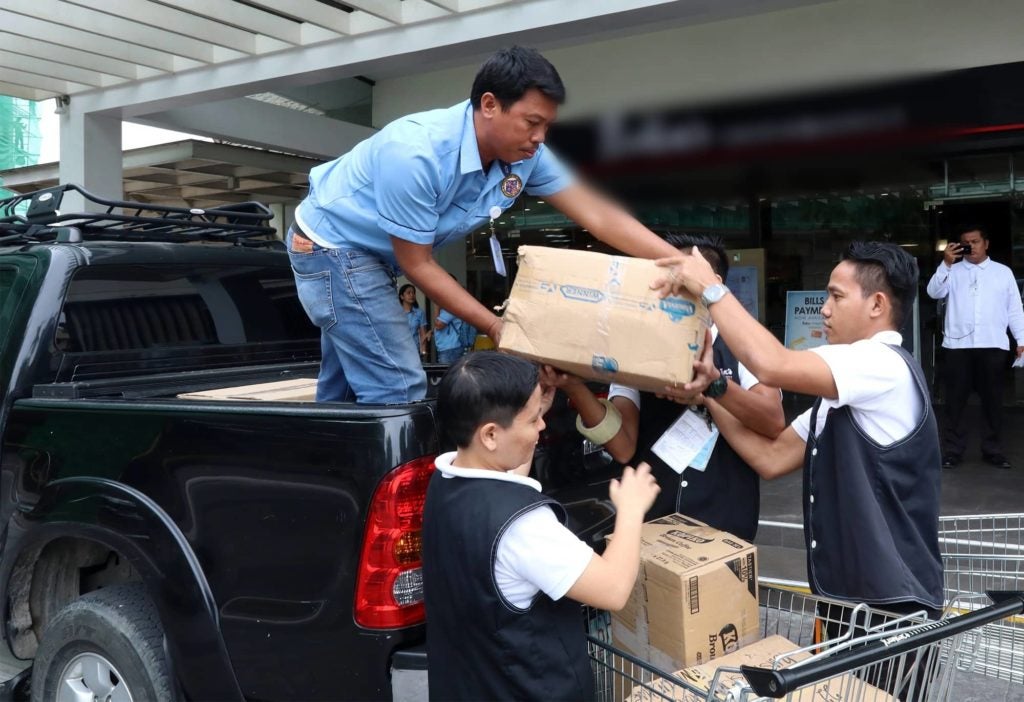 Members of the Provincial Task Force on African Swine Fever confiscated pork products from Luzon that were on display in grocery stores in the cities of Mandaue and Cebu during their inspection on Thursday, October 31, 2019.| Photo courtesy of the Provincial Information Office

CEBU CITY, Philippines —— The prohibition against the entry, sales and display of pork products from Luzon and countries with reported cases of the African Swine Fever (ASF) is far from over.

The governor said that news reports that a Pampanga-brand tested positive of the ASF virus remains a threat to the local pork industry.

“It does not elate me to state that (extension of the ban) because of all that we are now seeing in Luzon where the ASF virus is obviously not contained and in fact is spreading in alarming proportions.  As Governor of the province of Cebu, tasked with the duty to protect the province of Cebu, its inhabitants and our P11-billion hog industry, I have decided to extend the total ban on  all pork and pork-related products coming not only from ASF-affected countries but coming also from Luzon until June 30, 2020,” Garcia said.

Garcia first ordered a 100-day  ban on pork and pork products coming from Luzon and the 22 countries with reported cases of ASF with the issuance of Executive Order No. 16 on September 18.

The governor insisted on the implementation of the ban despite the appeal from Agriculture Secretary William Dar who personally met with her on the same month.

Garcia also defied the memorandum issued by the Department of Interior and Local Government (DILG) in October telling the 56 Local Government Units in the country to already lift the prohibition which they ordered against pork products from Luzon.

The recent announcement of the Bureau of Animal Industry (BAI) that at least three Luzon-brand pork products were tested positive of the ASF virus made Garcia insist on the imposition of the ban.

“I was willing to lift the ban even before the 100-day term if we could see that the situation has improved and the ASF has been contained. But we are seeing the opposite. ASF has, in fact, spread to quite a number of local government units,” Garcia said.

However, Garcia gave the assurance that she will immediate order the lifting of the ban without having to wait for the June 30, 2020 deadline as soon as she is able to see positive developments in the monitoring of ASF cases in the country. / dcb