Young Filipinos are in the midst of a mental health crisis

I’ve seen depression and anxiety but not to the degree that we have now–Dr. Cornelio Banaag Jr. 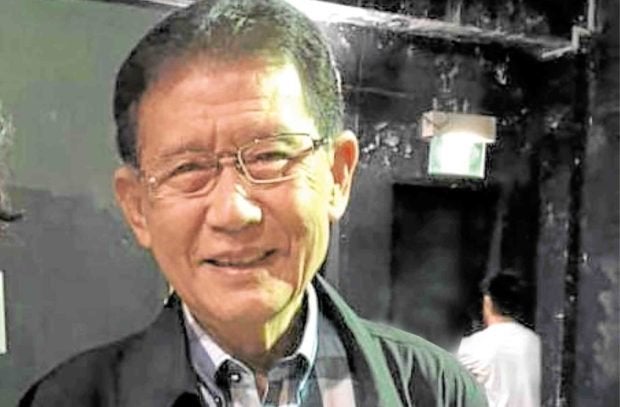 After her European boyfriend breaks up with her, a 17-year-old girl falls into a suicidal depression, even though they had never met in real life and the relationship existed purely online.

When his father takes away his cellphone and tablet, a 10-year-old boy is so distraught that he tries to kill himself by drinking bleach.

A young girl has taken to cutting herself because, she says, “there is something imploding inside of me, and I don’t know what it is, but when I cut myself it relieves that pain.”

After being hounded online for his supposed involvement in fraternity hazing, a student leader in a state university hangs himself in his bedroom.

“There’s a mental health crisis going on,” says Dr. Cornelio Banaag Jr., speaking at a seminar for parents and teachers organized by the Raya School.

A practicing psychiatrist, Banaag is professor emeritus at the University of the Philippines College of Medicine and is widely acknowledged in the profession as the father of child psychiatry in the Philippines.

“I have been in practice for over half a century—that’s how old I am—and I have never seen anything like this,” he says.

Citing statistics from the World Health Organization, Banaag says an estimated 10 to 20 percent of children and adolescents suffer from some form of mental health disorder.

The statistics on suicide are even more alarming.

A 2015 survey of Philippine high school students age 13 to 17 revealed that nearly 17 percent had attempted suicide in the previous year, while 12 percent had thought about it.

Most vulnerable are the postmillennials, says Banaag, that generation of Filipinos born after 1994, the oldest of whom are just on the threshold of adulthood.

“The question is, what happened to this generation?” he asks. “What makes them so different from previous generations?”

The science is still developing, but it’s hard to get around the sharp spike in mental health issues after the emergence of the smartphone and 24/7 connectivity.

Citing the American psychologist Jean Twenge’s much-quoted 2017 Atlantic magazine article, “Have smartphones destroyed a generation?,” Banaag pointed to the Philippine correlates based on statistics, studies and his own clinical experience.

“By 2010, mental health professionals all over the world began to see changes in the behavior of young people. They’re meeting up less and less, they’re not eager to go out, they spend more and more time on the internet and social media. After a bad exam, they don’t go out together to drink or hang out, they go home to their smartphones.

The current generation are “digital natives” who grew up with smartphones and don’t remember a time when there was no internet.

“In 2012 only 43 percent of our population was on the internet,” says Banaag.

“By 2018 it was 74 percent and in 2019 I’m sure it’s bigger than that. It cuts across ages, and economic lines, but the biggest users are ages 10 to 19. They were born and raised in the digital era; gadgets are not just tools for them but extensions of themselves. They’re always connected: 94 percent used the internet in the previous four weeks, in contrast to 74 percent of the total population. For many of them, virtual reality is more important than actual reality.”

These young Filipinos spend five or more hours a day online, checking their social networks, getting information. They tend to sleep with their phones beside them.

“There are more chances of having a high risk for depressive symptoms for those who spend more time in social networking, on TV and the internet, than for those who are engaged in what we call ‘real life’ activities. People who interact with others, do sports and exercise, attend religious services, read print media, talk, work have less chances of becoming lonely.”

Banaag hastens to add that it is not the technology itself that causes mental health issues, but how its use changes our behavior patterns, leading to chronic stress.

Chronic stress actually rewires our brains, he says. The prefrontal cortex and the hippocampus—those areas of the brain that control decision-making, planning, organizing, emotional regulation and impulse control—actually shrink with chronic stress.

“That’s why when you’re stressed, panay emote,” he says. “Negative lagi. We are trapped by our emotions because it’s the emotional brain that’s grown big. We cannot access our problem-solving abilities because we’re driven by negative emotions. And maybe that’s the reason we have so many people who cut themselves, get very anxious and want to die. They are trapped by their emotions.”

Stress is the major trigger for mental disorders, says Banaag.

“We need stress to perform well, but if the stress is excessive, we begin to experience the symptoms: headaches, nightmares, loss of appetite, depression, anxiety, panic, breakdown and suicidal behavior. Home, relationships, social media—these are the major sources of their stress. But when I ask my patients where the stress is coming from, almost universally they say school is becoming very stressful.”

One student complained that the pace of schoolwork was “relentless.” Just to keep up, the student got up at four or five so as not to be late, went for tutoring after school and worked on school projects until two in the morning.

“I don’t have any time to practice what I’m learning,” he complained. “I don’t even have time to reflect on what this is for.”

Another student became suicidal after flunking three subjects. He was so racked with guilt because his mother was a single parent and was working so hard to keep him in a good school. It was only after his mother reassured him that he was more important to her than a passing grade that he began to feel better.

Some schools are even dropping Physical Education to have more time for Science and Math, which Banaag feels is a step in entirely the wrong direction.

“I love learning, but I think DepEd (Department of Education) needs to review what’s happening,” he says.

Physical activity and exercise, getting enough sleep, connecting with others and embracing spirituality are important factors for mental health, he adds.

Meanwhile, parents, teachers and counselors need to be alert when youngsters begin to exhibit the warning signs of chronic stress: feeling sad, withdrawal for more than two weeks, sudden overwhelming fear for no apparent reason, signs of bullying, out of control behavior, not eating, difficulty concentrating, increased use of cigarettes or alcohol, suicidal talk and a preoccupation with death.

“We have to take these seriously unless they’re proven to be benign,” he says. Most mental health disorders begin at age 14, but it takes as long as 10 years before they’re diagnosed.

The increase in mental health issues is also rapidly outpacing the expansion in mental health services. While a number of private counseling services and suicide prevention hotlines have emerged in recent years, the ratio of mental health professionals to the total population remains very low.

While it is increasingly common to see antidepressants and other psychiatric meds being prescribed for young people, Banaag warns against relying solely on them.

“A good psychiatrist will think of meds only as an option, it’s really more talking. If people are depressed, angry or manic, you can’t talk to them and they cannot think right. I always tell them, ‘[Meds] are not going to solve your problem, but at least we can talk now, and maybe we can think of some solutions.’”

The hardest thing is to set limits on smartphone and internet use, which is best done early while the child is still open.

The best approach, he says, is collaborative: parents, educators and mental health professionals should work together to detect problems early and nip them in the bud if possible.

“Gen Z is a very young generation needing to be understood and supported,” says Banaag. “They want to change the world, but they want to do it their way. They don’t trust anybody else. We have to make ourselves into people they can trust, people who can understand their struggle—then they can come to us.”

With patience, empathy, understanding and unconditional support, it is possible to raise children to be emotionally resilient so they can withstand the stresses of modern life.

“The only element they need is the fullest confidence that their parents love them and will be there for them,” says Banaag.

“That their parents will set reasonable limits, help them deal with stresses and be around to help them out if necessary. If we can do that while they’re very young, they grow up being confident about themselves.

“If we can share that kind of relationship with our children, and the teachers are there, we are inoculating them against a lot of the hazards and also preparing them for the changes they face.”