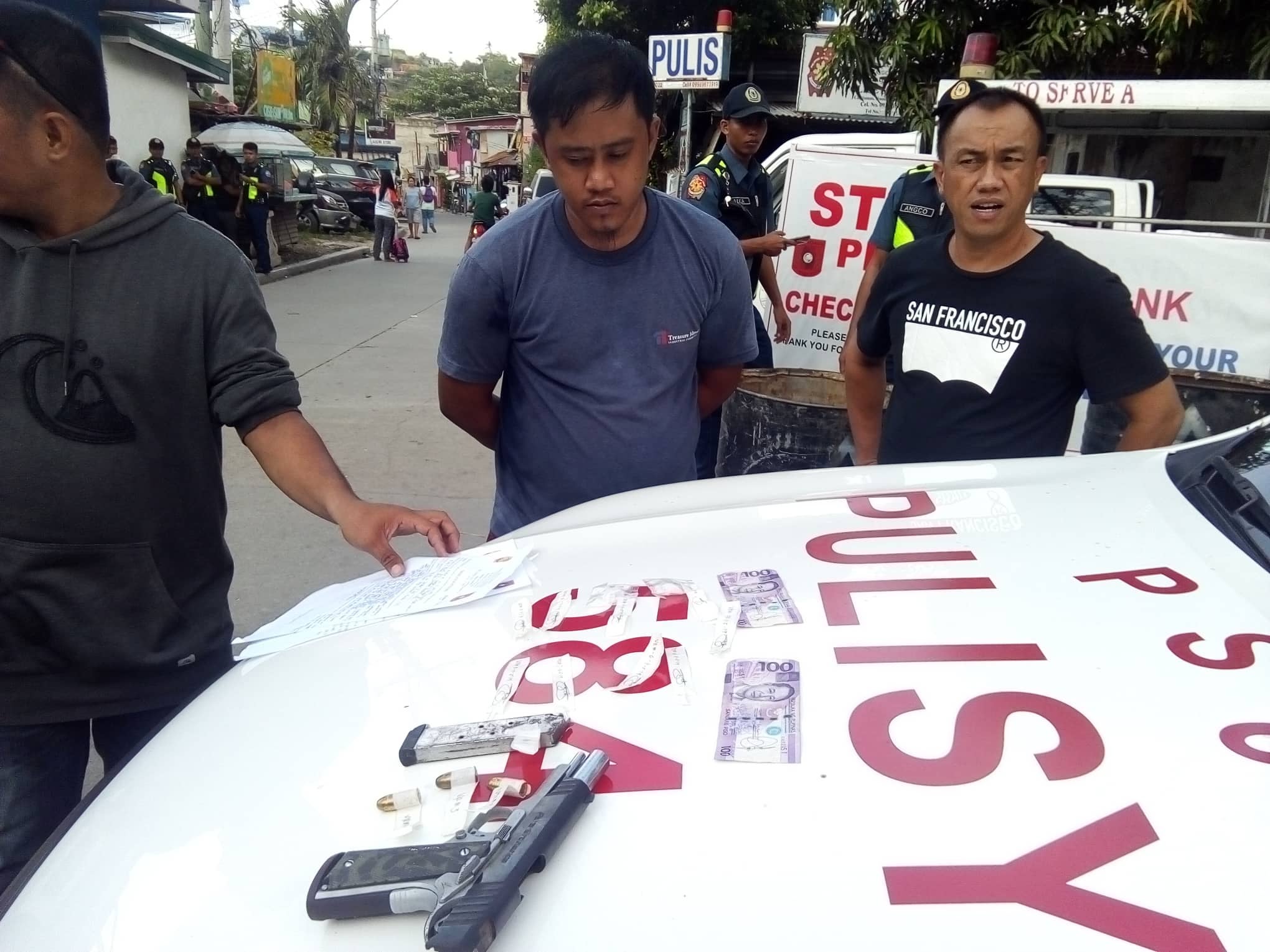 Police arrest Verland Mangas, 32, in Barangay Canduman with more than 10 grams of shabu worth P70,000 and a .45 caliber pistol with three live ammunition in his possession. | CDND PHOTO / Norman Mendoza

Authorities from Canduman Police Station arrested Verland Mangas, 32, a resident of Purok Bombil of the same barangay during a buy-bust operation a few minutes past 2 p.m.

The drug raid, led by Police Major Hugo Rio Ipong, recovered a a .45 caliber pistol with three (3) live ammunition and more than ten (10) grams of suspected crystal meth (shabu) worth P70,000 from his possession.

Ipong said they are still looking into the background of Mangas to determine if he had previous cases or if he was involved in some crimes.

In another drug operation, Ryan Opendo, 35, of  Zone 1 in Barangay Canduman, was arrested with eleven (11) small sachets of suspected shabu worth P5,400.

Ipong said the arrest of Opendo is a follow-up operation after Mangas was arrested.

Both suspects are currently detained at the Canduman Police Station pending the filing of appropriate charges against them. / celr