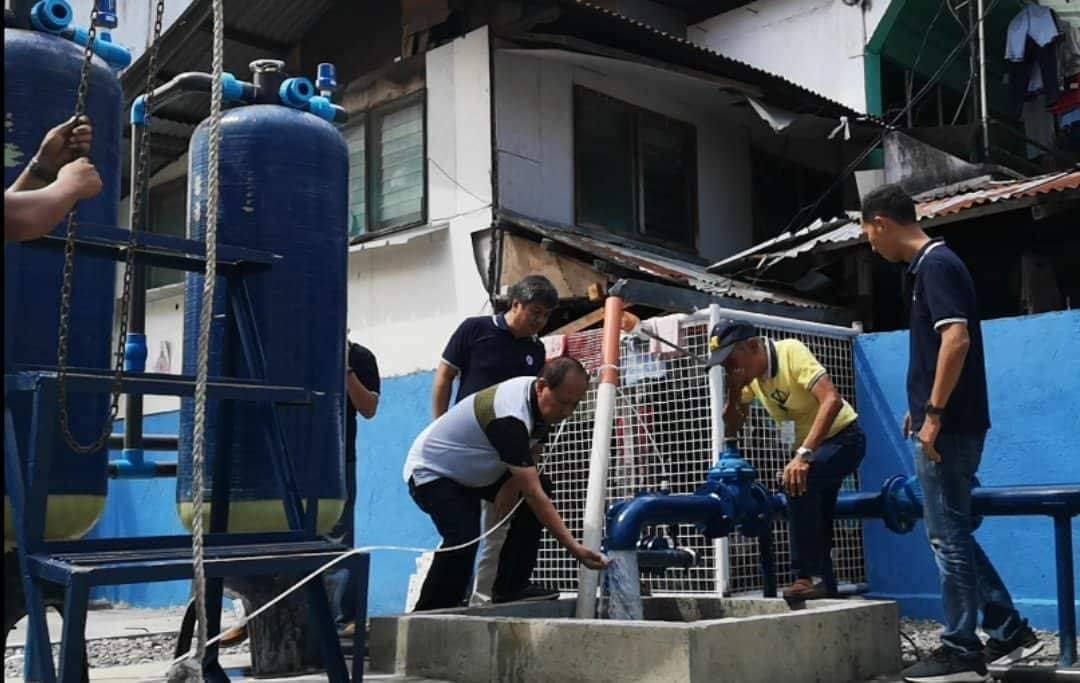 The Metropolitan Cebu Water District (MCWD) revives the Guadalupe well, which has been contaminated for 15 years as part of their denitrification program. | Photo courtesy of MCWD

CEBU CITY, Philippines —The Metropolitan Cebu Water District (MCWD) has revived a once-contaminated well in Barangay Guadalupe and can now supply 200 cubic meters of water per day to 200 households.

In a statement released to the media, MCWD said the Guadalupe well, which has been contaminated for 15 years, was revived through the water district’s Denitrification Program, which started in 2018.

The dentrification process removes the nitrate from contaminated water through Ion Exchange Resins.

The Guadalupe well is one of MCWD’s eight wells that were shut down in the past few years due to nitrate contamination.

Now that it has been revived, it is able to produce 200 cubic meters of water per day which can supply 200 households.

“We hope this will provide longer service hours to our consumers in Guadalupe who have been inconvenienced by very short supply hours for years,” said MCWD Acting General Manager Stephen Yee.

Yes said the utility firm “will work on more wells as part of our short-term solutions to the scarcity of water supply in Metro Cebu.”

MCWD said nitrate contamination, along with over-extraction and saltwater intrusion, are the major reasons that caused the depletion of water supply in Metro Cebu.

This is the reason why MCWD has strengthened its Septage Management Program, which includes the mandatory desludging of septic tanks, proper collection, treatment and disposal of septic tank wastes.

Members of its Board of Directors have been relieved by Cebu City Mayor Edgardo Labella, while the Local Utility Water Assocation (LUWA) has formed an interim board as the relief order is being reviewed.

MCWD said that despite issues revolving its Board of Directors, the water district is still working to solve the water crisis in Metro Cebu.

MCWD is scheduled to drill 30 wells in a few months as part of its short-term solutions to the supply shortage.

It will also treat the water in the affected wells to add more to the daily supply.  / celr