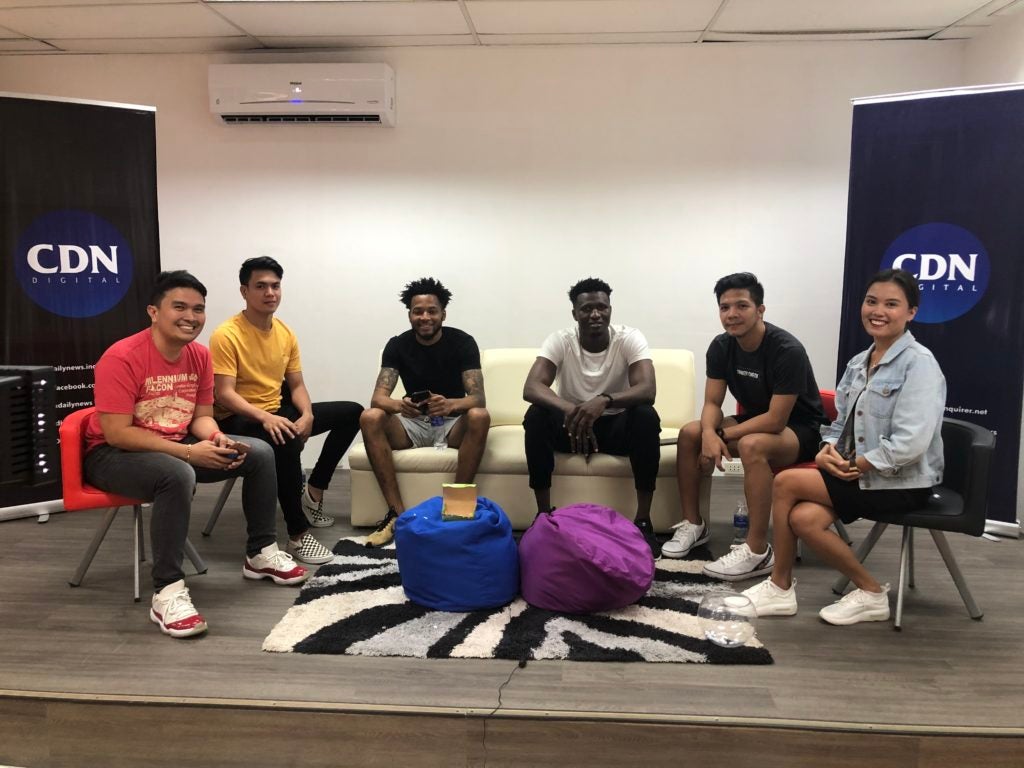 CEBU CITY, Philippines— The 2019 Cesafi basketball season is nearing its final round.

But before the players head on to the most crucial part of the season, CDN Digital invited some of the Cesafi basketball players to talk about the upcoming All-Star games in the latest episode of CDN Sportstalk.

The All-Star games which will happen on Sunday, November 10, will give basketball fans a quick breather from the intense games with side events like the Slam Dunk Competition and the Three-Point Shootout.

In the latest episode of CDN Sportstalk, Shane Menina of the University of Cebu Webmasters and Jemcerson Sable of the Cebu Institute of Technology-University Wildcats shared how they are preparing for the three-point shoot out competition.

LIVE: #CDNSportstalk goes live with some of the participants of this weekend’s Cesafi All-Star side events. Interact with them by leaving a comment on the comment section below.

Sable shared that he sees Menina as his biggest competitor for the three-point shootout, while Menina says that Magic Marrata of the USC Warriors is the man he is looking out for.

While Sameen Swint of the USPF Panthers and Tosh Sesay of the UC Webmasters also talked about what they are going to bring to the table in the slam dunk competition.

The two foreign-student athletes told CDN Digital that they are very excited about the competition and that both of them see Miguel Gastador of the USJ-R Jaguars as their biggest threat.

“He’s been here last year and the other years so I think he knows what it takes and it’s a good challenge for us,” says Sesay.

Sesay also gave his insights on how one can achieve that glorious dunk.

“It is all about doing something different and try to create something people will like,” says Sesay.

On the other hand, Swint thinks of doing his dunks with a little mix of fun.

“I feel like you just gotta have fun with it, just bring something new to the table, you can’t do no regular dunk,” says Swint. / celr