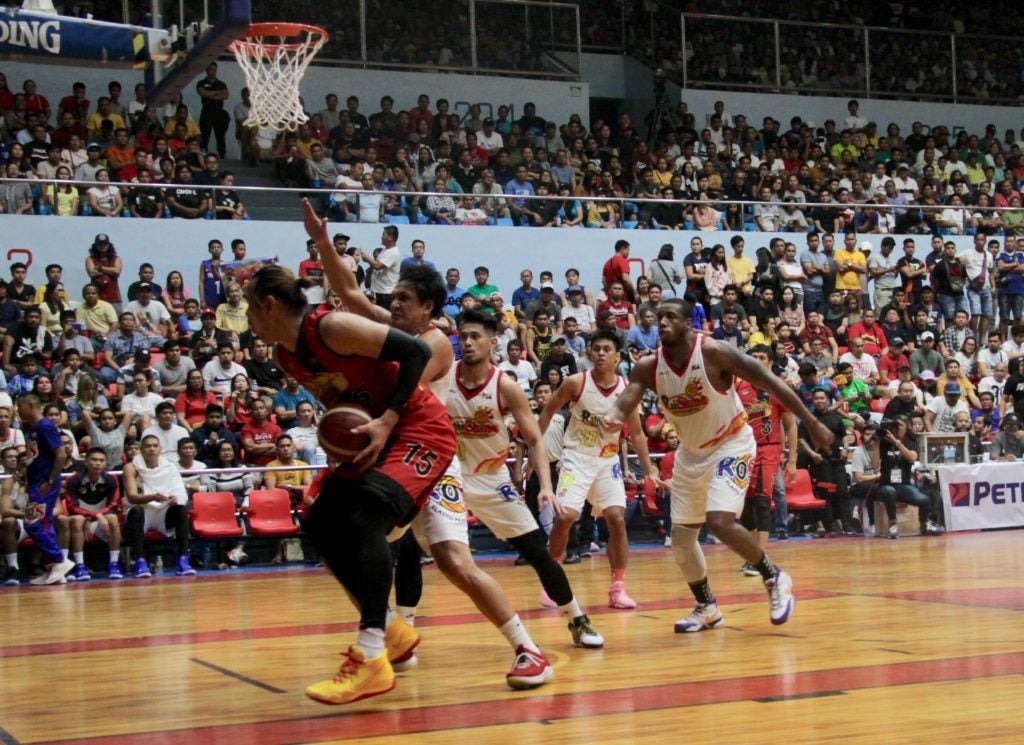 June Mar Fajardo of San Miguel tries to power his way to the basket against Jewel Ponferada of Rain or Shine in a PBA Governors’ Cup game at the Hoops Dome in Lapy-Lapu City. CDN Digital photo | Brian J. Ochoa

Lapu-Lapu City, Cebu—Rain or Shine survived a late-game rally to escape with a 91-85 win over San Miguel Beer in a PBA Governors’ Cup game Saturday night, November 9, 2019, at the Hoops Dome here.

But the Beermen couldn’t complete their comeback, failing to convert on their final plays.

The Elasto Painters, on the other hand, went steady from the stripe and held on for the win, their third in ten games that kept their playoff bid alive.

San Miguel was led by the 19 of Chris Ross while Cebuano big man June Mar Fajardo added 17 in front his hometown but committed a crucial turnover that botched the Beermen’s rally.