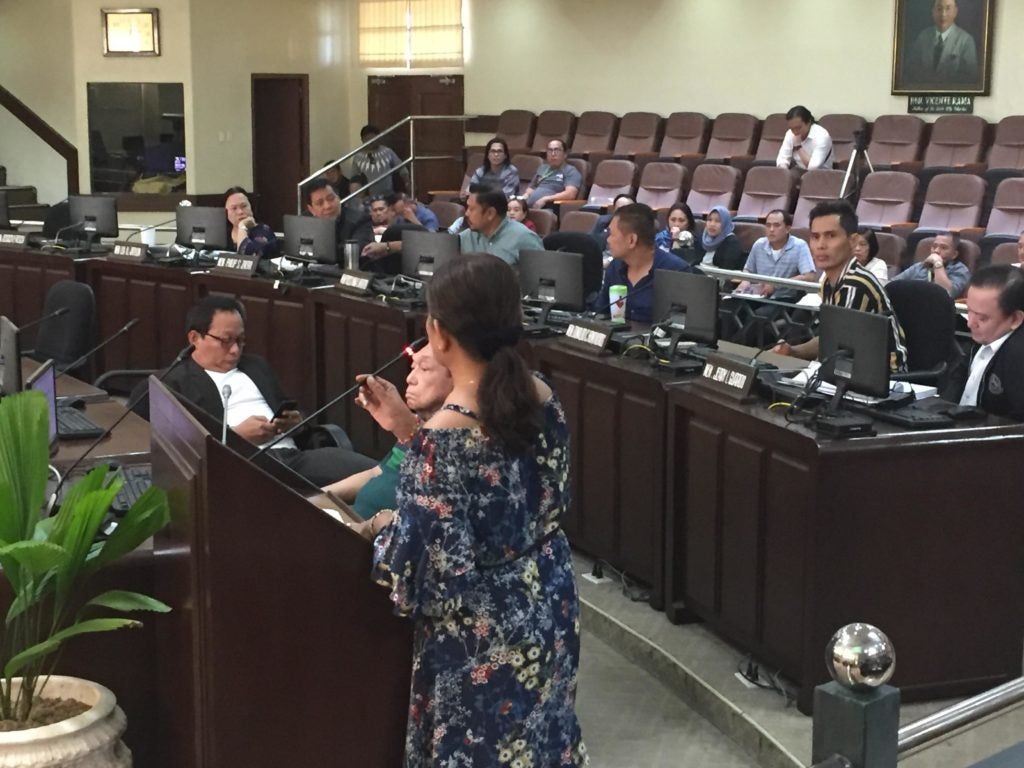 Cebu City Vice Mayor Michael Rama ordered the suspension of the budget hearing until the local finance committee has presented the source of funds. | Delta Letigio

Rama, who is the presiding officer of the Cebu City Council, said that before any budget hearing could push through, the local finance committee of the executive department would have to present the source of funds for the budget.

The budget hearing conducted by the council’s Committee on Budget was supposed to jumpstart at 9 a.m. on Thursday, November 14, starting off with the local finance committee of the executive department presenting the source of funds for the P10.4 billion proposed budget.

However, Councilor Raymond Garcia, chairman of the Committee on Budget, said the local finance committee was called for a meeting with the Commission on Audit (COA), prompting him to move the scheduled budget hearing at 1 p.m. starting with the departments under the Office of the Mayor.

The Prevention, Beautification, Order, and Enhancement (PROBE) team was the first office to present their budget which amounts to a total of P17 million.

It was followed by the Scholarship Program, which proposed P211 million for the tuition and allowances of the over 9,000 scholars of the city.

Vice Mayor Rama arrived approximately 1 hour and 20 minutes after the budget hearing began and asked for a member of the local finance committee, but only one was present.

Rama said during the hearing that there were various issues surrounding the P10.4 billion budget that would need to be addressed before any other office or department could continue to present their proposals.

He said he would want the executive department to explain why Arlene Rentuza had remained as the City Treasurer and signed the budget instead of Acting Treasurer Jerone Castillo, who by now should have been accredited as the new treasurer.

Furthermore, Rama wanted Rentuza to appear before the council and explain why she signed the budget with reservations.

“That matter, the Sangguniang Panglungsod (SP) wants to know why Rentuza signed with reservations. We need to know, it has to be under the spirit of transparency,” said Rama.

The vice mayor said the local finance committee will have to present the source of funds before the budget hearing can continue.

The local finance committee will present the source of funds on Friday, November 15, 2019.

In a phone interview with CDN Digital, Arlene Rentuza, also said she was willing to face the council to explain her reservations.

She refused to reveal the details to the media, but she said she had her reasons why she signed with reservations. /dbs

Read Next
Father and son, brgy councilors, killed by motorcycle-riding gunmen in Bayawan