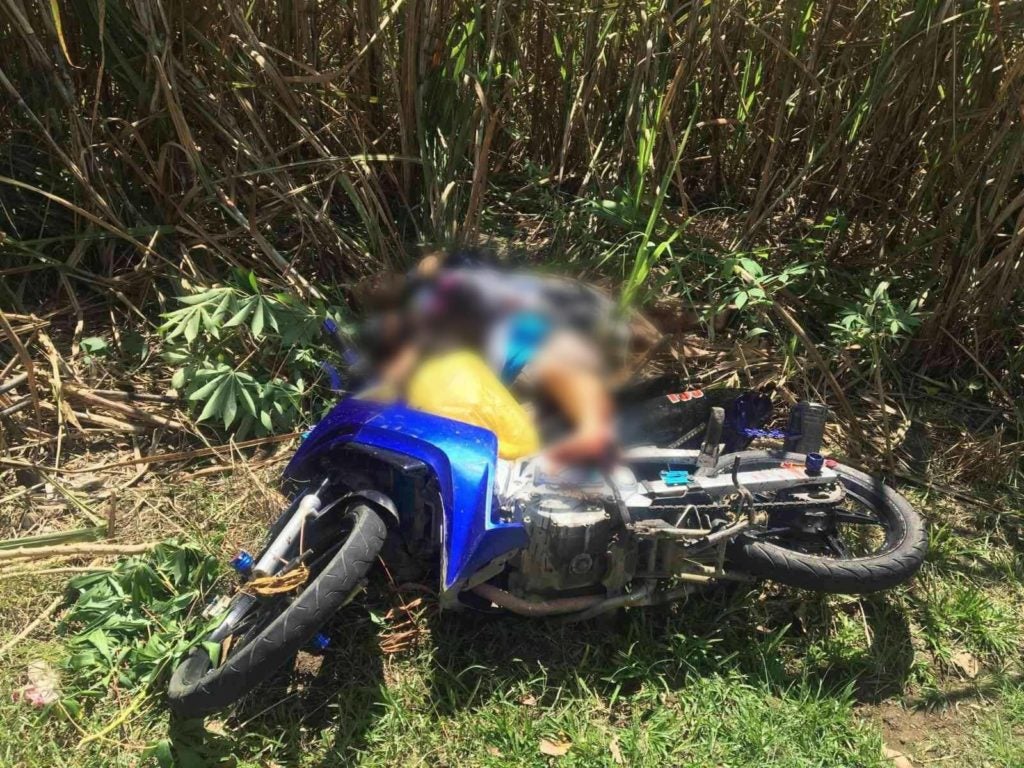 The bodies of Felipe Condez Jr., 60, and his son, Jonesis Condez, 31, lie at the side of the road after they were shot dead by motorcycle-riding assailants in Barangay Kalumbuyan in Bayawan City on November 14, 2019. | Contributed photo

DUMAGUETE CITY, Negros Oriental — A father and his son, who are barangay councilors, were shot dead by unidentified motorcycle-riding gunmen as they were heading home from Bayawan City, Negros Oriental at 10:30 a.m. Thursday, November 14, 2019.

The victims were identified in a sketchy police report as Felipe Condez Jr., 60, and his son, Jonesis Condez, 31, who are both residents of Barangay Kalamtukan, Bayawan City.

In an interview with CDN Digital, Birjes said the victims died on the spot after suffering several gunshot wounds in their bodies and heads.

As of posting, police officers of the Scene of the Crime Operatives (SOCO) are still at the crime scene to process evidence./dbs

Read Next
Around 100 houses burned down in Mandaue City fire