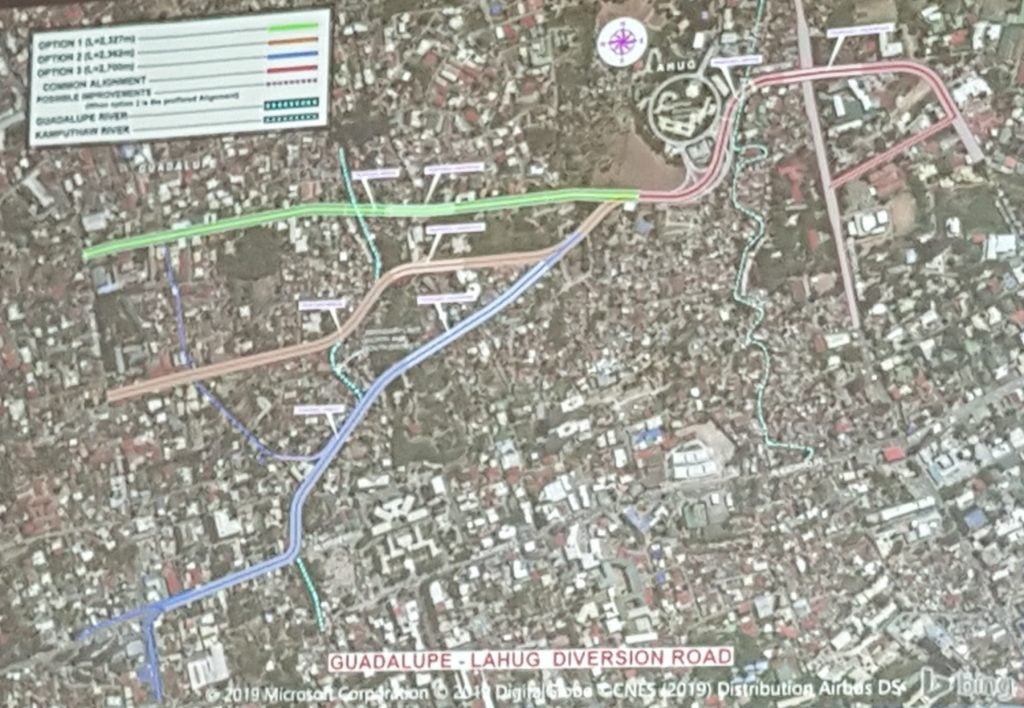 The proposed diversion road of the Department of Public Works and Highways at Barangay Guadalupe to Barangay Lahug in Cebu City. | Photo courtesy of Councilor Jerry Guardo

CEBU CITY, Philippines — The Department of Public Works and Highways (DPWH) has finished the feasibility study of a 4-lane diversion road proposed to link Barangays Guadalupe and Lahug in Cebu City.

Guardo said the estimated P2.4 billion worth of road was necessary to divert the traffic along M. Velez Street and Escario Street to higher grounds.

A short underpass will also be constructed in an intersection in Barangay Lahug in order to connect the final portion of the diversion road.

As of now, Guardo said the project was still in its early stages as the DPWH had yet to complete the Detailed Engineering Design (DED) that would identify the actual cost of the project and the number of structures that would be affected.

It may take at least two years before construction can begin as the acquisition of the Road Right of Way (RROW) may take a long time especially that many structures are estimated to affected.

(It is important that the project will be started so that traffic in the uptown area, especially at the Capitol, will be lessened. Those coming from Barangay Lahug will no longer pass through Escario Street to reach Barangay Guadalupe and vice versa.)

Guardo said that the construction of the diversion road could be a good solution to alleviate the traffic in the uptown area./dbs