CEBU CITY, Philippines — If you are on Facebook, which we think you are, then you have seen the hilarious “bakit maaga kang umuwi memes,” which feature a mother asking her schoolbag-dragging son why he went home early.

The exchanges have been edited, posted and shared different times with the answers to the mother’s question often eliciting laughs from netizens.

The memes have since covered various topics, issues and circumstances with Visayan-speaking netizens pitching in their contributions to the now-expanding list of memes that are seen on social media.

Here are some of the funny ones, we found online.

Reminder: Be sure to read the captions if you don’t speak the language. 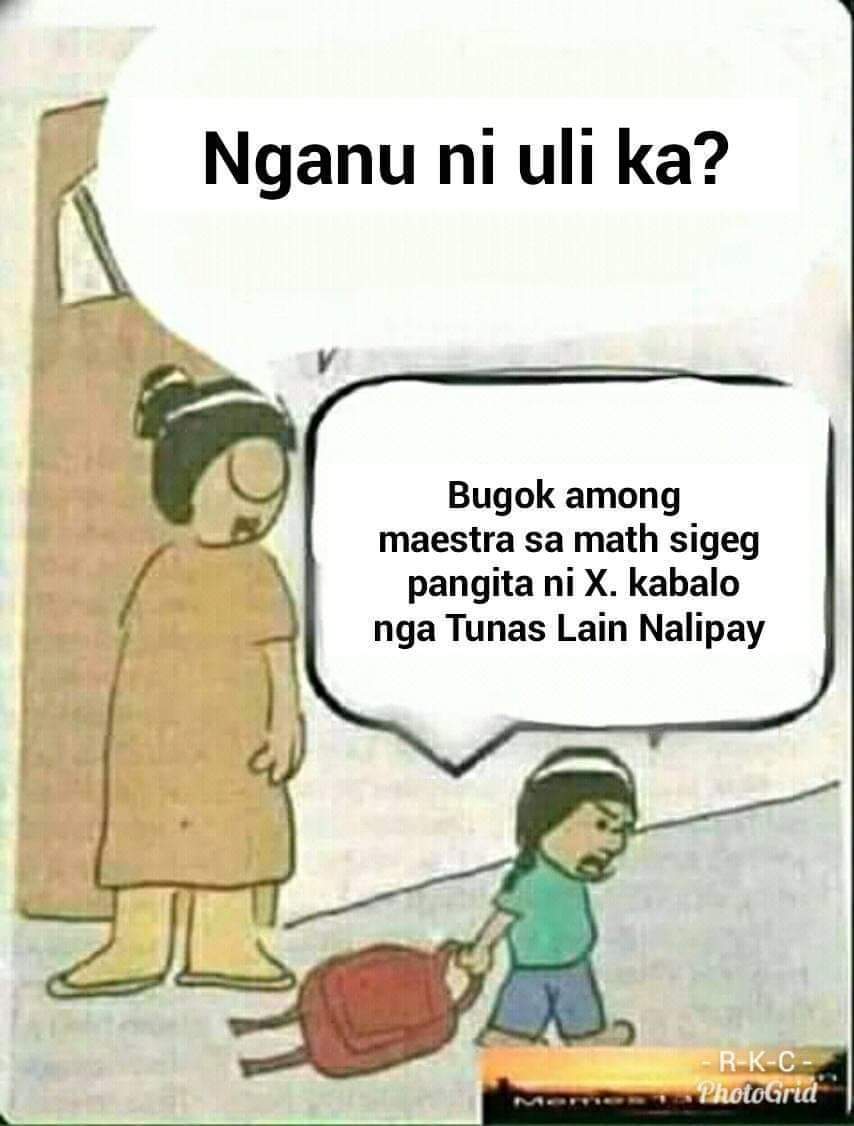 Expecting her son to be in school, the mother asked, “Why did you go home?” The son’s answer: “My teacher is clueless. Keeps on looking for ‘X’ when ‘X’ is already happy in the arms of another person. “X” as in ex-flame, ex-girlfriend. Got it? 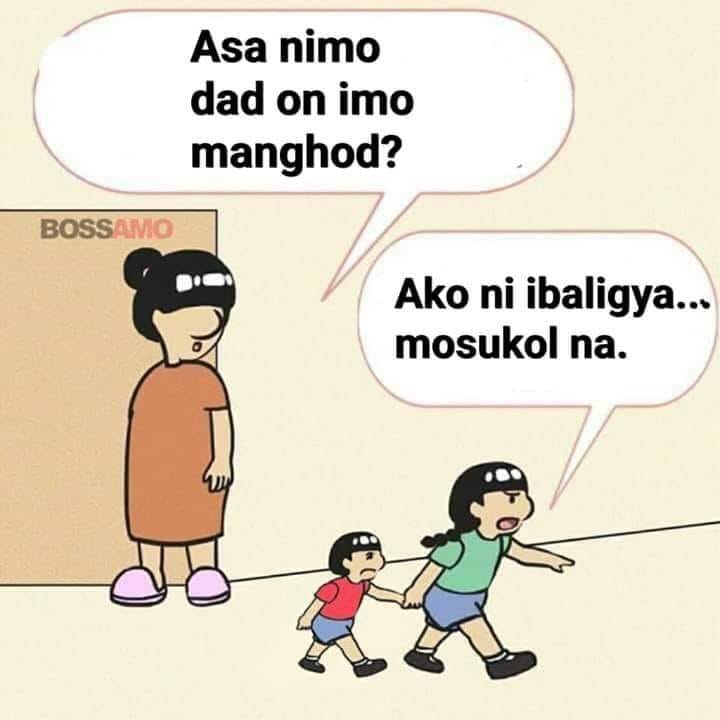 Marketing maven, musician and father of two Carlo Borromeo, shared this post on Saturday morning, November 16. No bag in the post. Just an older sister in the move to get out of the house with a younger sibling in tow.

The mother asked, “Where are you taking your younger sibling?”

The girl responded: “I’m selling (him/her). This one already fights back.”

For many parents with children who constantly fight, this one could not be more true. 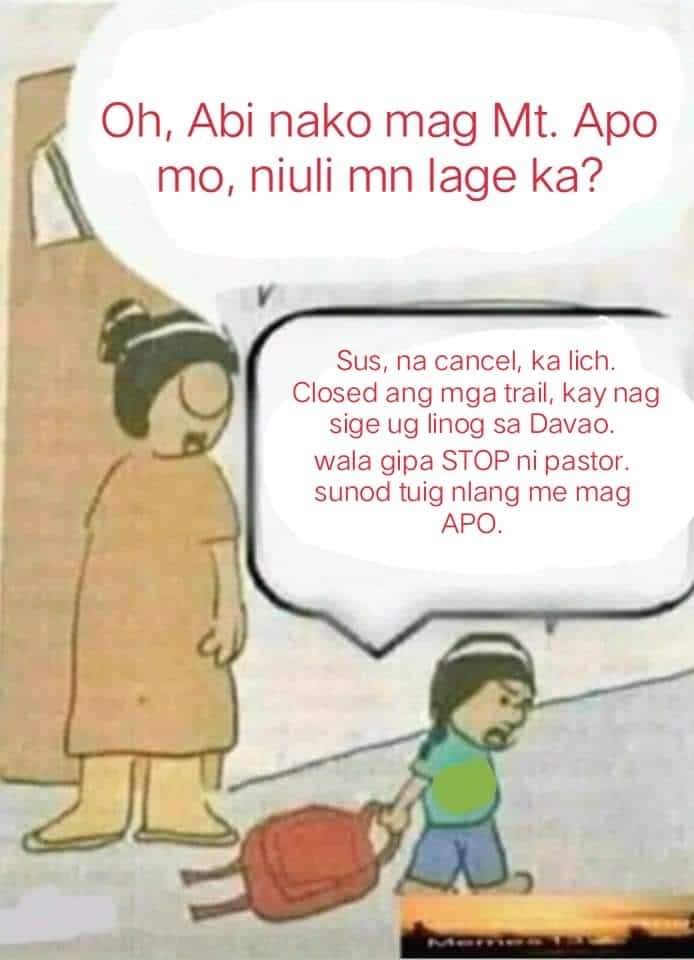 This one came from a group of mountain climbers, who failed to climb Mount Apo, because of the series of earthquake that hit Mindanao in early November 2019. The boy had a disappointed answer because Pastor Apollo Quibuloy, the self declared “Anointed Son of God,” did not stop the tremors which closed all six trails leading to the summit of the country’s tallest mountain.

READ: Quiboloy: ‘I yelled at the Mindanao quake to stop, it stopped’ 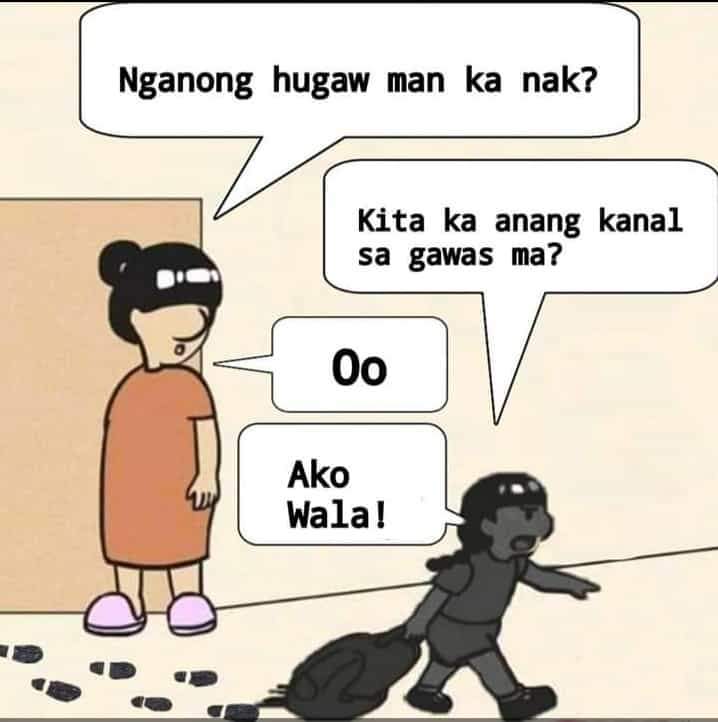 The boy enters the house all dirty and grey prompting the mother to ask, “Why are you filthy?”

Boy answered: “Did you see the ditch/gutter outside?”

And that, ladies and gentlemen, explains his state of being. 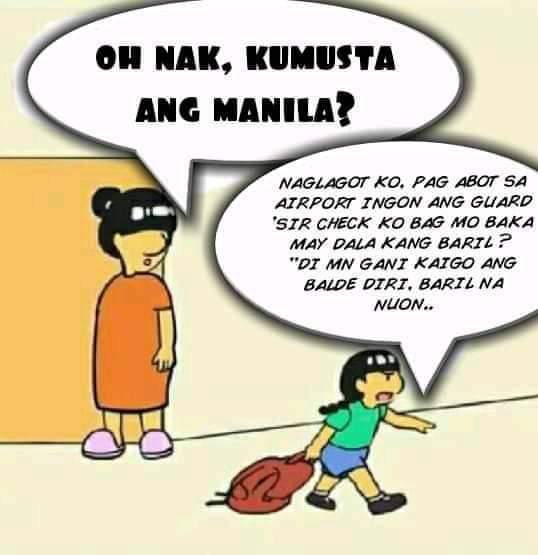 This one gives us a language lesson. Mom asked, “How was Manila?” a common question asked by friends and relatives to someone who traveled, worked or visited the capital.

The boy answered, “I’m furious. When I got to the airport the security guard told me he needs to check because I might be carrying a gun (baril). I can’t even fit a pail (balde) here (in my bag) and he’s looking for a barrel?”

The Visayan-speaking population gets this. Baril in the Filipino language means gun. In Visayan, it means barrel, which is often used to store water.

The memes have spread online and has even take on a 3D form now. 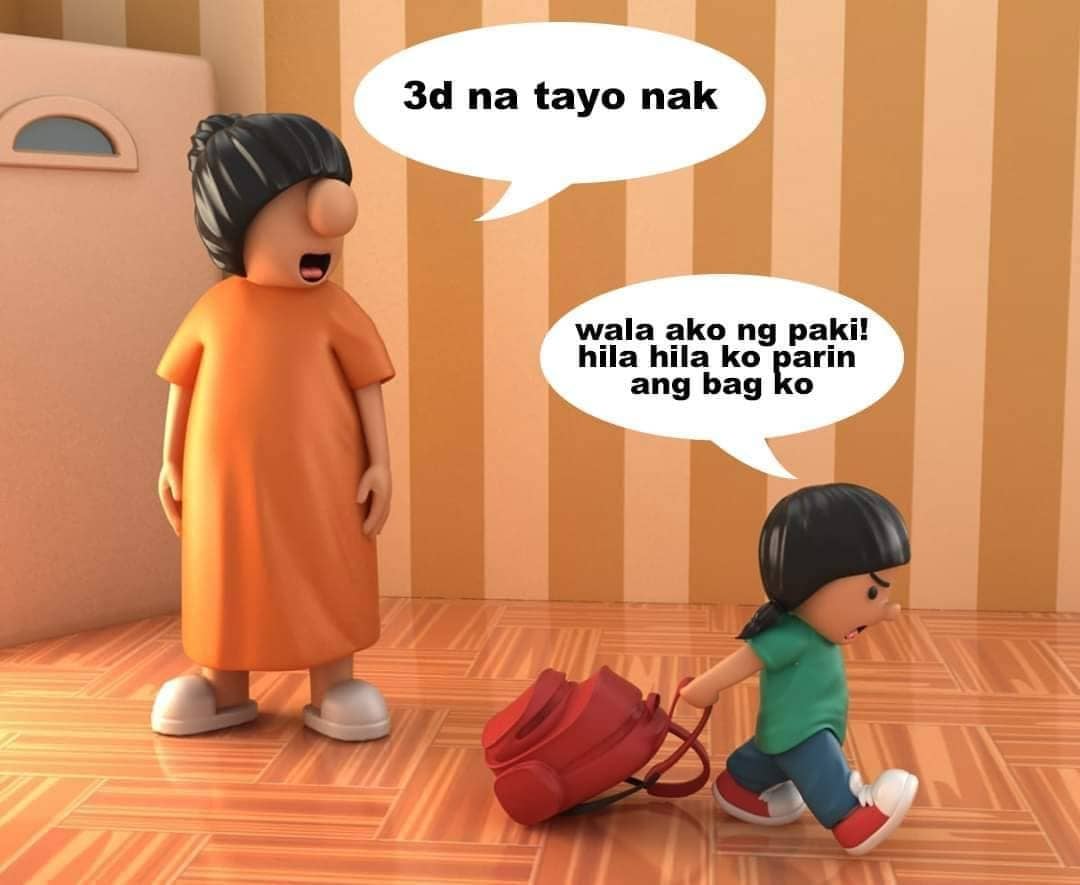