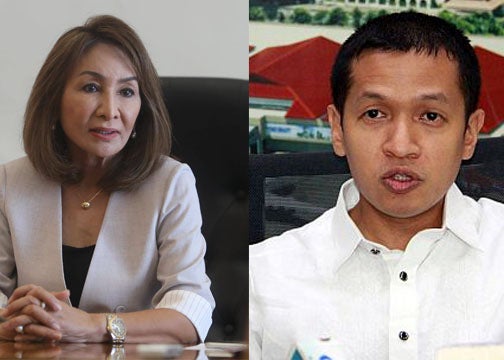 CEBU CITY, Philippines — The Cebu Provincial Government and the Mactan Cebu International Airport Authority (MCIAA) have already started talks on the planned upgrade of the airstrip on Camotes Island.

“We are in initial talks with the MCIAA… If we can reach an agreement, mahimong ilakip na nato sa atong (We may include the improvement of the Camotes Island Airport in our existing) agreement with MCIIA in developing (the) Bantayan Airport,” Garcia said.

Last September 30, Garcia and MCIAA General Manager Steve Dicdican visited the Bantayan Island airstrip and entered into a memorandum of agreement for its conversion into a commercial airport that will already cater to regular flight schedules.

Under the terms of the MOA, MCIAA will implement the improvements on the Bantayan Island airstrip.  The provincial government, on the other hand, will provide an equity which is the lot where the airport sits.

“Perhaps we will follow the same model (in the development of the Camotes Island airstrip),” Garcia said.

The planned development of the Camotes Island airstrip is expected to provide better access to the municipalities of Pilar, Poro and San Francisco. The island takes pride of its white sand and pristine beach waters.

Garcia said that an ocular inspection of the airstrip will be included in her agenda as she visits the three Camotes Island towns on November 25 and 26.

During her visit, Garcia is also set to distribute financial assistance to barangay captains for the implementation of projects, hold Capitol-funded medical missions, inaugurate newly concreted roads that form part of three sections of the provincial road and open a satellite clinic of the Provincial Veterinary Office there. / dcb

Read Next
Tiukinhoy: Students of Cesafi member schools can watch Game 1 of finals match for free