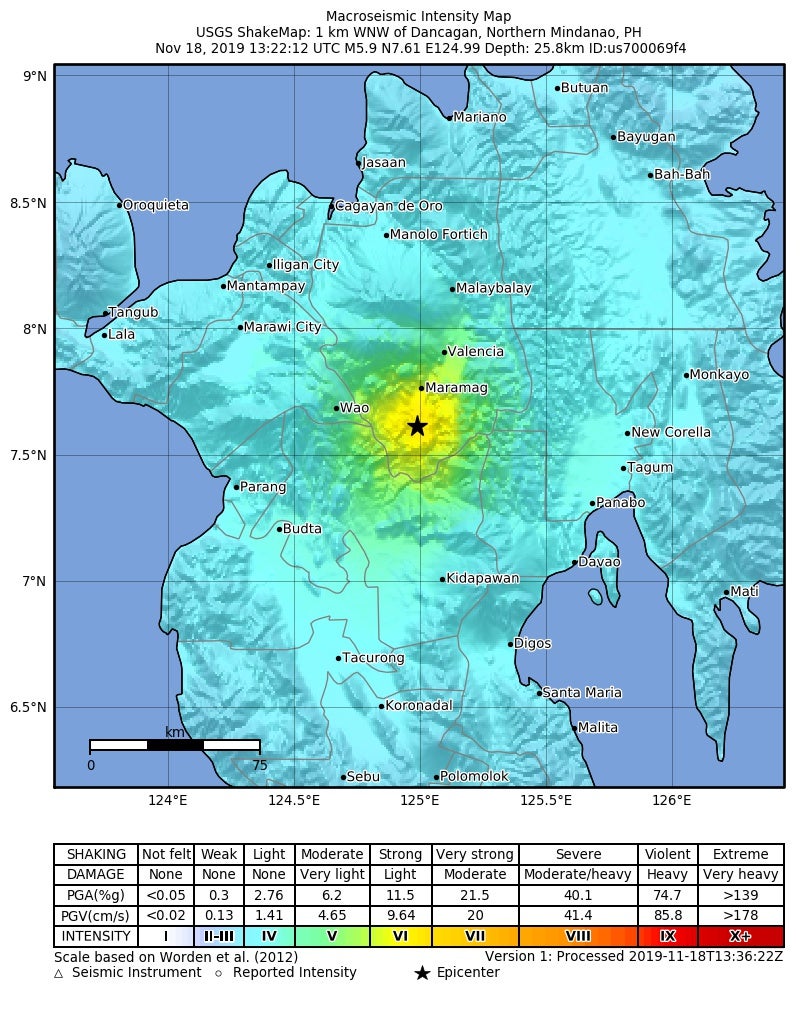 The intensity map of the magnitude 5.9 earthquake that hit Mindanao on Monday evening, November 18, 2019. | screengrab from USGS

CEBU CITY, Philippines — The victims of the recent Mindanao earthquakes have not totally bounced back on their feet yet, and another strong tremor jolted the region past 9 p.m. Monday, November 18, 2019.

The United States Geological Survey (USGS) reported the earthquake at magnitude 5.9 with a depth of 25 kilometers.

The USGS said the earthquake’s epicenter is around 1-kilometer west-northwest of Dangcagan, Bukidnon. 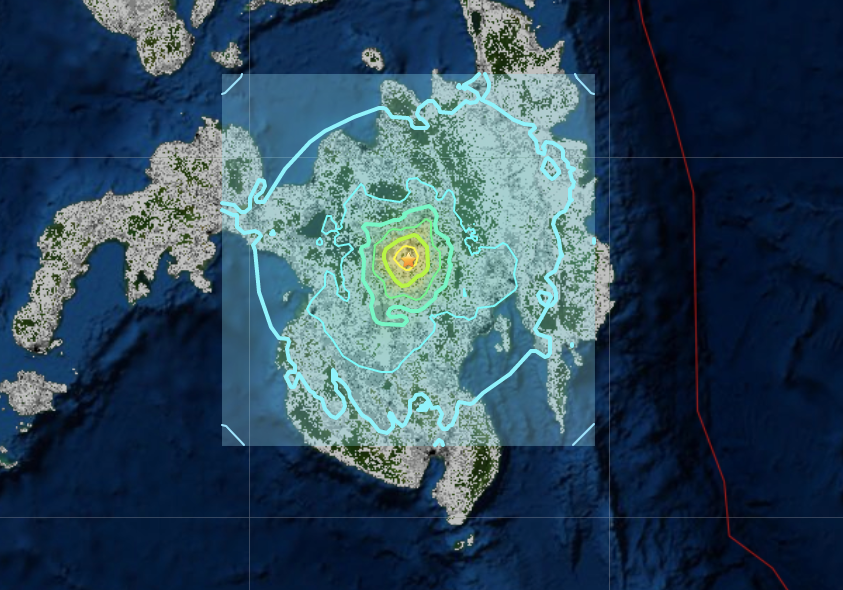 As of 10 p.m., USGS identified the towns of  Kibawe, Dancagan, Kitaotao, Don Carlos, Kadingilan, and San Vicente to have felt the ground shaking at Intensity 6.

Another magnitude 3.8 earthquake was also felt in Bukidon and its surrounding areas at 9:56 p.m., while a magnitude 3 earthquake was again felt at 10:02 p.m., according to the Philippine Institute of Volcanology and Seismology (Phivolcs). /bmjo

Read Next
Four Lapu-Lapu cops, who were caught on camera beating a man they arrested, relieved from post