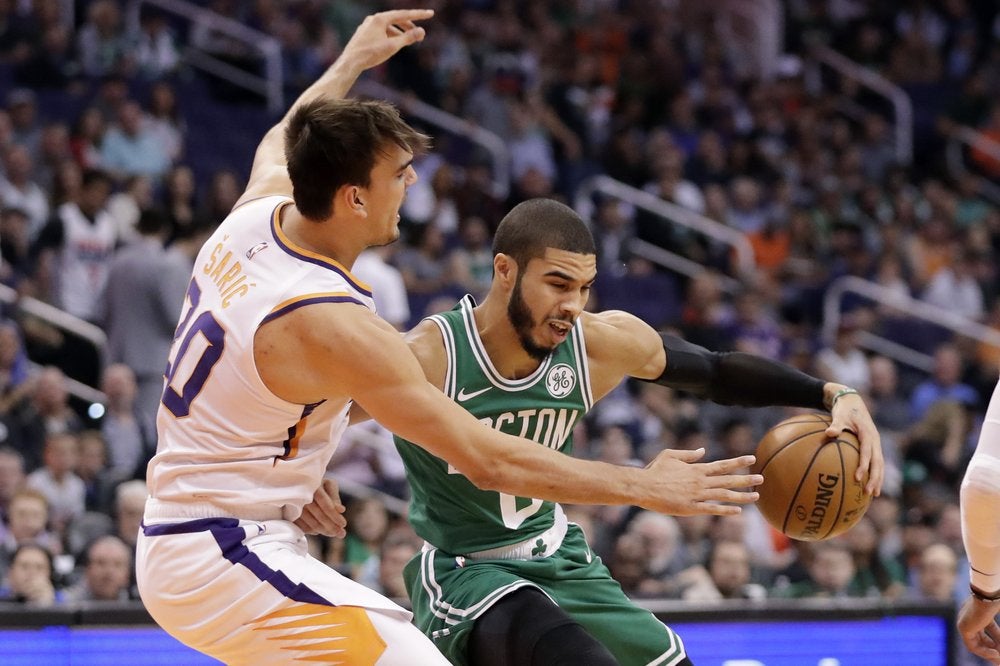 PHOENIX — Boston’s Kemba Walker took his time during the final seconds of the first half before accelerating around one defender and splitting two more while scooping a layup off the glass for the buzzer-beating basket.

One night after their 10-game winning streak was snapped, the Celtics were right back to their dominating basketball.

“We showed a lot of heart, a lot of fight,” Tatum said. “We could have held our heads down after yesterday. The streak ended and we lost a close game.

“But that’s the good thing about the NBA, no matter how good or bad you play, there’s another game coming up real soon. That’s what matters.”

Boston (11-2) had its lengthy win streak snapped Sunday by the Sacramento Kings but bounced back with a relatively easy road victory. The Celtics led by 15 at halftime thanks to a 20-4 run at the end of the second quarter and never had their lead cut to less than nine in the second half.

“You know you’re not going to win every game but when you have opportunities to bounce back and learn from mistakes and then you actually come out and do it, it just feels good,” Walker said.

Marcus Smart scored 17 points but left early in the fourth quarter because of a sprained right ankle. Smart said he might have tried to return if the game had been close and that there wasn’t much swelling after the injury.

“It just irritated the exact same ankle I was coming back from in the same spot,” Smart said. “But everything’s fine. I should be fine to play the rest of the trip.”

Phoenix (7-5) was playing without starting point guard Ricky Rubio, who was out because of back spasms. The offense never looked comfortable without him, relying on individual plays instead of their usual crisp ball movement.

“We haven’t had 20-point quarters all year, we had two tonight. It’s a great learning experience for us,” Williams said. “We have an identity and one of those components is sharing the ball. When we move the ball and have player movement, we’re pretty good.”

Phoenix shot just 40 percent from the field, including 28 percent from 3-point range, and had its lowest-scoring game of the season.

Phoenix had a 38-37 lead midway through the second quarter but scored just four points over the final six minutes of the half.

“Credit to (Boston), they’re playing well, but I’m not sure if it was them or if it was just us,” Suns center Aron Baynes said. “We just have to be better at sticking to what we do. We didn’t look like ourselves tonight.”