Duterte bans use, importation of e-cigarettes 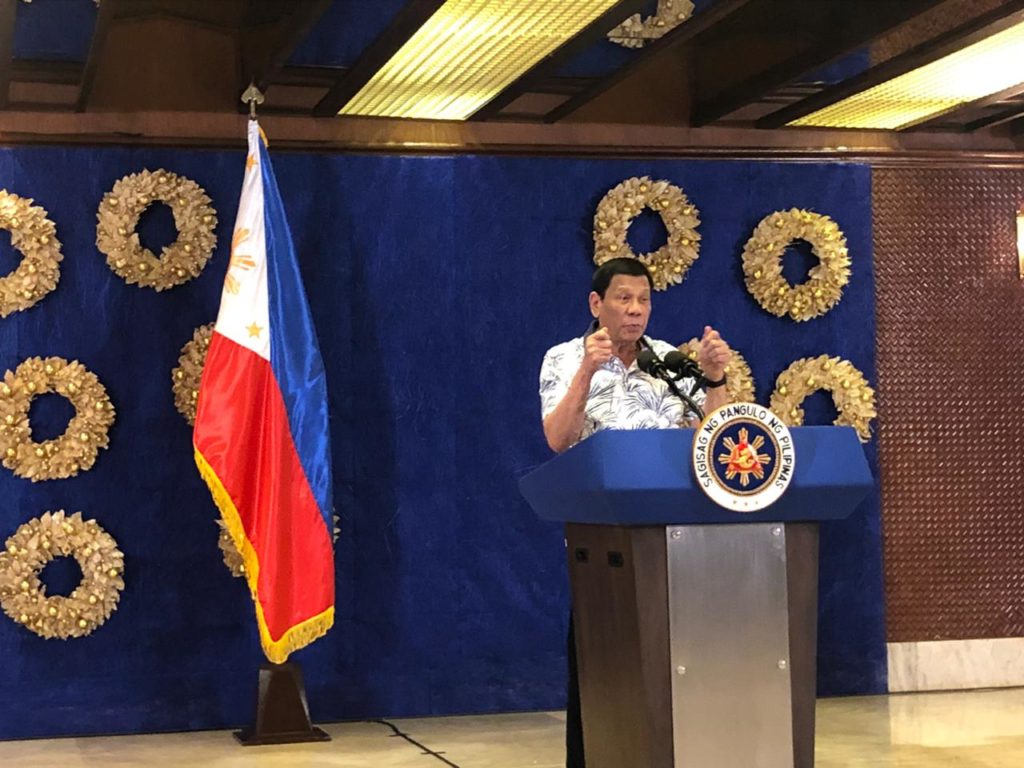 MANILA, Philippines – President Rodrigo Duterte on Tuesday, November 19, 2019, announced the banning of e-cigarettes in the country.

Duterte said he would “ban the use and importation” of vaping or e-cigarettes.

“Vaping is also dangerous, I am banning it. If you are smoking now, you will be arrested,” Duterte said in a hastily called press conference In Malacañang Tuesday night.

“I will order law enactment to arrest anybody vaping in public,” he added.

“I hope everybody is listening. You now why? Because it is toxic and the government has the power to issue measures to protect public health and public interest.”

Read Next
Regional planning and development