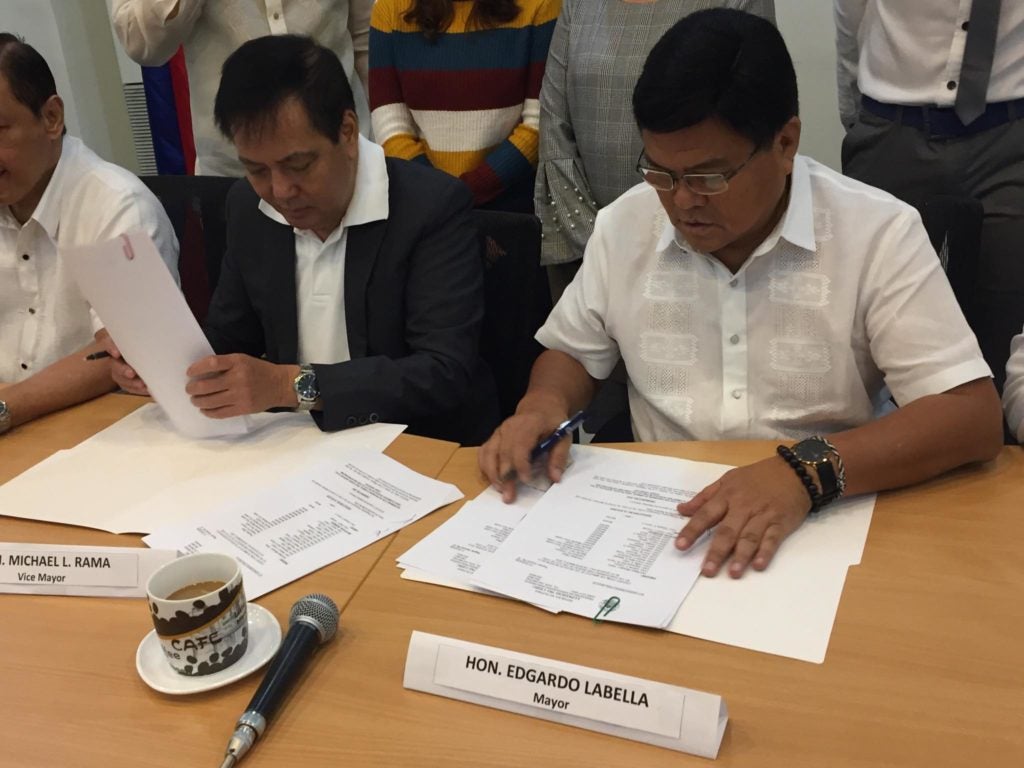 This after the City Council passed an ordinance providing annual school supplies and uniforms to all elementary school pupils.

Mayor Edgardo Labella signed the ordinance on November 26, 2019, with Vice Mayor Michael Rama and Councilors Raymond Alvin Garcia and Raul Alcoseba, the proponents of the ordinance.

Labella said that P500 million would be allocated to the pupils’ school supplies in the 2020 annual budget that had yet to be approved by the Council.

The mayor is hoping that with the free school supplies and uniforms, the children of the city will be encouraged to go to school.

“There are more or less 190,000 public school students, and it is high time that we give them school supplies and even uniforms,” said Labella.

He said many of the pupils stopped going to school because their parents could not afford to sustain their education.

The free supplies would help cut the cost that marginalized households spend for their children’s schooling.

Meanwhile, Labella also announced that all public school teachers would be given a P10,000 cash gift this Christmas.

The budget will be taken from the Supplemental Budget No. 3 amounting to P118 million to be approved by the City Council. /dbs