Cayetano: Senate, Drilon to be blamed for SEA Games mess 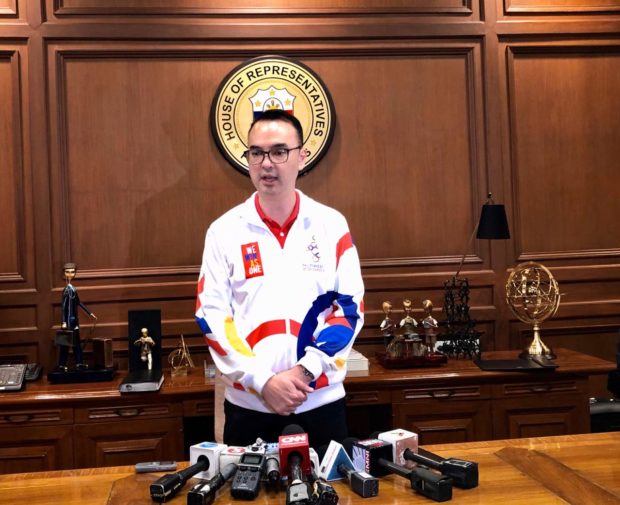 MANILA, Philippines — House Speaker Alan Peter Cayetano concurs with another lawmaker that the mishaps being experienced in the country’s hosting of the 30th Southeast Asian (SEA) Games was a result of the delay in the approval of its 2019 budget.

Cayetano pointed out that Drilon was the one who moved to cut the budget for the SEA Games and have it transferred to the Philippine Sports Commission (PSC).

(But he’s the one who’s leading the criticism. Of course I was in the Senate and I don’t want to be rude. I am just saying this in the context that we need better communication.)

Drilon earlier slammed Romero’s accusations as an “insult” to the leadership of the Senate and said the party-list lawmaker’s claims were “misplaced” and “baseless.”

He also said that the delay in the 2019 budget approval was due to unconstitutional insertions made by House members “in the budget to the tune of P95.3 billion worth of pork barrel funds.”

“To refresh Mr. Romero’s memory, had it not been for the solution or compromise that I proposed, which enabled Senate President Vicente Sotto to sign and send the 2019 budget to Malacañang, we would not have resolved the 2019 budget impasse and we would have continued on a reenacted budget,” Drilon said in a statement.

The issues surrounding the SEA Games were highlighted after national football teams from four countries complained of getting messy receptions upon their arrival in Manila this weekend.

Players from Timor-Leste and Myanmar had to wait for hours at the airport when they arrived in Manila.

It also took several hours for Thailand’s football players before they could exit the airport due to problems with securing their IDs and the accreditation of their support staff.

Meanwhile, members of the Cambodia team were seen sleeping on the floor and on chairs at a hotel’s conference room in photos that circulated in social media.