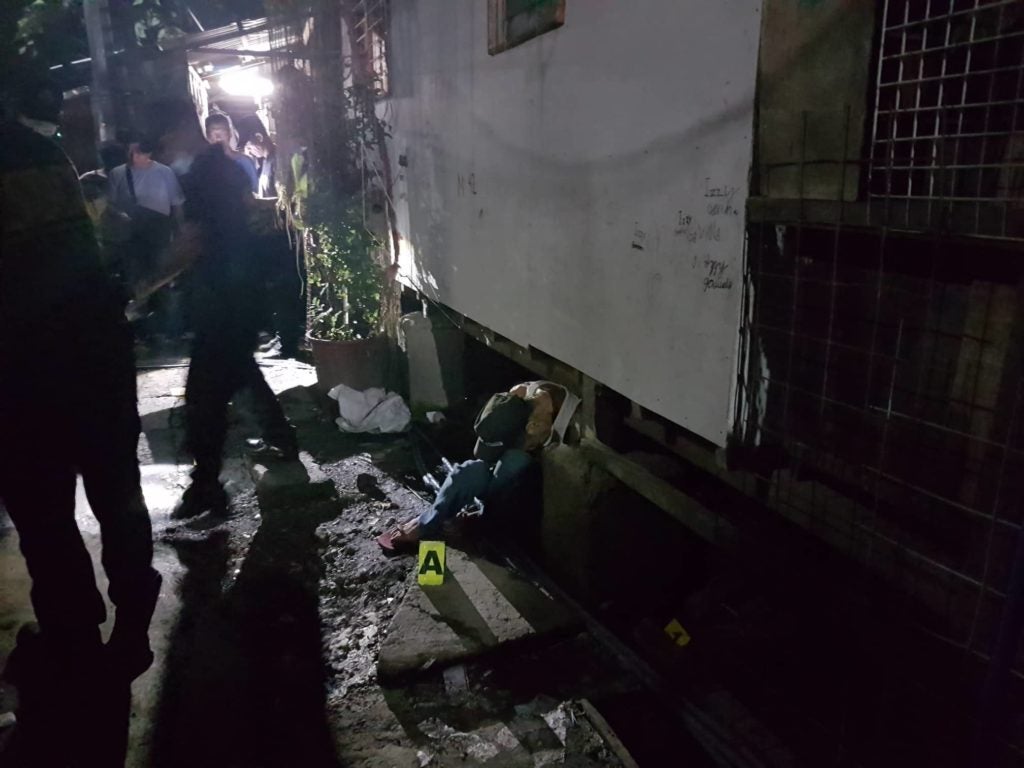 Police check on the body of Erwin Vestil, who was shot dead in an alley in Sitio Riles, Barangay Hipodromo in Cebu City at past 6 p.m. of November 26. | Alven Marie A. Timtim

Vestil suffered three gunshot wounds in the arm, chest and back, which caused his death.

Bacus said that they were investigating if the killing was an illegal drugs-related crime, which would be a possible motive in the attack.

He said that they were pursuing this after Vestil’s father told them that his son allegedly used illegal drugs.

He said that Vestil was reported to have been arguing with an unidentified man in the alley before shots were fired.

Bacus said that residents could have seen the assailant, but no one had come forward to tell police about the shooting incident.

(The neighbors refused to give their statements maybe because they’re afraid, which we also understand since they might also be the next target.)

For now, Bacus said that they were trying to get a copy of the footage of a closed circuit television (CCTV) near the area of the crime to help them in their investigation of the case. /dbs