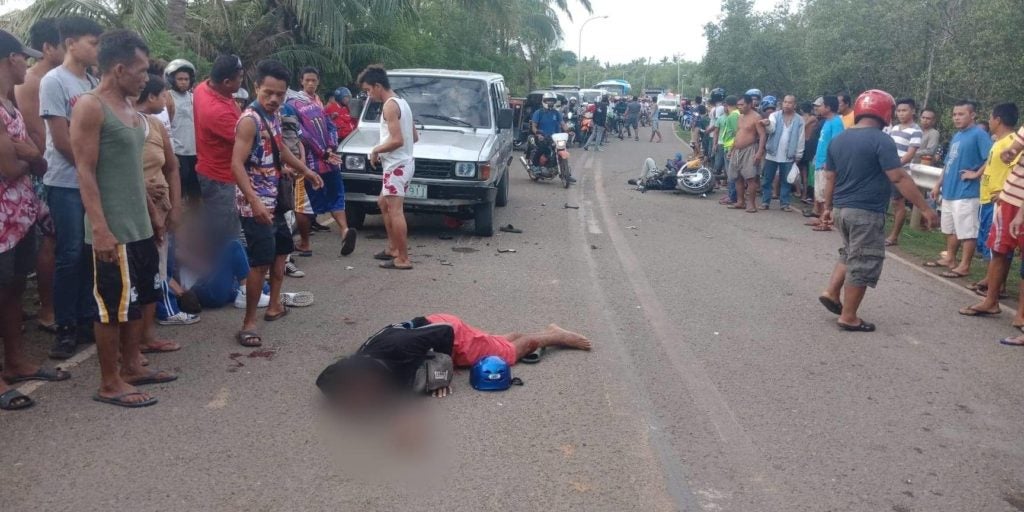 Residents in Sitio Bonbon, Barangay Poblacion, in Pinamungajan town Cebu gather to check the accident site where two motorcycles collided head on, resulting to the death of one person. contributed photo | Pinamungajan police

Three other persons were also injured in the accident that involved two motorcycles.

The fatality was identified by the police as  Cristoto Ohayas, who was 40 years old.

Ohayas was declared dead on arrival (DOA) when brought by the district hospital while the three others were referred to Vicente Sotto Memorial Medical Center (VSMMC) in Cebu City for further treatment.

Police Corporal Michael Vincent Balicoco, of Pinamungajan police station told CDN Digital that Ohayas, from Barangay Busay, of the same town, drove a blue Rusi motorcycle with a 15-year-old girl as a backrider and was heading south.

Balicoco said that both motorcycles collided head on when they overtook vehicles ahead of them at the same time.

Upon collision, passengers and drivers were thrown off their motorcycles and landed hard on the side of the road.

Balicoco said both Pacillos and Ohayas did not have any driver’s license upon their initial investigation.

He also said they will be conducting intensified checkpoints in towns to check if motorcycle drivers are driving with complete papers. /bmo