PNP in praise of cop killed in Misamis grenade blast 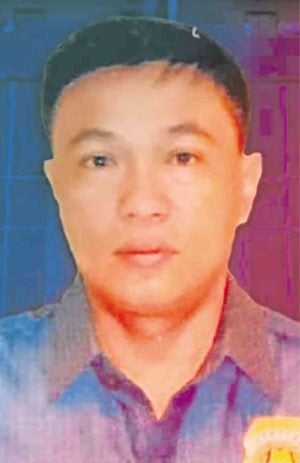 The Misamis Oriental policeman who was killed after he used his body to shield a crowd from a grenade blast on Thursday will be honored for his “heroic deed” by the Philippine National Police, in rites to be held after the 11-day Southeast Asian Games (SEAG) being held in the country.

Police Senior Master Sergeant Jason Magno of the Initao police station “truly lived up to his sworn duty, to serve and protect [the people] even if it cost him his life,” PNP spokesperson Police Brig. Gen. Bernard Banac said on Friday.

On top of the posthumous award to be bestowed on Magno by acting PNP chief, Police Gen. Archie Gamboa, his family will receive some P680,000 cash benefits, a lifetime pension of P15,000 a month and a similar amount in additional pension for five years from the National Police Commission (Napolcom).

The awarding rites will be set on a date after the SEA Games so that Gamboa can visit Magno’s family and personally hand over the award, Banac said.

According to a report by Cebu Daily News, Magno was killed after the grenade dropped by illegal logging suspect Ibrahim Basher, 65, exploded.

The explosion killed Magno and injured 17 others, including Police Master Sargeant Alice Balido, who was still able to shoot the suspect dead.

Prior to the explosion, witnesses said, a hostile-looking Basher, whose truck was earlier apprehended for allegedly carrying illegally cut lumber, entered the compound of Initao College to look for an employee of the Department of Environment and Natural Resources.

When he failed to find the employee, Basher ran amuck and repeatedly struck the door of an office, prompting onlookers to alert the police.

Arriving at the scene not knowing that Basher was carrying a hand grenade, Magno and Balido tried to pacify him.

“They did not know that the suspect had already removed the safety pin and was just holding on to the safety lever and the grenade itself,” Banac said.

Seeing the grenade fall on the ground, Magno reportedly used his body to shield the onlookers, mostly students.

“We consider him a hero [as well as] his buddy (Balido) who also got hit by shrapnel. Despite her injuries, she still managed to respond to the call of duty with courage,” Banac said.