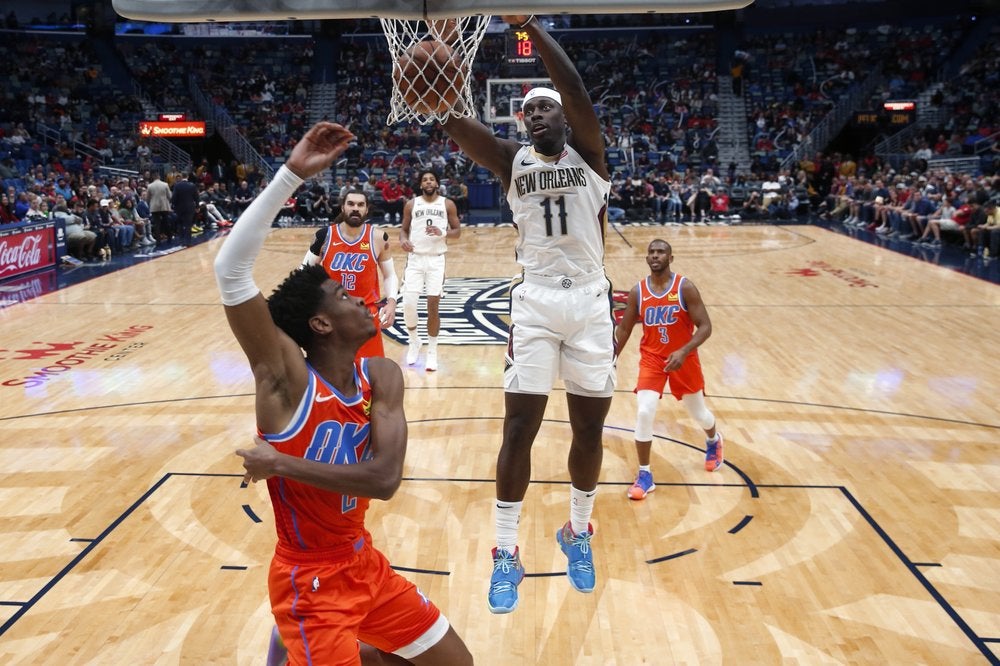 NEW ORLEANS — Chris Paul has seen just about everything in his 15-plus season.

So, when it was a matter of who would take control of a tight game down the stretch against the New Orleans Pelicans on Sunday, (Monday morning, December 2, 2019, Philippine time), the 34-year-old Oklahoma City point guard simply drew on his deep memory bank and put everything on cruise control.

But it was Paul who took over the game when the Thunder needed someone to step up.

“I don’t know. It’s just winning time,” Paul said of the critical sequence that followed Lonzo Ball’s fourth 3-pointer of the game, which gave New Orleans its biggest lead of the game. “Fortunately, I’ve been in that situation a thousand times. If you’re (not double-teamed), you go downhill and be aggressive. If you’re doubled, you try to make the right play.”

Paul started his streak with a pair of 15-footers near the free-throw line and then nailed a deep, fallaway, 3-pointer from the right baseline over the outstretched arms of onrushing 6-foot-11 New Orleans rookie center Jaxson Hayes, which gave the Thunder a 101-94 lead.

“I was just reacting,” Paul said. “I’ve shot that shot probably seven times straight and missed it, so I was probably lucky.

Said Adams: “I didn’t even see Chris. He just disappeared.”

The ball went in. On the Thunder’s next possession, Paul fed Adams in the lane with a slick pick-and-roll pass, and Adams, shooting just 40% from the foul line this season, made both free throws. Adams made 3 of 4 down the stretch and finished the game 5 of 6.

“My eyes were closed every time, mate,” Adams said, laughing. “I was actually aiming for the top right corner of the backboard.”

Thunder coach Billy Donovan said his team’s second consecutive victory over the Pelicans – the result of good decision-making in the final five minutes of the game – was a credit to Paul’s expertise running the show.

“Steven and Chris in the pick and roll in the middle of the floor was really good closing the game,” Donovan said. “I thought Chris did a great job managing the clock and managing the game and getting guys where they needed to go.”

Jrue Holiday had 26 points for New Orleans, Brandon Ingram added 20, and Josh Hart had 11 points and 11 rebounds. The Pelicans have lost five in a row.

New Orleans coach Alvin Gentry said he was puzzled by the disparity in free throws – the Thunder took 26 foul shots to the Pelicans’ 10 — but added his team has to learn how to finish games. In a 109-104 loss to the Thunder on Friday night, the Pelicans went scoreless over the final 2:48.

“We just have to close games,” Gentry said. “Their star player, CP (Chris Paul), made plays for them, and that is what stars do, but we have to get it in the basket.”