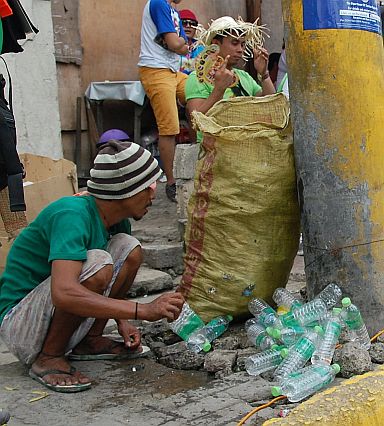 CEBU CITY, Philippines — The Cebu City Environment and Natural Resources Office (Cenro) wants stricter guidelines and prohibitions for the regulation of single-use of plastics should the council pass an ordinance to regulate them extensively.

The public hearing also tackled an amendment proposed by Councilor Nestor Archival for the ordinance that bans plastic shopping bags twice a week, on Wednesdays and Saturdays.

Archival proposed that the plastic ban be made into thrice a week or on Wednesdays, Fridays, and Saturdays.

The Cenro was called to speak to the council on their position on the ordinances.

Lawyer John Jigo Dacua, head of Cenro, said the office fully supports the move to regulate and  ban single-use-plastic in the city.

Dacua said the regulation of single-use plastics would decrease the amount of garbage collected by the city by up to 30 percent.

“Sustainable plastic waste management and strict implementation should be one of our key priorities. To achieve this, we need to abandon end-of-the pipe approaches. We need to have the right ordinances and strong implementation of such,” said Dacua.

However, Dacua said the law enforcement offices do not have clear guidelines on the prohibition, offenses, and penalties on the implementation of the ordinances.

These offices include the Cenro, Probe (or the Prevention, Restoration, Order, Beautification, and Enhancement), and Parks and Playgrounds.

Dacua said it is difficult to implement ordinances if the guidelines are not set because the functions of these offices may overlap causing confusion in the implementation of the ordinance.

He said the new ordinances should at least present the guidelines and prohibitions that the enforcing offices can follow as a foundation for their implementing rules and regulations.

Dacua said Cenro is “all-in” in the ban or regulation of single-use plastic.

This is not the case for the Cebu Chamber of Commerce and Industry (CCCI).

The organization of business enterprises  in Cebu said their industries will be gravely affected if a sudden ban of single-use plastic will be implemented.

“Many industries will suffer because many industries use plastic to wrap their products. Paper is not good with moisture,” said Francis Dy, board secretary of CCCI.

Dy said that a gradual ban of single-use plastic will allow businesses to adapt to change and find alternatives to plastic.

He urged the City Council to also help find alternatives and make them accessible to businesses especially the small enterprises.

Dy hopes that before the ordinances will be passed, the council will consider the plight of the business sector.

Vice Mayor Michael Rama, the presiding officer and the chairman of the committee on the environment, said he will make sure the concerns of the Cenro and the CCCI will be considered in the passing of the ordinance. / celr