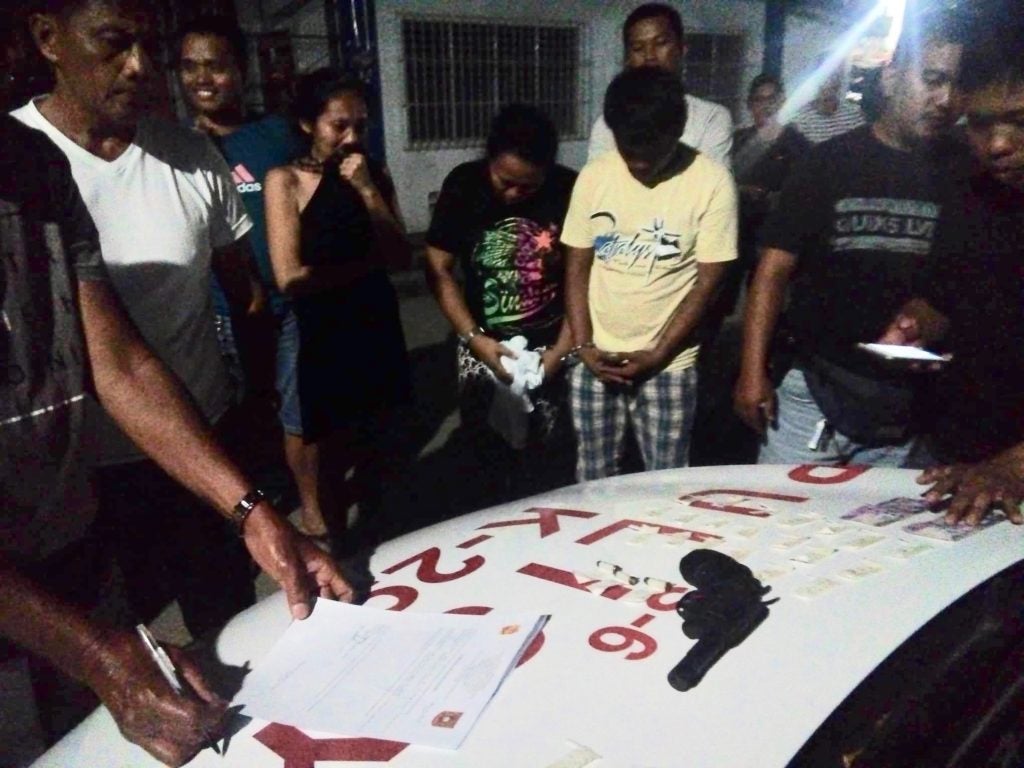 The suspects who were nabbed in a drug bust in Mandaue City wait for police to finish the paper works after they were arrested on Wednesday, December 4, 2019. CDN Digital photo | Norman V. Mendoza

MANDAUE CITY, Cebu—A couple and a woman neighbor were nabbed by police in a drug buy-bust operation past 10 p.m. Wednesday, December 4, 2019, in Barangay Tawason, here.

Police Major Hugo Rio Ipong, Station Commander of the Canduman Police Station, said they transacted with Inoc after learning of his illegal drug activity a week ago.

Recovered from Inoc were 19 small packets of suspected shabu worth P3,800 and a .38 revolver with three live ammunition.

Griño and Borbajo, who were with Inoc inside his rented room, were also found with small packets of suspected shabu each.

The suspects are currently detained at the Canduman Police Station pending the filing of appropriate charges. /bmjo

Read Next
Explosive Gilas Pilipinas not yet at its best, says Tim Cone