Puto pinalutaw, a mom and daughter’s bond, and Christmas 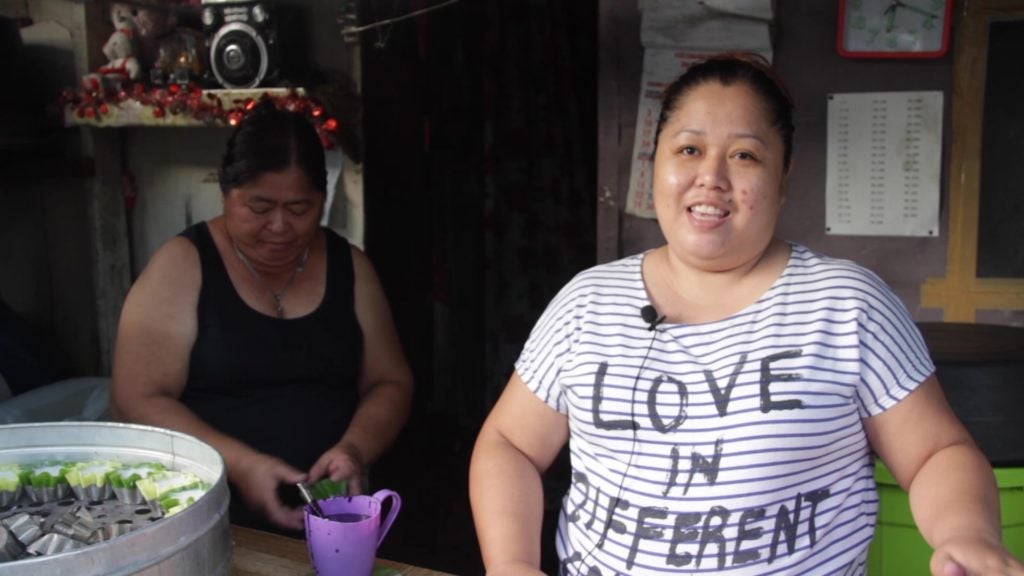 CEBU CITY,Philippines — A favorite Cebuano “kakanin” that’s best paired with dinuguan (pork blood stew) or a good cup of coffee sold in a small store in Barangay Punta Princesa, Cebu City has been the go-to snack for most of the churchgoers in the area especially during the Christmas season.

This famous “puto pinalutaw” (rice cake) of the mother-daughter tandem, Sofia and April Villamor, has been satisfying their customers for almost 20 years.

Sofia Villamor, 55, owner of this putohan in Punta Princesa, told CDN Digital how she started selling these crowd favorites.

(My mother was the one who taught me how to do this and I also taught this to my child.)

Since the year 2000 this has been Sofia’s bread and butter for her family, especially her three children, Norman, 34, April Rose, 28, and Shady, 22.

But among her three children, Sofia is joined by just one of her daughters, April.

(My other siblings already have families and I’m the only one left to help mama. My father also died five years ago.) 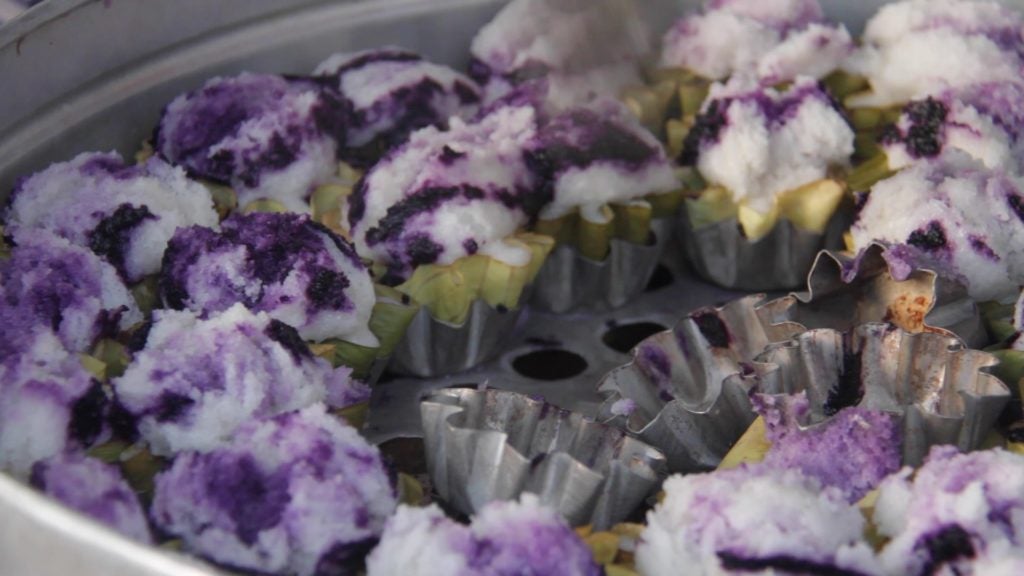 Puto pinalutaw is one of the favorite go-to snacks of parishioners after attending Mass at the Lourdes parish. | Raul Tabanao

But before they can sell these crowd favorites, April shared with CDN Digital how these were done.

(First, we grate the coconut as early as midnight. Then the coconut milk will be mixed with the grated rice. Then we add sugar and the violet food coloring.)

After which they put the mixture in a molder, which they will steam for 20 minutes and then that’s good to go.

Their store opens as early as 5 in the morning and can go until noon depending on how many puto pinalutaw there is left to sell.

(In one day, we can sell 300 of the sweets at 7 each piece. That is enough for us so that we can make puto pinalutaw for the next day.)

April recalls that it is during the start of the Misa de Galeo when they feel like their puto pinalutaw is seen as the star of the season.

(We have a lot of customers here on those days. Some will buy before attending Mass so that they can have the putong pinalutaw before it is sold out. We are also happy that they get excited when they see our products.)

To most of us this story may seem like an ordinary story of puto pinalutaw vendors, but to Sofia and April, this is their story of survival and a story of how selling these sweet created an unbreakable bond between a mother and a daughter.

This Christmas season they will be preparing for a much bigger crowd to flock in their small store a couple of steps away from the gates of Lourdes Parish./dbs

Read Next
SM, BDO surprises Cebuanos with an all-star treat at the Pamaskong Handog 2019