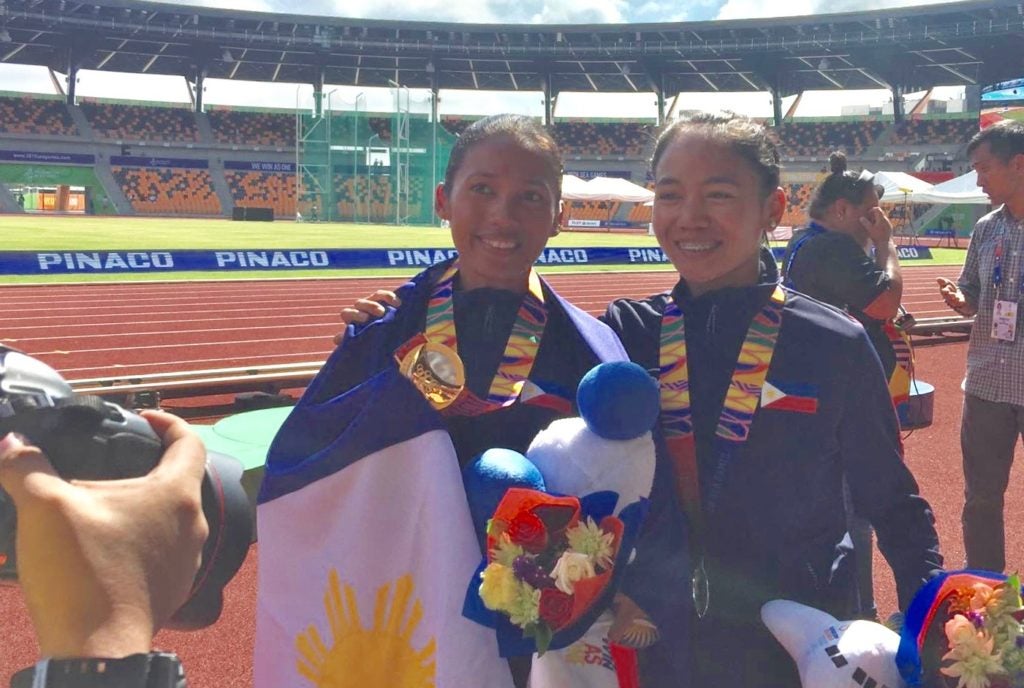 New Clark City—Another petite runner won the gold for the Philippines in women’s marathon in the 30th Southeast Asian Games.

Hallasgo clocked two hours, 56 minutes and 56 seconds to defeat Tabal, who had to be carried out on a stretcher after reaching the finish line.

The six-time Milo National champion Tabal finished with a time of 2:58:49.

(I really didn’t think of beating [Joy Tabal]. I only thought of making sure the country would win a medal.)

Hallasgo was trained by the Philippine Athletics Track and Field Association (PATAFA), Inc. and coached by Olympian  Eduardo Buenavista.

Buenavista said Hallasgo was discovered in the national open and also competes in Milo Marathon races.

(At the start, I told her to wait for the perfect timing. If she sees that the competition slows down, that’s when she makes her move.)

Hallasgo picked the perfect time to make her move.

(What Christine did was to stay behind until the last two kilometers. She really focused on the leader. When she reached the final kilometer, she stayed close. When she overtook her rival in the last 500 meters, the competition wasn’t able to cope.)

Hallasgo trained in Tarlac for most part of her preparation for the biennial meet, but she said she still had a tough time in the race.

The 1-2 finish of Hallasgo and Tabal kicked off the country’s campaign in track and field events of the multisporting meet. /bmjo