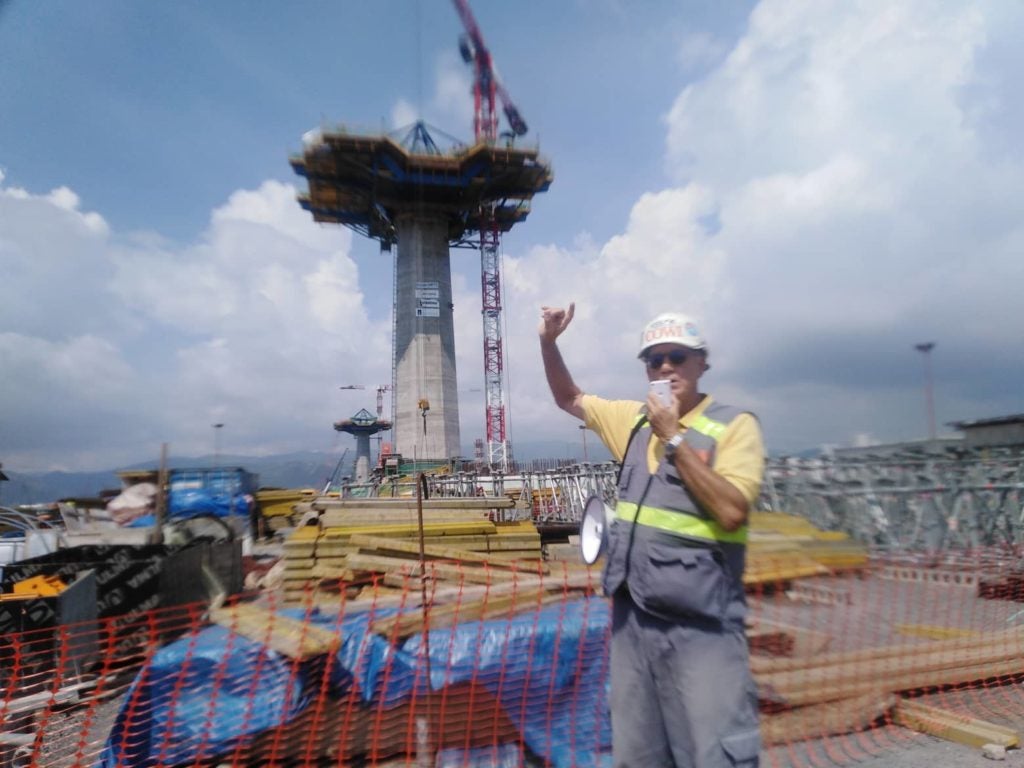 Allan Alfon, Cebu-Cordova Link Expressway Corporation (CCLEC) president and general manager, revealed that the project was 47.32 percent completed as of December 6, 2019 after a year since they started on August 2018.

The 8.5-kilometer expressway, linking Cebu City and Cordova town, is expected to open by August 7, 2021.

“Generally we are on track with the target completion date,” said Alfon in a press conference.

As of now, the main structure for two towers of the main bridge, connecting the South Road Properties (SRP) viaduct to Shell Island, is almost complete which will be followed by the construction of the deck of the bridge, its upper pylons, and cable stays.

Robert Uthwatt, COWI-DCCD project manager, said the bridge was built with an iconic design that would make it a unique architectural symbol of Cebu.

A steel cross at the top of the 145-meter pylons will be the highlight of the bridge that can be visible by land, sea, or air.

The main bridge will also be 51 meters above sea level allowing big sea vessels to pass underneath even during the construction of the bridge’s main deck.

“There will be no disruption of sea vessels passing through the channel,” said Uthwatt.

The P30 billion project is expected to ease the traffic congestion in the First and Second Mandaue-Mactan Bridge.

The mobility it provides is also expected to help the town of Cordova and develop economically and boost Cebu City’s current economy.

Finally, the CCLEX employs at least 1,906 local personnel to provide jobs to the Cebuanos./dbs