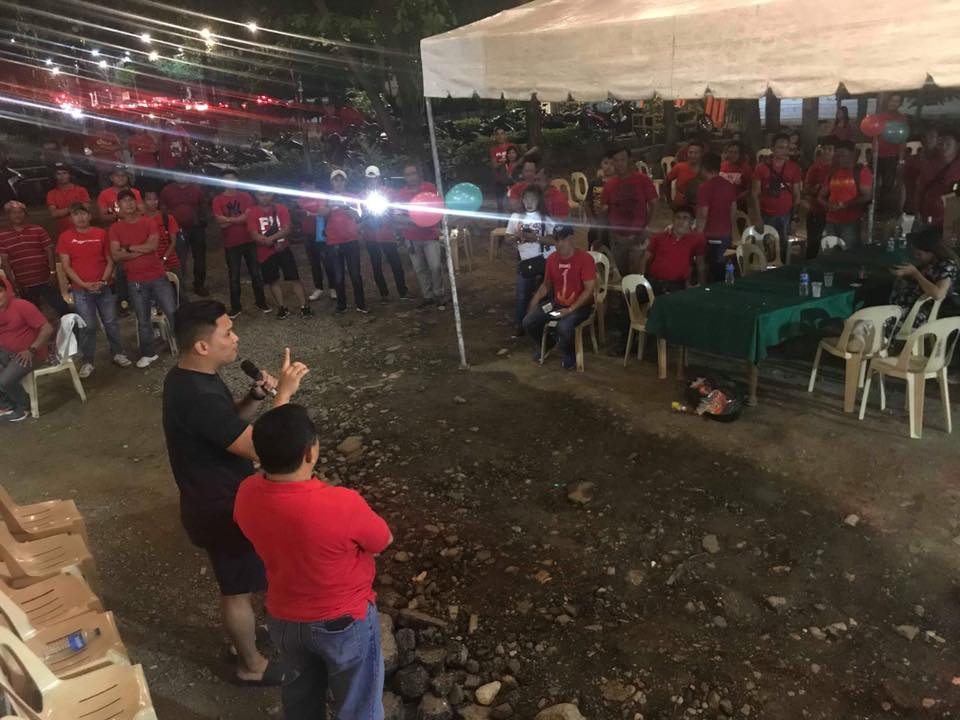 Personnel of the City of Talisay Traffic Operations Development Authority (CT-TODA) and the City Disaster Risk Reduction and Management Office (CDRRMO) were allowed to vacate their assigned post for at least an hour on Saturday, December 7, 2019, to attend the Christmas party which the city government organized for this field workers.

Mayor Gerald Anthony Gullas said they had the gathering scheduled earlier than the rest of the other city government employees especially since traffic remains manageable more than two weeks before Christmas.

Gullas said that since it is not yet payday, Talisaynons were expected to avoid the malls for now and refrain from contributing to the city’s congestion problems.

He said that traffic enforcers and emergency responders will already have to be placed on standby as the holiday break nears as an expression of their “love for service and love for (the) Talisaynons.”

In 2017 traffic gridlock was experienced along the national highway at the vicinity of Talisay City and the neighboring Minglanilla town.

Commuters, including shoppers, were caught in traffic congestion then which was made even worst by the occurrence of road accidents along the national highway.

Another factor which contributed to the “carmageddon,” was that the absence of Minglanilla town enforcers who were attending their Christmas party. / dcb

Read Next
Cebu Holdings plans another hotel in Lapu