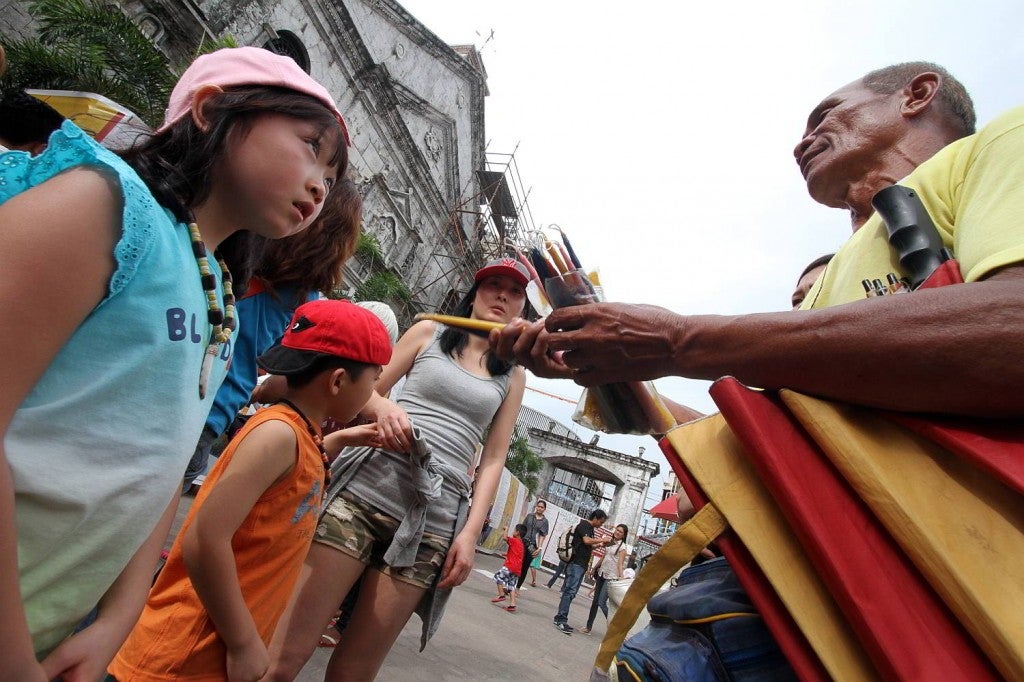 Young Korean visitors give their purchased candles to a Sinulog dancer to make a dance offering of their petitions at the Basilica Minore del Santo Niño. | CDN file photo — Tonee Despojo

CEBU CITY, Philippines — Heritage groups in Cebu City has asked the City Council to help protect not only the tangible heritage sites in the city but also its intangible treasures.

Florencio Moreno, Ramon Aboitiz Foundation Incorporated (RAFI) curator, faced the Cebu City Council on Tuesday, December 10, 2019, for the public hearing of the proposed ordinance of Councilor Joel Garganera to protect historical landmarks, monuments, shrines, and other heritage sites in line with the National Heritage Acts of 2009.

Moreno said that as much as heritage buildings, sites, and monuments would deserve the utmost care and preservation, intangible heritage such as candle dancers at the Basilica Minore del Santo Niño should be preserved as well.

“They are also considered heritage, the worshippers of the Santo Niño. We see them every day, and we don’t realize this practice is a heritage,” said Moreno.

She said that many originally-Cebuano art forms such as the Lambay or Langbay, which is a theatrical play about the native kingdoms of Sugbo has been lost over the years.

The play used to be common in Teatro Junquera, now commonly known as Junquera Street.

Such heritage must be protected, taught to the new generation, so that this knowledge, art form, or practices will not be lost in the modern era.

Councilor Joel Garganera said that he would be revising his proposed ordinance to include intangible heritage and how the city could actively preserve the culture of the Sugbuanon. /dbs