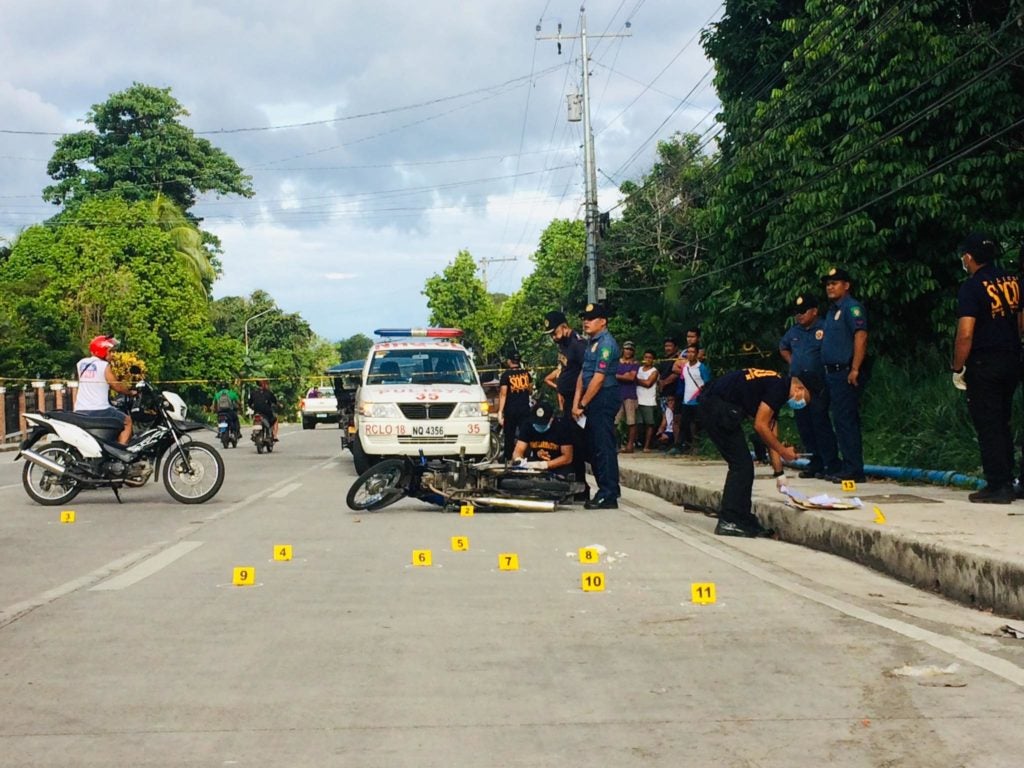 Personnel of the Scene of the Crime Operatives (SOCO) process the crime scene in Luzuriaga Street in Barangay Bong-ao, Valencia town in Negros Oriental where Mario Sitoy Gamayon was shot dead by a motorcycle-riding gunman. | Florence Baesa

DUMAGUETE CITY,Negros Oriental, Philippines — A 53-year-old man, who was released from police detention before noon of December 12, 2019 after posting bail for estafa, was shot dead by a motorcycle-riding gunman at 1:50 p.m. of the same day in Valencia town in Negros Oriental.

One of the two motorcycle-riding men then shot Gamayon several times in the body and fled to an unknown direction after the victim’s motorcycle crashed.

Cubo added that the driver of the victim also could not be found.

Ponce de Leon in an interview with CDN Digital said that they also found a court document showing that the victim just posted bail this morning.

Cubo confirmed that the victim was arrested last December 3, 2019 for estafa (budol-budol) and he was released before noontime today.

(We found out that the victim has just been released after posting bail. So, we continue to gather more evidence and interviews.)

(First, we need to locate the driver of the motorcycle the victim was riding on because he may be involved in the crime or he may be innocent.)

Cubo added the police will conduct a background check on the victim./dbs

Read Next
Labella to appoint new board after LWUA affirms termination