Police cordon the crime scene where a barangay chief and a teenager were killed in an ambush in Barangay Kalantukan, Bayawan town in Negros Oriental. | Photo courtesy of Negros Oriental Provincial Police

DUMAGUETE CITY, Philippines — A search for an area to get a mobile phone signal in Barangay Kalamtukan, Bayawan City, Negros Oriental proved fatal for a barangay captain and a 16-year-old boy after several armed men sprayed the barangay rescue vehicle they were on with bullets at 7:30 p.m. of December 14, 2019.

In a report received by the Negros Oriental Provincial Police Office (NOPPO) this morning (December 15), Johnny Condez, the 47-year-old barangay captain of Kalamtukan, and Danny Marata Jr., 16-year-old boy, were killed in the evening ambush.

Danny Marata Sr., 48 years old and the boy’s father, was wounded in the attack while another companion, Edilito Magbanua, 52 years old, was unhurt and survived the hail of bullets from the gunmen. 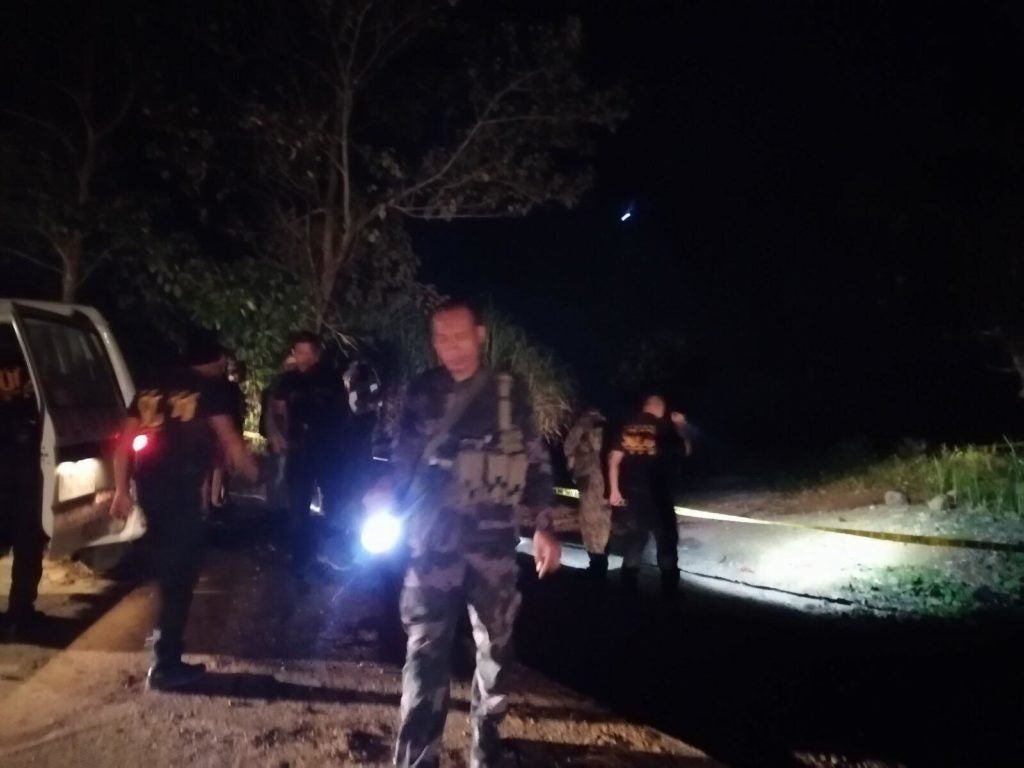 Initial investigation showed that the four victims were on board a barangay rescue vehicle together with two escorts riding two motorcycles, were heading to an elevated area in the barangay to look for a mobile phone signal.

When they reached the area, the barangay captain got off the vehicle to get a better site to get a signal when the assailants, who positioned themselves at a sugarcane plantation, opened fire.

The assailants were just four to six meters away from their target when they fired at the victims several times.

Kalamtukan is a mountain barangay and residents, who wanted to use their cell phones will have to look for an area to get a signal.

The assailants fled the crime scene after the shooting. 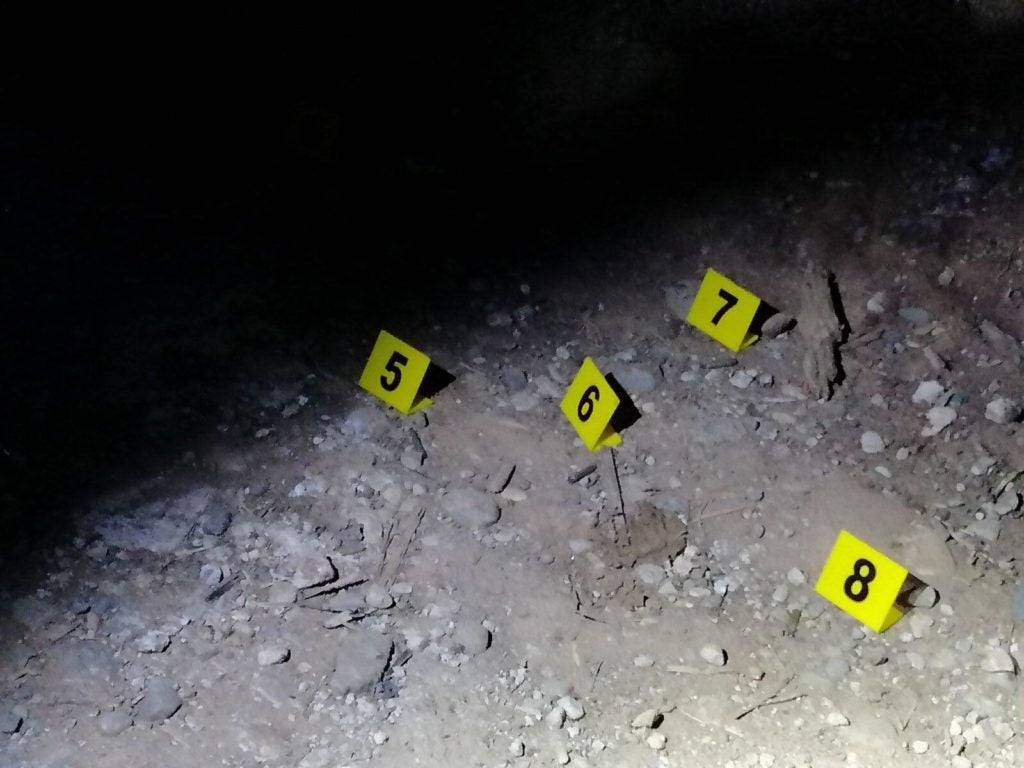 Police tag the bullets on the ground at the crime scene. | Photo courtesy of the Negros Oriental Provincial Police

Chief Master Sergeant Archer Birjes, NOPPO investigator, said that they also found out that the two dead victims had hack wounds in their body.

Meanwhile, Police Colonel Julian Entoma, Negros Oriental Provincial Police Office (NOPPO) chief, said in an interview with CDN Digital that investigators were focusing on family feud as the motive of the attack.

Entoma said that the village chief was facing double murder charges for the alleged killing of his brother and nephew, who were both councilmen of Barangay Kalamtukan, Bayawan City.

(The victim was our suspect in a shooting incident. A search warrant was already being readied against him. That is why we have a sketch plan, and we have  applied for a search warrant. Unfortunately, this has been overtaken by events, since it still needed the approval of judges.) 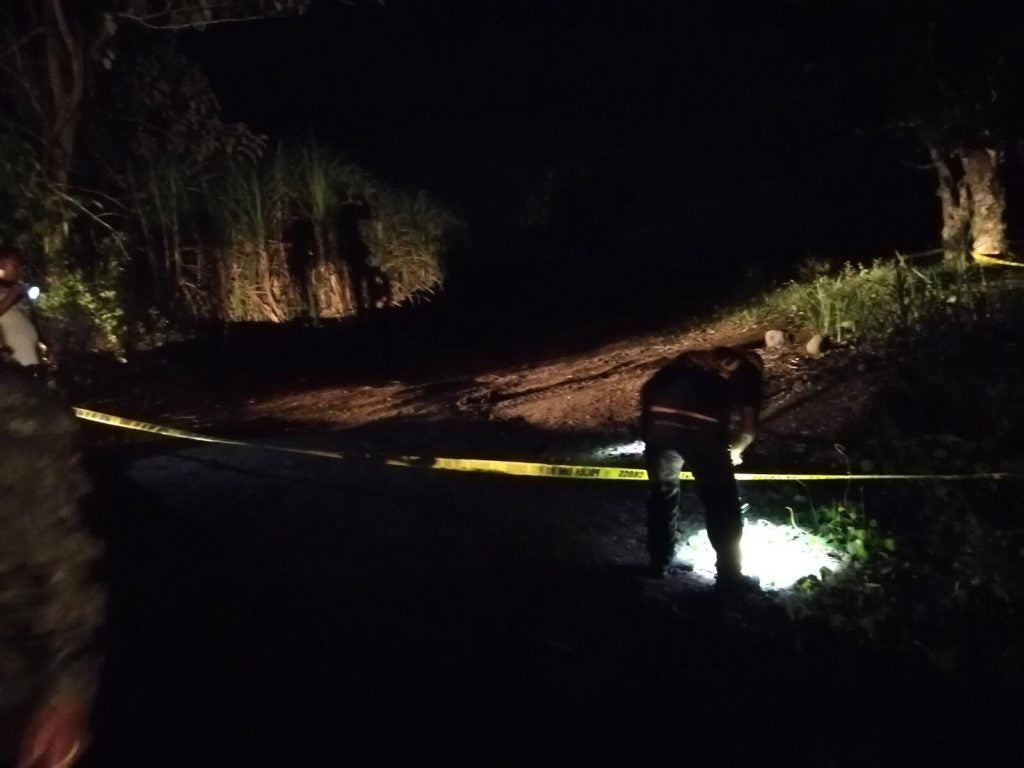 Police say that the assailants hid in the sugarcane plantation as they waited for for the opportunity to fire at their targets in Barangay Kalamtukan, Bayawan town in Negros Oriental. | Photo courtesy of Negros Oriental Provincial Police Office

Entoma said that the police had already identified the 10 suspects in the shooting incident.

He said that the prime suspect was the nephew of the victim.

However, no further detail was given pending further investigation.

(This has become a personal. The prime suspect in the shooting of the barangay captain is allegedly his nephew. My marching order to the police is to arrest the 10 suspects identified by the witness by hook or by crook.)

The provincial director also ordered the police to neutralize the suspects if ever they would resist arrest.

Entoma asked the suspects to surrender and to end the violent family feud.

(If you will not surrender and you will resist the government, then you will all die. You cannot reach and celebrate Christmas or New Year.)/dbs