Mactang, Camotes and the feeling of ‘Here We Go Again!’ 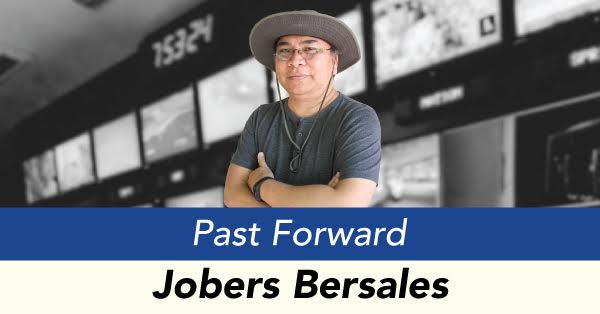 I seem to be spending more time these days dispelling all these unfounded, absurd and idiotic claims and myths surrounding the Magellan expedition of 1521. In a previous column I already warned that as the 500th anniversary of this event nears, we will be foisted with all kinds of false claims, fake news in modern parlance.

Now comes one more of them: the claim that the historic battle of Mactan happened not in the island clearly identified and named by the Italian chronicler of the expedition, Antonio Pigafetta, as just across Sugbu. According to one Facebook post, the event happened in faraway Mactang, a barangay in Poro, Camotes.

Citing most sources published much later than Pigafetta, the post concludes that the battle should be called Battle of Poro (tsk! tsk! tsk!, this reaction mine).

In two previous columns, I already wrote how it is simply impossible for Magellan to reach Mactang, Poro in three hours on board a carrack. Pigafetta wrote that they reached the vicinity of the battle site after three hours.

Try doing that today. Get ‘lancha’, put a mast with sails on it and then move it around midnight and see if you reach Mactang in the dark by 3 o’clock in the morning. If the battle did indeed happen there, it must have been in the afternoon the following day. Your lancha with unfurled sails, would arrive probably by noon time, depending on the winds.

At the same time, remember Zula, the other chief of the island of Mactan? He sent his son to Magellan with only two goats because the other chief of the island, the one called Lapulapu, was harassing him. Wow! The whole island of Poro, much larger than Mactan, had only two chiefs and this Zula could not even escape the harassments of Lapulapu despite the vastness of Poro?

And what of the other islands that are so adjacent to Poro that make up the Camotes group? Where are they in this whole scenario? Surely Pigafetta would have also mentioned that there were other chiefs on these islands so easy to cross from Poro. Why is he silent about this, if indeed the battle happened in Poro?

Pigafetta mentions the village of Bulaya or Buaya in his chronicle, the settlement that the Spaniards burned. Why single out Mactang in Poro in this claim? Why not also look for Bulaya? The answer is simple: throughout Poro, there is no place called Bulaya or Buaya.

The other proof often pointed to by claimants is the presence of artifacts on the site near the shores, remnants of looting done by unscrupulous antiques traders in the 1970s. In the early 2000s, I brought my archaeology students there, among them Florencio Moreño, who now curates the Casa Gorordo Museum, and Archie Tiauzon, who is now an accomplished archaeologist working in Truk, near Saipan. They can attest to the wealth of broken ceramic pieces there, left behind by the looters. But do their presence bolster this absurd Mactang, Poro claim?

These claimants are clearly unaware that the site of the battle in Punta Engaño is probably the most looted in archaeological history in that part of the Mactan. Where the Magellan Monument stands, erected during the time of Queen Isabella in the 1860s, was so identified by just about everyone from the time of Legazpi in 1565 onwards that it would have been impossible to prevent the area from being scavenged for artifacts even during the Spanish period.

(In the coming months, I am in fact pretty certain that many people will come out in the open and make false claims that they have Chinese ceramic pieces from that site, if only to fetch a higher price for their fake, if not illegally-obtained, artifacts.)

My appeal therefore to everyone is once again to ask all to read and re-read the Pigafetta account of the expedition (which can be googled) and to stop making idiotic claims that only prove the sad state of historical education and research is in the Philippines. Let us allow historians and archaeologists to do their work in relative ease by not adding to the fakery and illogical claims-making that is foisted all over social media.

Stamp collectors should take note of this. This afternoon, Gov. Gwendolyn F. Garcia, together with officials from the Philippine Postal Corporation, will launch a stamp to commemorate the 450th anniversary of the founding of the Province of Cebu.  The event is timed with the lighting of the Provincial Christmas Tree right at the area where a heritage park has gradually risen in place of the ill-planned Capitol Resource Center that would have dwarfed the Cebu Capitol Building. My congratulations to Gov. Gwen and to the people of Cebu on this important occasion!