Police cordon the crime scene where a barangay chief and a teenager were killed in an ambush in Barangay Kalantukan, Bayawan town in Negros Oriental on December 14. | File photo — Photo courtesy of Negros Oriental Provincial Police

DUMAGUETE CITY, Philippipnes — A Police tracker team has identified the alleged brains behind the ambush of Barangay Kalamtukan chief and his companions after a 28-year-old farmer was arrested at past 4 p.m. on December 15 in Sitio Tower of Barangay Kalamtukan, Bayawan City Negros Oriental.

Entoma said that Sandot was arrested after a witness identified him as one of those involved in the deadly December 14 attack against Kalamtukan barangay captain.

(He told us that 10 of them were in the area, and he was part of it. He claimed that he was the just the one who guided the group to the area, which also meant that the killing of the barangay captain has been a planned attack.) 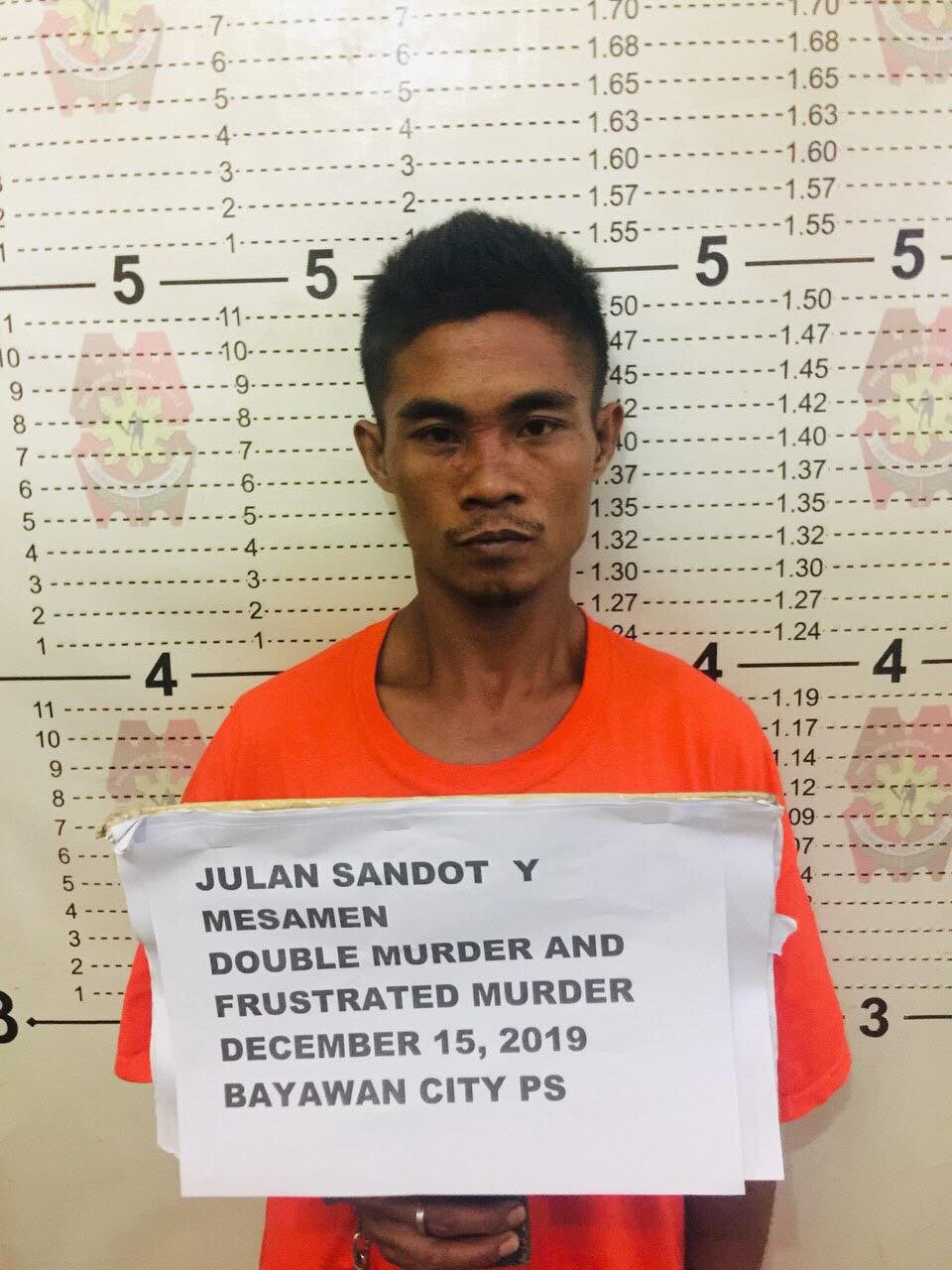 Julian Sandot will face double murder and frustrated murder cases as he has been linked to the killing of Kalamtukan Barangay Captain Johnny Condez and a teenager and the wounding of the teenager’s father. | Bayawan Police

Entoma said that Sandot identified John Paul Condez as the leader of the group, who killed Johnny.

John Paul is the victim’s nephew or the son of the victim’s brother, Felipe, and the brother of Juneses Condez.

Entoma said that Felipe and Juneses, who were both barangay councilors were murdered last November 14, 2019 in Barangay Kalumbuyan, Bayawan City.

The suspect of the killing of the father and son was Felipe’s brother and the uncle of Juneses — Barangay Captain Johnny Condez.

On December 14 or a month after the father and son’s death, another of Felipe’s son John Paul Condez allegedly led an armed group into the ambush area and got his revenge by killing his uncle — Johnny. 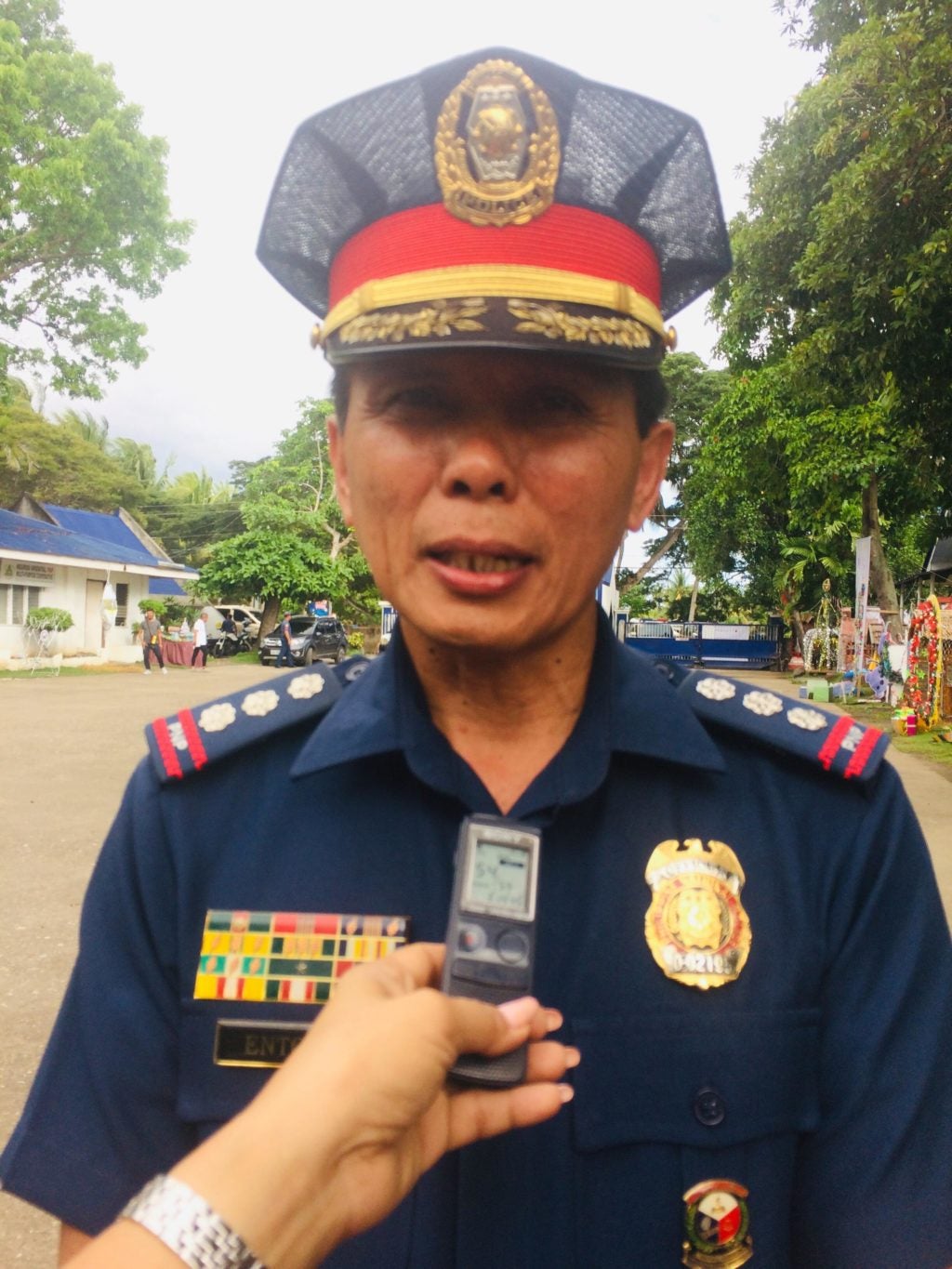 Entoma described John Paul’s group as members of “Pulahan,” which was an anti-communist group that had lost its way.

He said that they were also armed and dangerous and so he ordered the tracker teams to get the suspects dead or alive before December 18, 2019.

(People who said that they would not be arrested alive meant that they would resist arrest. They are ready to fight the authorities. So this is my message to them that the government would always stay on top of things.)

He also warned the suspects that they would be heavily armed when they would conduct the operation against them.

(Maybe, they would put their lives on their belief on the Pulahan that they are invincible and bullets can’t hurt them. Well, our police officers will be heavily armed and that includes the M-14 sniper’s rifle We’ll see if they are really invincible. They believe that they can’t be killed. Well, everybody dies.)/dbs