Suspects say drugs were from Cebu 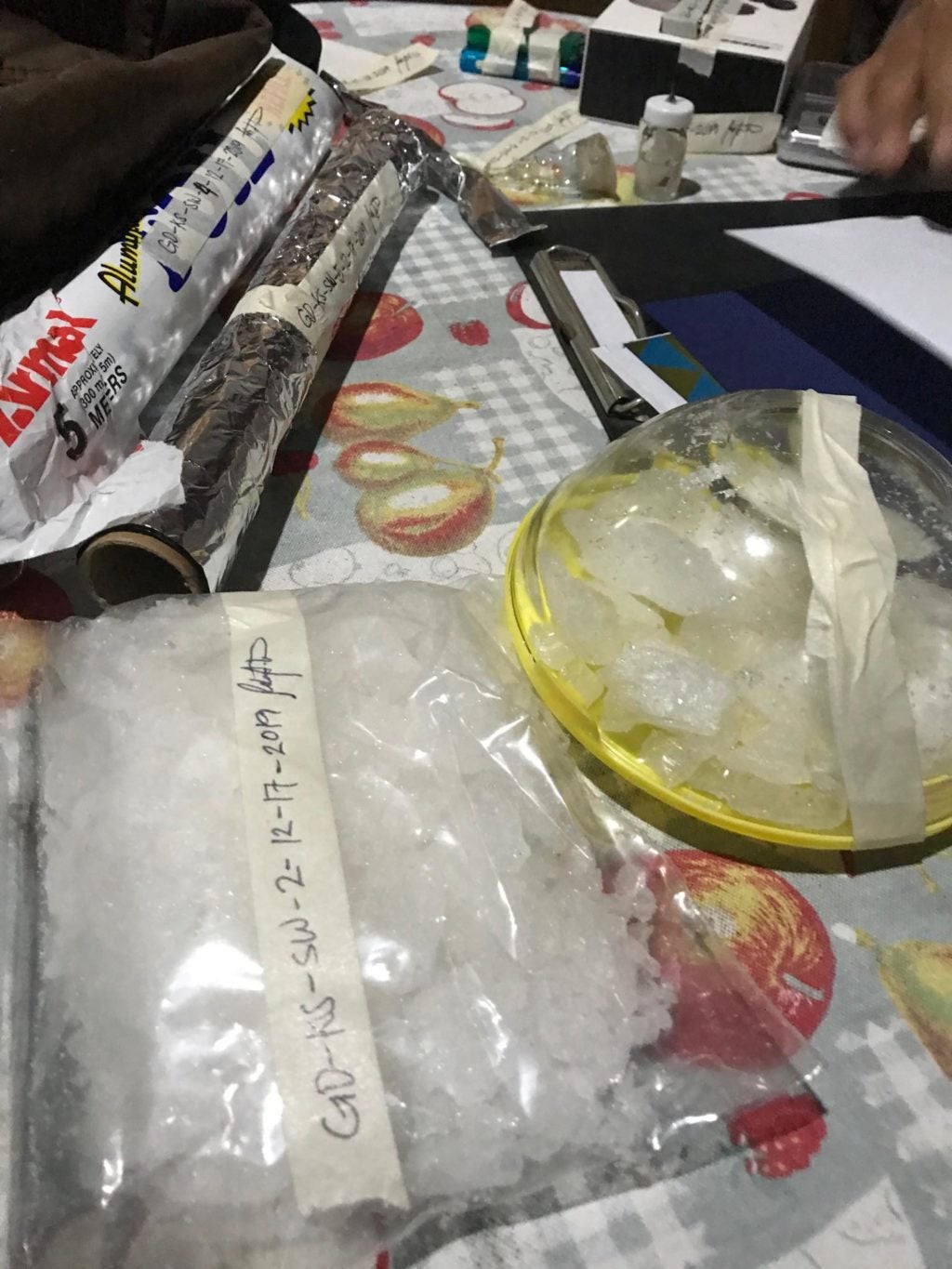 The P1.8M worth of suspected shabu (crystal meth) and other drug paraphernalia seized in a raid by police on Tuesday night, December 17, 2019, in Barangay Camanjac in Dumaguete City, Negros Oriental. CDN Digital photo | Florence Baesa

DUMAGUETE CITY, Negros Oriental—More than P1.8M worth of suspected shabu (crystal meth) were seized in a raid by authorities on Tuesday night, December 17, 2019, in Barangay Camanjac here.

The operation by the joint elements of the PIB-SOG, Negros Oriental Provincial Police Office (NOPPO) and the Philippine Drug Enforcement Agency (PDEA), also resulted to the arrest of two high value targets (HVT) in the provincial level.

Both are residents of Barangay Camanjac.

During the raid, a total of 275 grams of suspected shabu with a Dangerous Drugs Board (DDB) value of P1,870,000.00, and other drug paraphernalia were recovered from the suspects.

In an interview with CDN Digital, Santillan admitted he was a drug user but denied he owns the shabu, saying he was just tasked to get the drugs from Cebu and deliver it to a person in Dumaguete.

However, he refused to give the name of the person to members of the media.

Meanwhile, Germodo said the two suspects were identified by drug personalities who were already arrested. They were under surveillance for two weeks.  /bmjo