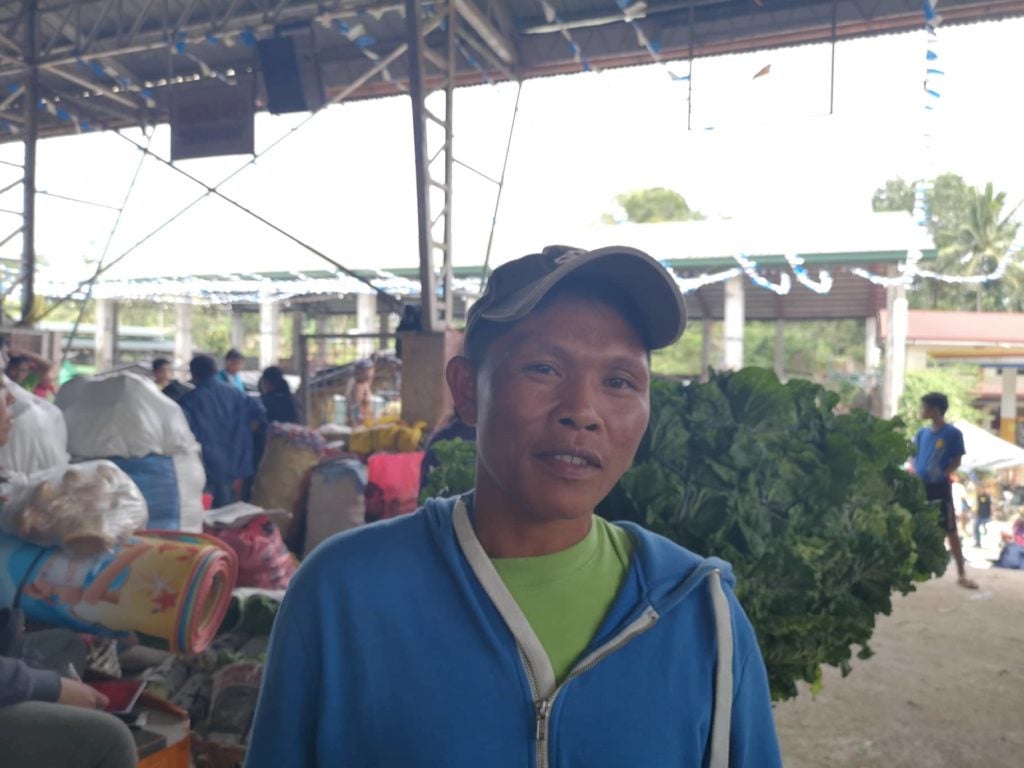 DALAGUETE, CEBU, Philippines — As early as 5 o’clock in the morning, Cornelio Ybañez is already up carrying on his shoulders a bamboo container and a sharp razor “sanggot”(scythe) to collect coconut sap.

After that, he would spend hours to tend to his farm in Barangay Dumalan, a mountain barangay located in Dalaguete, south of Cebu.

Ybañez is growing vegetables like bell pepper, chili and carrots.

At present, he is growing carrots which takes at least three months to mature. During that period, the crops have to be watered, fertilized and should be cleared of side roots.

Ybañez can make three batches of harvest. Considering a good weather, he can harvest at least 400 kilos of carrots per batch.

The 40-year-old farmer is a multitasker. Ybañez is doing three jobs at the same time—manguma (farming), mananggot (native wine gatherer) and mamanday (carpenter).

Ybañez, a father of seven, said that for him to provide the needs of his growing family, he had to maximize his energy and time.

As someone who wasn’t able to finish his studies, Ybañez said his greatest dream for his children would be for them to finish their studies.

(It is difficult today to find a job if you have not educated. I don’t want my children to be like me who had not finished my schooling and have no title or have not completed a course.) 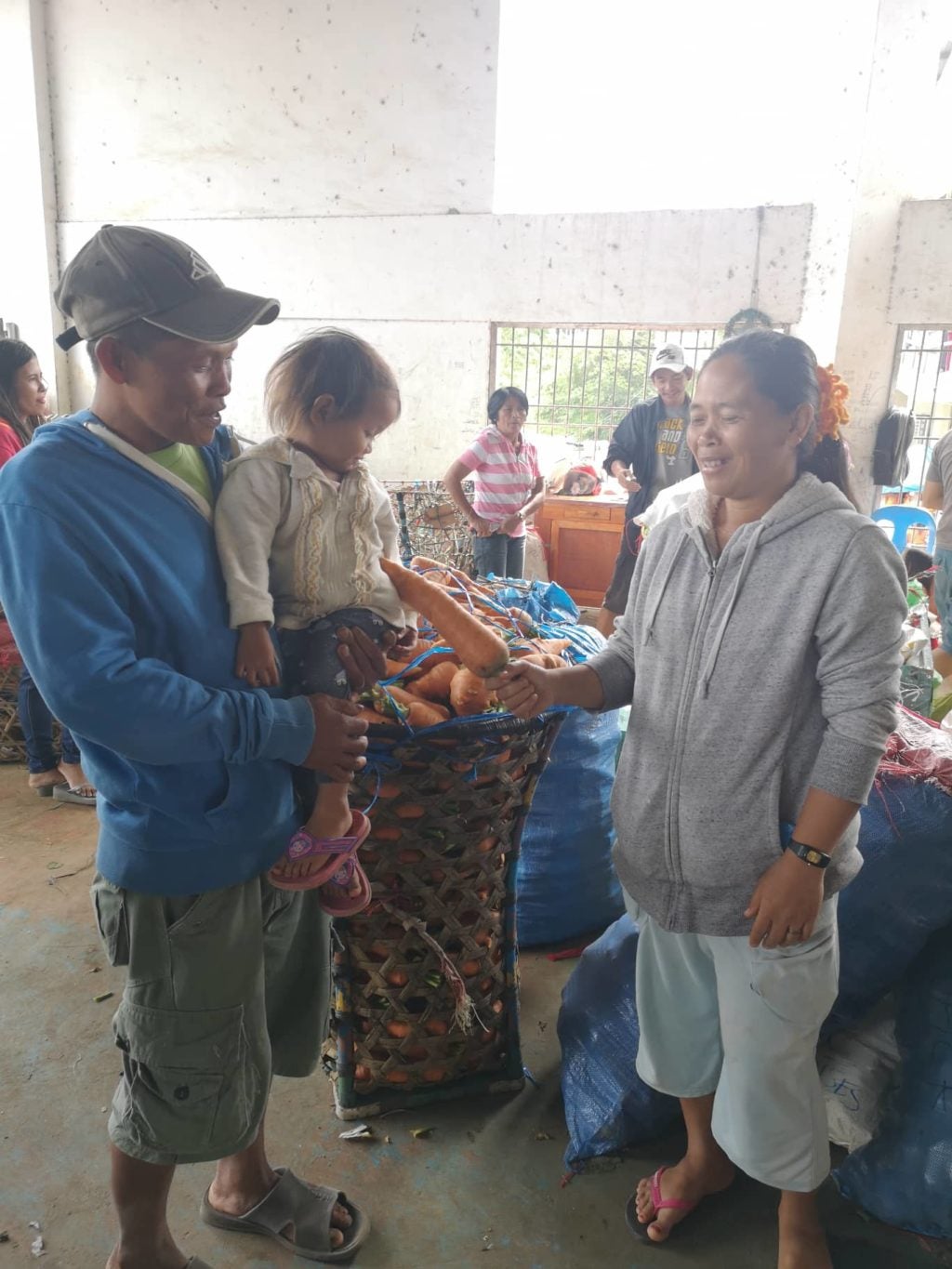 Cornelio Ybañez shares a light moment with his family at the Mantalongon market where they brought their produce of carrots to sell them. | Doris C. Mondragon

At the age of 20, Ybañez was proud to call himself a farmer—a job that was passed on to him by his parents.

Ybañez stopped going to school until his third grade, but he said he was happy to have helped his siblings finish their studies.

(We are 10 siblings in the family and farming and coconut wine gathering were our means of livelihood. So I have to help my parents in the farm because I am the eldest.)

Despite only reaching third grade, Ybañez is grateful that he had helped her younger siblings to finish schooling.

One of them had graduated from an automotive course while another one is a teacher.

When asked what his Christmas wish is, Ybañez simply smiled and looked at his wife.

But having an abundant harvest will not usually result in bigger earnings for the farmers like Ybañez as there are several factors that affects the prices of vegetables like the law of supply and demand and the effects of the weather on their crops.

In Dalaguete town in the past two to three months, the prices of produce in Dalaguete have jumped to the highest level, according to Edmond Limbaga, assistant head of the Dalaguete Agri-Pinoy Trading Center (DAPTC). 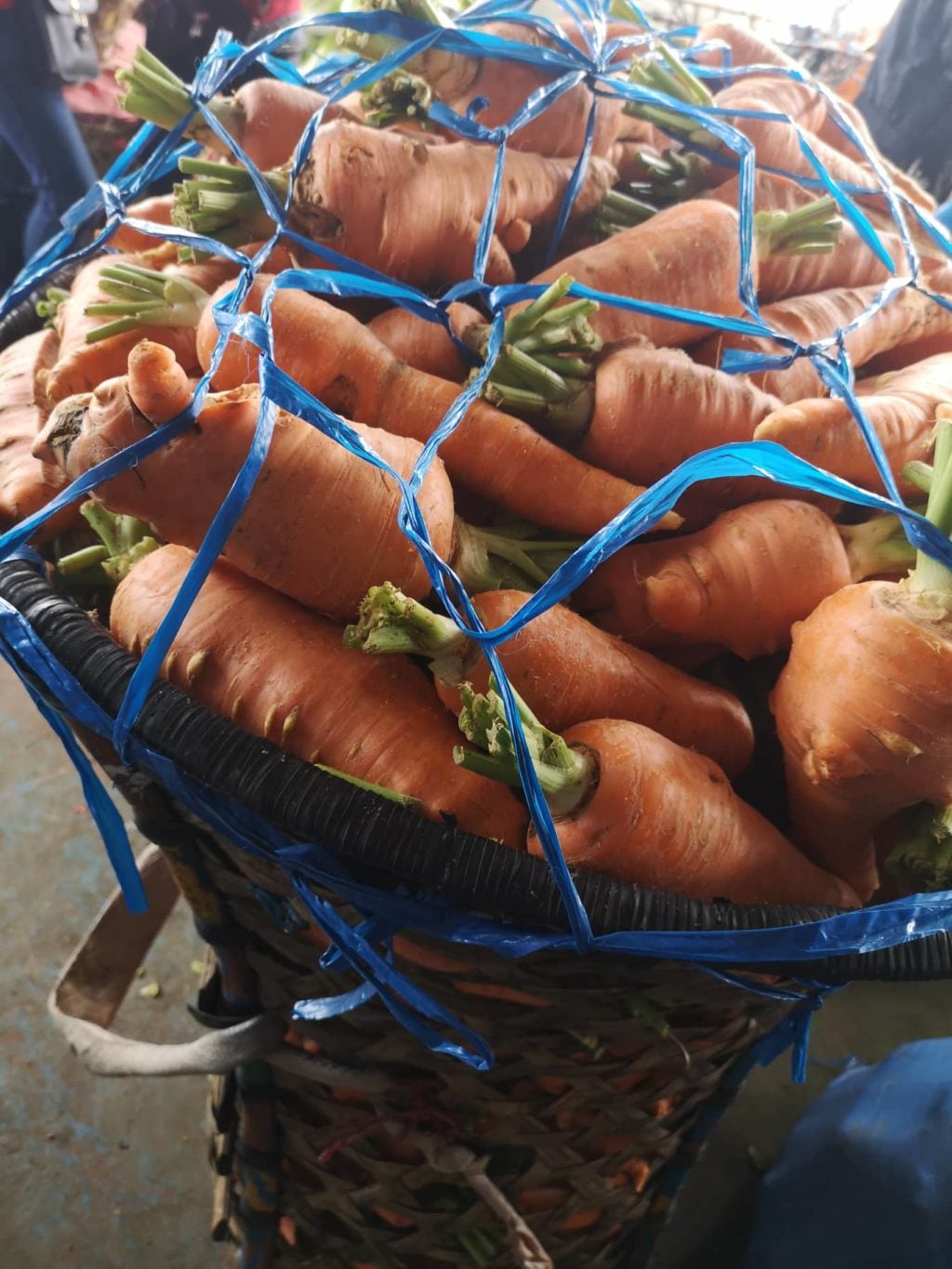 The produce that Cornelio Ybañez plans to sell at the Mantalongon market. | Doris Mae Mondragon

But recently, local farmers are facing a steep drop in prices.

The incredibly cold weather in these parts of Dalaguete  have also brought growing and harvesting challenges to its farmers.

It is during these times when the farmers are forced to settle for lower prices just so they could break even and prevent their crops from going to waste.

(Continuous rains would cause damage the leaves of the vegetables, which the farmer would have to uproot so that the root would not be spoiled as well.)

To help farmers like Ybañez, Limbaga said their office is setting up a production analysis and marketing assistance system to help farmers in choosing what crops to plant.

As of this writing, the carrot farm gate price is P41 per kilo, which would be enough to provide Ybañez and his family a good noche buena meal this Christmas.

However, Limbaga said that a recent local ordinance would impose a one peso per kilo tax rule to farmers.

(Several farmers could not pay the 10 percent tax because it was heavy on their pockets. That is the reason the one peso per kilo is the tax that farmers would have to pay, which was lighter in the pocket than the 10 percent tax.)

With this, Limbaga said they were hoping to impose a more farmer-friendly system for the local farmers. 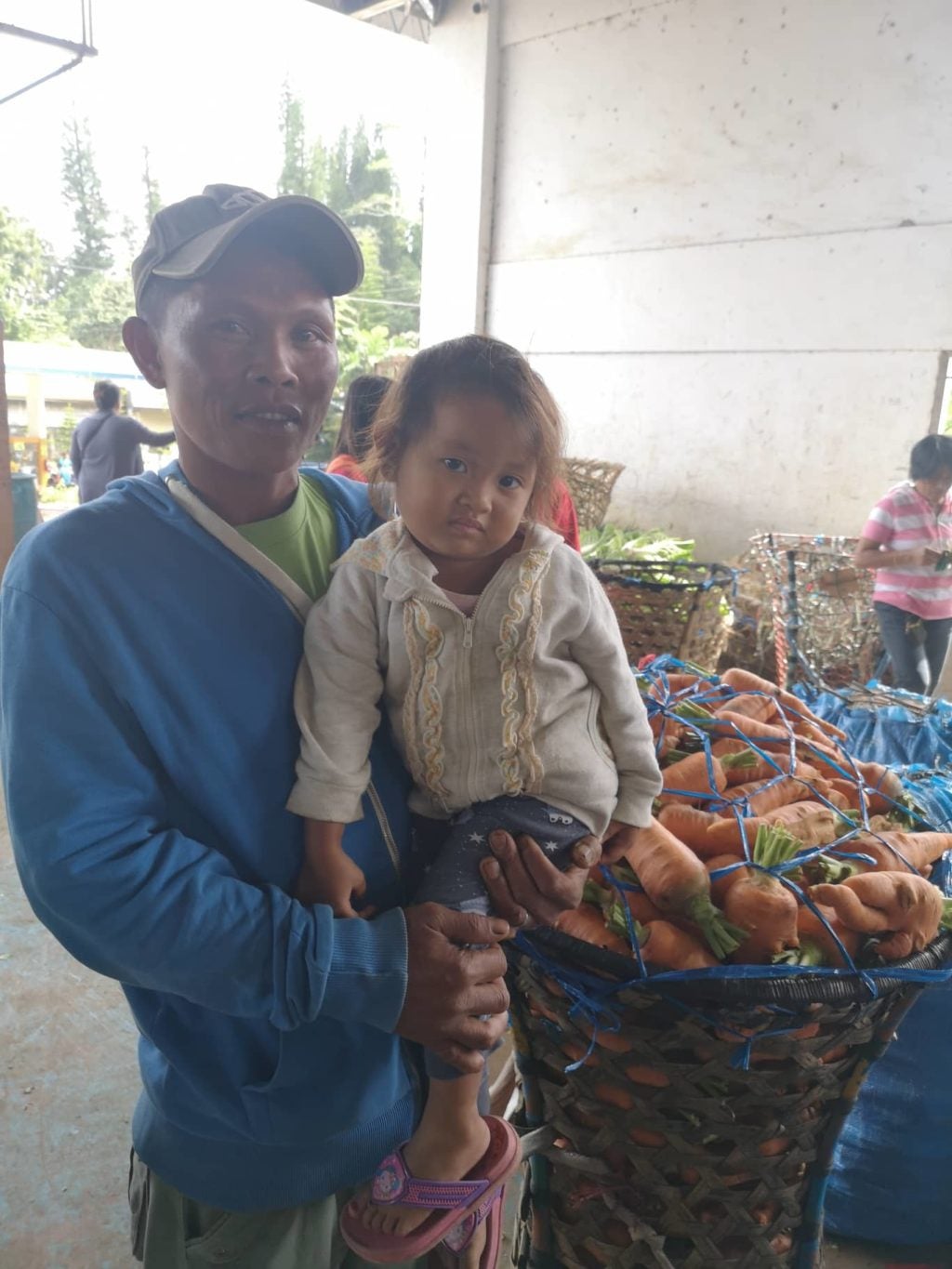 With the help of cooperatives, local farmers are able to recover and avail of sustainable benefits like fertilizers and insecticides.

For instance, a farmer loses his crops due to a typhoon or drought, the co-op will assess and give a refund for the total cost of expenses given that the farmer is an active member of the co-op.

The local government also provides loan assistance or aid to farmers. In Dalaguete, a farmer can borrow up to P50,000 cash with six percent interest that is payable for 12 months or one year.

And although there are loan assistance from the government, Ybañez said that they could only afford to borrow a small amount and it would not be enough for the next planting cycle.

(For us farmers, we appeal for financial assistance so that we can have enough capital to spend for the seedlings. If we don’t have a capital, then we cannot plant seedlings on our farm lots.)

(We have a farmers loan at the DAPC but we can only avail of the loan once every year. The amount is also enough for one planting season. Fifty thousand pesos is the maximum loan but we cannot afford to pay that amount.)

(Farming involves luck. If we get lucky and the prices are high when we harvest our produce then good for us.) /dbs