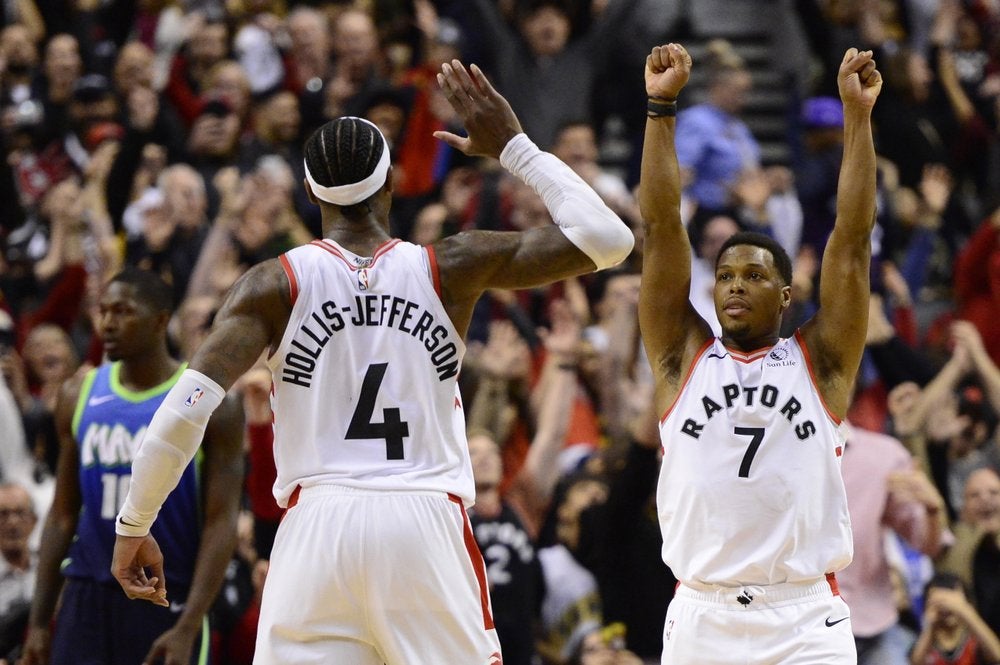 TORONTO — Kyle Lowry had 32 points and 10 assists, Chris Boucher scored a career-high 21 points and the Toronto Raptors overturned a 30-point deficit to beat the Dallas Mavericks 110-107 on Sunday (Monday morning, December 23, 2019, Philippine time), the biggest comeback in franchise history and the NBA’s largest in a decade.

Lowry had one fewer point in the fourth quarter (20) than the Mavericks managed as a team (21).

It was the first 30-point comeback in the NBA since Sacramento beat Chicago on Dec. 21, 2009, according to Elias.

Rondae Hollis-Jefferson scored 18 points and Fred VanVleet had 10 as the short-handed Raptors won their fifth straight and improved to 13-3 at home, ending the Mavericks’ seven-game road winning streak.

Kristaps Porzingis had 19 points and 12 rebounds and Jalen Brunson scored 21 points as Dallas dropped to 2-2 without guard Luka Doncic, who sat for the fourth straight game because of a sprained right ankle.

Toronto trailed 83-53 with 2:55 remaining in the third, but used a swarming defense and hot shooting from Lowry to tie the score at 95 with 5 1/2 minutes to go in the fourth.

Hollis-Jefferson made a pair of free throws with 4:31 remaining to put the Raptors up 98-97, their first lead of the second half. Lowry hit a 3 on Toronto’s next possession, making it a four-point game.

A three-point play by Brunson with 1:14 left cut it to 106-105 and Porzingis made a pair from the line with 32 seconds remaining, giving Dallas a one-point lead.

Lowry fed Boucher for a go-ahead dunk and, after a Dallas timeout, Brunson missed a jumper that would have given the Mavs the lead.

Boucher was fouled as he grabbed the rebound and made both free throws, putting Toronto up by three with 1.6 seconds left. Porzingis launched a game-tying shot from his own side of half before the buzzer but it fell short.

The Raptors made four of 23 attempts from 3-point range through the first three quarters, then made six of 11 shots from distance in the fourth, four of them from Lowry.

Dallas missed 11 straight field goal attempts to begin the game, and didn’t score until Porzingis hit the second of two free throws with 6:43 left in the opening quarter. Dorian Finney-Smith made a 3 with 6:19 left in the first to halt the shooting slump.

The Mavericks had more turnovers (seven) than made baskets (five) in the first, but Toronto couldn’t take advantage and led 20-17 after one.

Brunson and Tim Hardaway Jr. each scored 10 points in the third as the Mavs outscored Toronto 35-21, taking an 86-63 lead into the fourth.