Sison: Disruption of CCP plenum ‘too small an issue’; negotiations with gov’t to continue 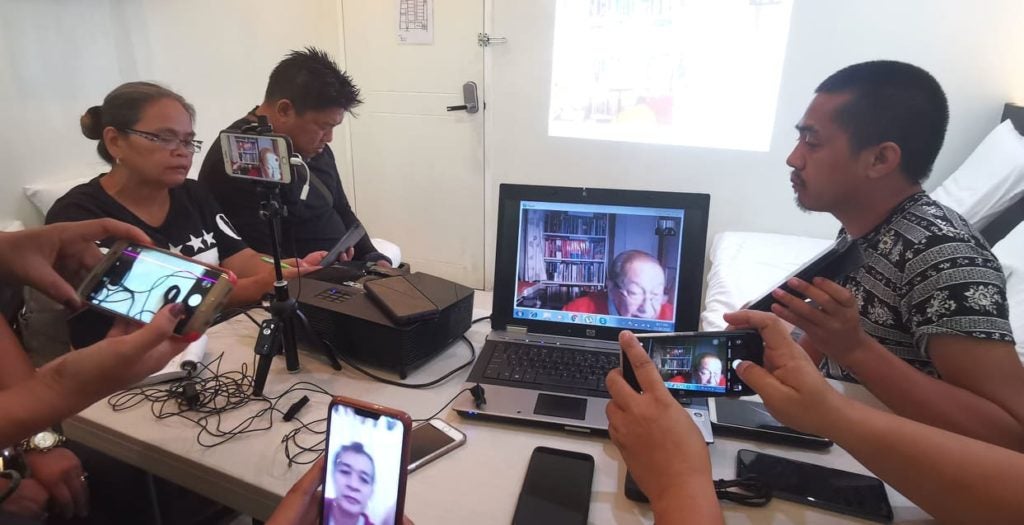 BUTUAN CITY, Philippines – National Democratic Front of the Philippines (NDFP) Chief Political Consultant Jose Maria Sison said the rebels will not pull out from the negotiating table just because the Army spoiled the planned plenum of the communist party in Surigao del Norte.

Sison spoke to reporters this morning, December 30, 2019, via Skype, after the Army spoiled the planned plenum in Bacuag, Surigao del Norte.

Brigadier General Maurito Licudine, commander of the Army’s 402nd Infantry Brigade, sent troops and artillery to Bacuag town following the arrest of two rebels and another two of their supporters last Sunday, Dec. 29.

“There was no exchange of gunfire and there was no bloody incident. This is too small (an) issue to warrant a pull out from the negotiations,” Sison said.

Sison said NPA units and top leaders of the  communist party have already pulled out from Bacuag town this morning, Dec. 30.

He did not however discount the possibility that NPA unit, Front 16, will file a protest for the provocation allegedly committed by the Army in Bacuag town.

Sison said that the NPA unit can raise their protest to the NDF negotiating panel who will in turn discuss this with the government panel headed by Labor Secretary Silvestre Bello. / dcb