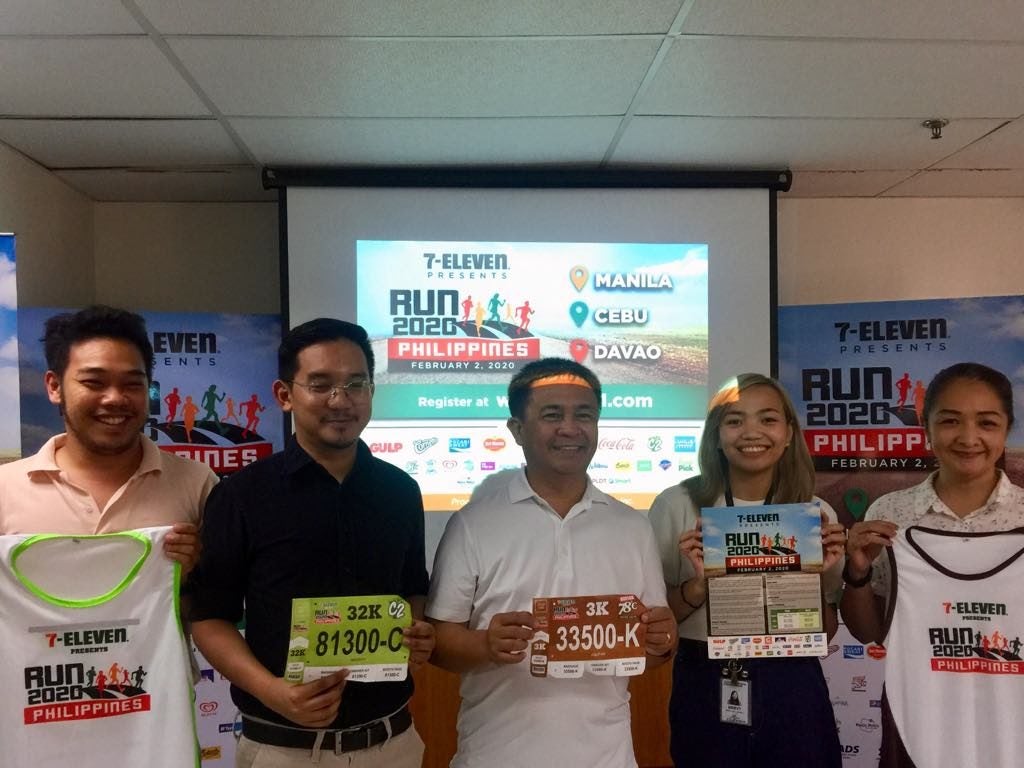 CEBU CITY, Philippines — The 7-Eleven Run 2020 Philippines which will be having a Cebu leg for the third year promises to be more exciting with new categories.

This footrace is actually already on its 8th installment, but it is still the third time that it will be held simultaneously in Cebu, Davao and Manila on February 2, 2020.

Here in Cebu, It will start and end at the Cebu Business Park.

Also here in Cebu last year, 7-Eleven held for the first time a 500-meter distance category for the kids.

This year, the 500-meter will be extended to a one kilometer distance category and will not only be open to kids but also to adults as well.

Heirvy Nicolas of the 7-Eleven Philippines said during the press launching of the event that the new category would make the kids enjoy the run more because this time, they could run with their family.

Nicolas was joined by Cristy Cunan, 7-Eleven’s marketing supervisor and race director Joel Juarez during the press launching on Monday, January 9, at the main office of 7-Eleven located on the 8th floor of Trends Plaza in Cogon Ramos, this city.

And, another new addition is that aside from the buddy run, there will now be a relay for the 21- and 42-kilometer distance categories.

The relay team must have four members with one member of the opposite sex. Each member of the relay teams will have a designated area to run with the first runner to pass the baton to the second runner and so forth.

Close to P2 million in total for the three areas will be given away as cash prizes to the top three winners in each category.

And, a bonus of half a million pesos will also be awarded to any runner who can break the Philippine record.

Also, 7-Eleven will once again be bringing the overall top three winners, meaning the best time from Cebu, Davao and Manila-combined, of the 42K, 32K and 21K to represent the Philippines in an international race within Asia.

Check out run711.com for more details of the event.