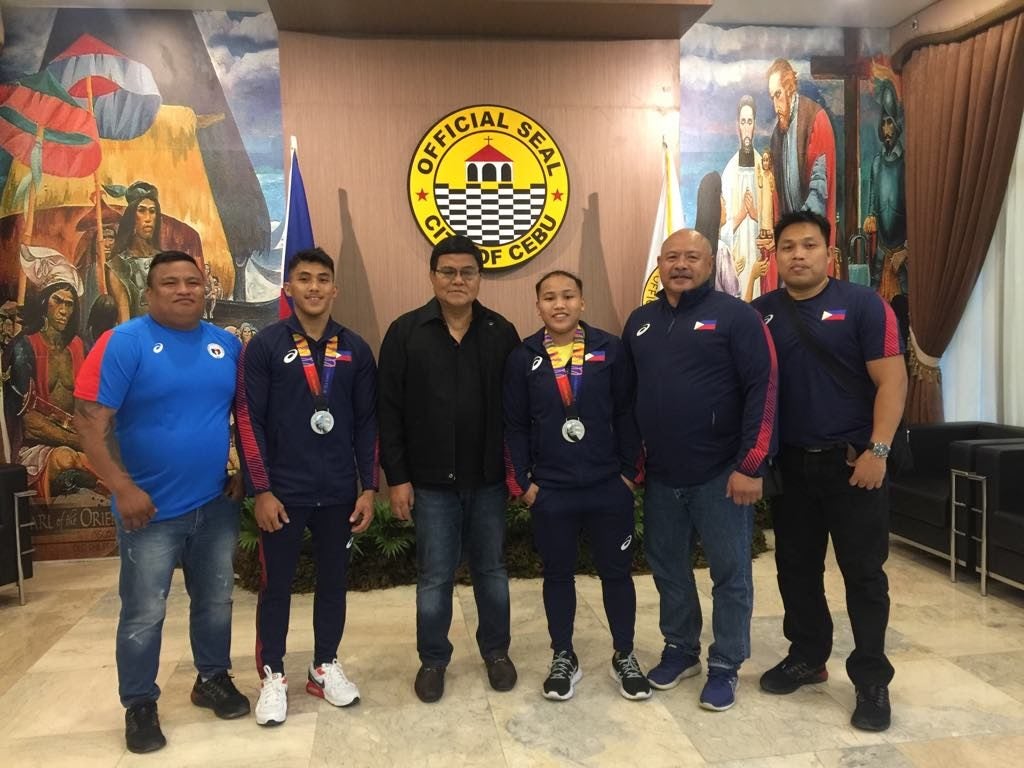 The two will join 10 other Philippine weightlifters who also saw action in the SEAG to compete in the Roma 2020 World Cup happening from January 27 to 31, at the Pala Pellicone in Rome.

According to national coach Ramon Solis, the Roma 2020 World Cup is sanctioned by the International Weightlifting Federation (IWF) as an Olympic qualification event in the silver category.

Solis said that they need to compete in six Olympic qualifiers and earn points. The top 20 ranked weightlifters in the world will get a chance to compete in the Olympics.

According to Solis, Ando of the University of Cebu (UC) and Ceniza are both ranked No. 18 in the world with 2,500 points.

Both started their weightlifting training in the grassroots program of the Cebu City Sports Commission.

After Rome, they will be competing in their sixth and final Olympic qualifier in March in Kazakhstan./dbs