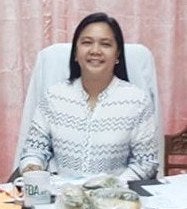 MAASIN CITY, Southern Leyte – A treatment hub will be opened this month at the Salvacion Oppus Yniguez Memorial Provincial Hospital (SOYMPH) located at the Dogon Village in Maasin City to cater to patients who are infected with the Human Immunodeficiency Virus/Acquired Immune Deficiency Syndrome (HIV/AIDS).

“AIDS is a chronic, potentially life-threatening condition that can damage the immune system, in which HIV interferes with the body’s ability to fight organisms that cause diseases.”

“We are ready to cater to patients with HIV/AIDS,” Castillones said.

The Provincial Health Office (PHO) has recorded a total of 91 HIV/AIDS cases from 1984 to March 2019. Of which, 24 cases were reported in Maasin City.

Castillones said that they are yet to verify the number of deaths from among the HIV/AIDS patients.

SOYMPH nurse Searchie Baylan said that the patients acquired the infection during their travels outside of Southern Leyte.

“They acquired (their infection) from other locality but since they are from the province they came home with the virus,” Baylan said.

The increase in HIV/AIDS cases in the province prompted PHO to establish the provincial treatment hub which they will open within the month.

Medical Technologist Bianca Pangilinan said that personnel who will be assigned at the provincial treatment hub underwent a five-day orientation in December 2019. / dcb