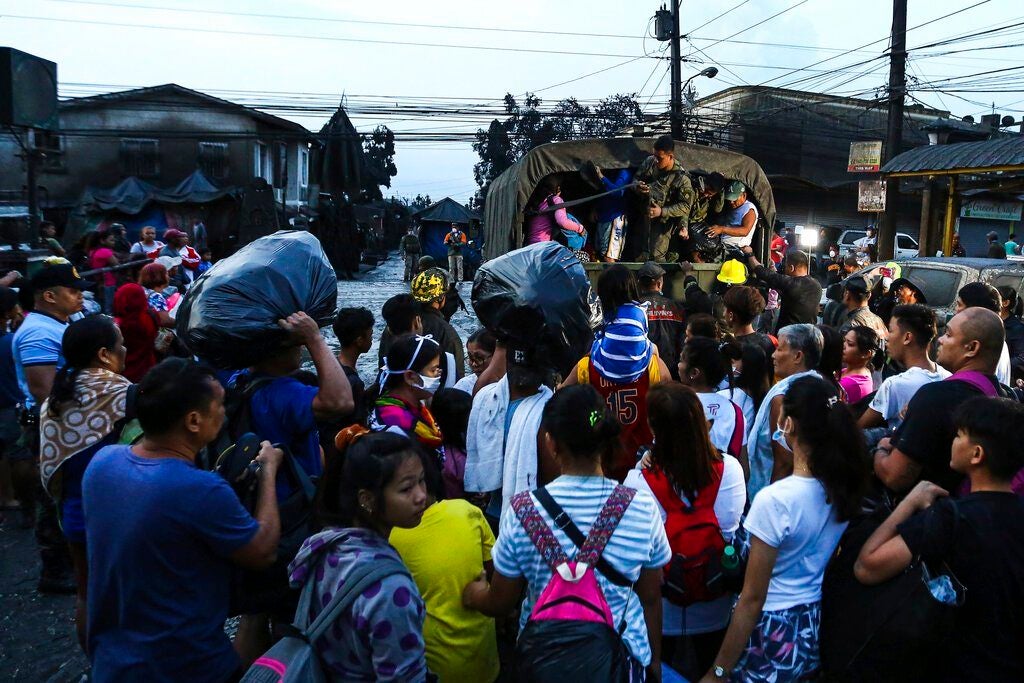 Residents wait to be evacuated as heavy ash and debris from the Taal volcano eruption continues to cover their town in Talisay, Batangas, southern Philippines on Monday, Jan. 13, 2020. Red-hot lava gushed out of a volcano near the Philippine capital on Monday, as thousands of people fled the area through heavy ash. Experts warned that the eruption could get worse and plans were being made to evacuate hundreds of thousands. | AP Photo

CEBU CITY, Philippines–The Cebu City Government has expressed willingness to extend help to the victims from different provinces in Southern Luzon displaced due to the recent eruption of Taal volcano in Batangas.

In a press conference on Monday, January 13, 2020, Cebu City Mayor Edgardo Labella said the city government will be providing aid to the hundreds of individuals and families living near Taal volcano who were evacuated due to ashfall.

“We will definitely help but we will have to wait and assess the situation,” he added.

The mayor added that the city government will be deploying several disaster officers and officials to the affected areas to assess and determine how the city can help.

“Evaluation is needed. We need someone from the city government to visit and evaluate the impact of the disaster in the area, and after (we collect data and insights), we will learn on how we can actually help without wasting anything,” Labella said.

Taal volcano erupted last Sunday, January 12, by spewing a column of ash and pyroclastic materials reaching up to a height of more than 10 kilometers.

“We are willing to help. We have extended help to several areas already like in Cotabato, Davao del Sur, and northern towns of Cebu,” Labella said.

A phreatic eruption is “basically driven by the steam that triggers a steam emission to reach the surface.”

Phivolcs has since hoisted Alert Level 4 following the eruption. This means that hazardous explosive eruption is imminent. /bmjo

Read Next
Caindec to run for Congress?