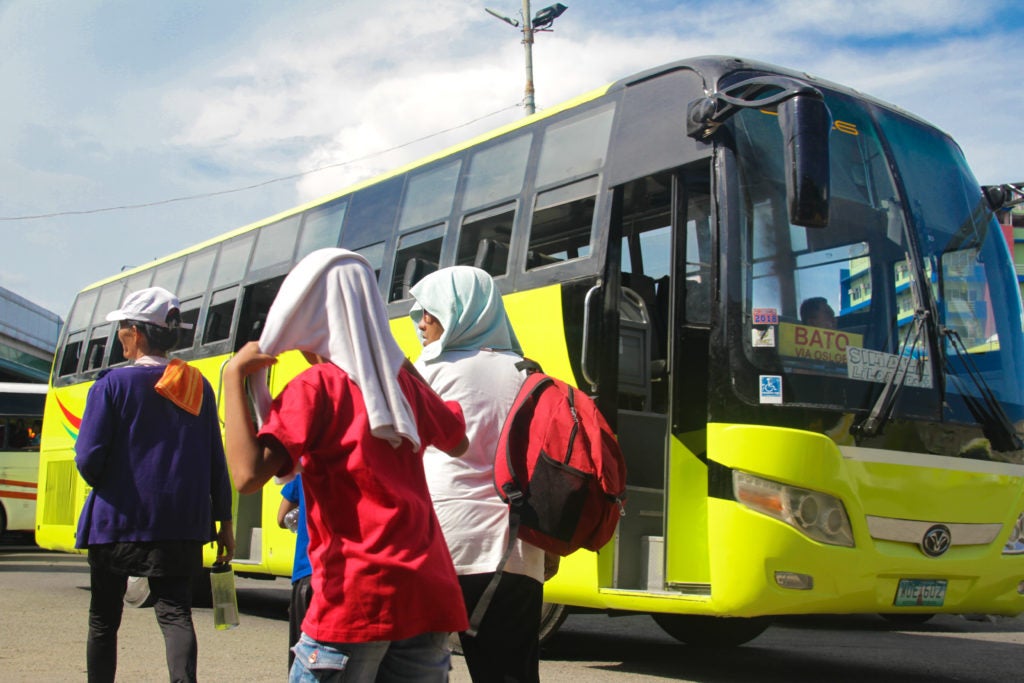 Passengers walk as they look for a bus to travel to the South. | CDN file photo

Governor Gwendolyn Garcia, in an interview on Tuesday, January 14, 2020, said she had just been made aware of the transfer which would be effective from 3 a.m. on January 19 until the end of the Sinulog activities in the evening.

Read more: Beeps to ferry passengers to and from CSBT during Sinulog grand parade day

While the Cebu City Council has passed the resolution in November 2019 yet, Garcia said the communication sent to them rather came in late.

“I believe it is rather duol kaayo na ba (too close to the date of the event already). Unsaon man na namo pagdisseminate og information to all our passengers from the south. I think we need to further discuss this with the city,” Garcia said.

(How will we disseminate the information to all our passengers from the south.)

Aside from trips going to the south, southwest and midwestern parts of Cebu, the CSBT also caters to trips bound for Bacolod, Dumaguete City and Zamboanga.

Read more: Bus operators ask CCTO: Where do we stay during Sinulog?

Julito Flores, president of the Cebu Provincial Bus and Minibus Operators Transport Cooperative (CPBMOTC), earlier told CDN Digital that the CCTO had not reached out to them regarding the transfer yet.

Flores shared the same sentiment with Garcia, saying that it would be the riding public that would be most affected if the information on the temporary transfer of the buses would not be properly disseminated.

“We are very cooperative. We will follow wherever they want us to transfer basta dili lang mi dakpon. But they should do it ahead of time — not just for us but also for the riding public,” Flores said

While they gave the assurance that bus trips to southern Cebu would continue despite the closure of CSBT on Sunday, Flores said that delays in the announcement of the venue of their temporary relocation might result in confusion among drivers and passengers./dbs