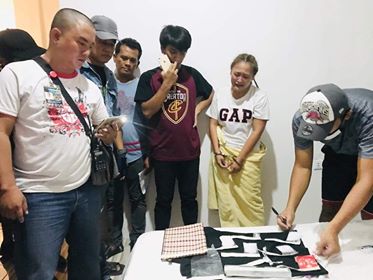 Kristie Amigo, allegedly in the top 7 of the Central Visayas regional level target drug personality is seen crying while watching the police process the suspected illegal drugs seized from her in a drug bust in Dumaguete City on Jan. 15, 2020. | Photos from the Dumaguete City Police Office 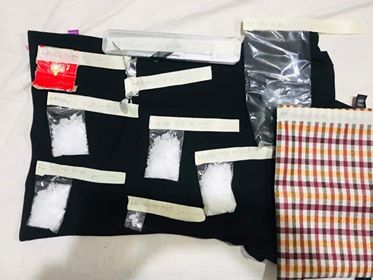 The Negros Oriental Police Office (NOPPO) reported that a total of 120 grams of shabu with Dangerous Drugs Board Value (DDB) value of P816,000 placed inside five pieces of heat-sealed plastic sachets were recovered.

Also seized during the raid were a red paper pack, a pouch and precut tin foil.

Police Lieutenant Allen June Germodo, team leader of the operatives, told CDN Digital that the suspect was placed under surveillance for two weeks.

He said the suspect was the “downline” of a certain alias Toko who is detained at the National Bilibid Prison (NBP).

The confiscated drugs will be brought to the PNP Crime Laboratory for examination while the suspect is now detained at the city police station pending the filing of appropriate charges against her. /elb