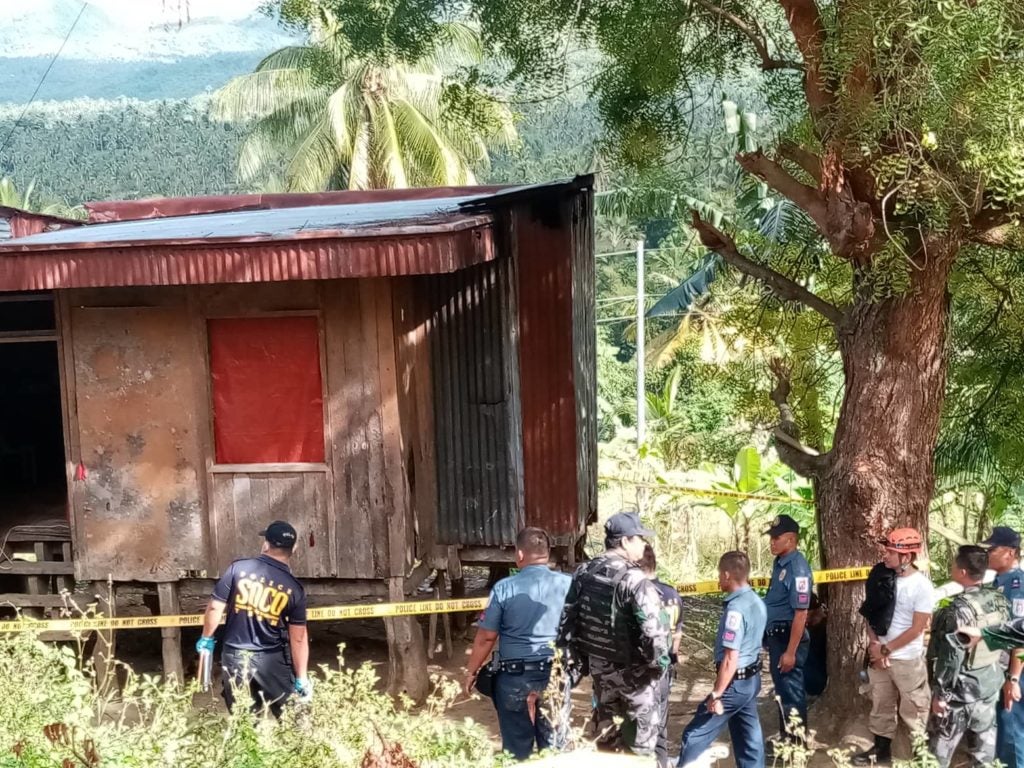 Panganan said they are looking at personal grudge as the suspects’ motive after learning that the couple’s son, Hipolito Tolomia, was also killed in the same house last December 2019.

He also said that chances are, the suspects behind the two separate killings are the same.

“Their son was killed in the same house last December 2019. We already identified the suspects but the couple refused to pursue the case. Now, we’re on the hunt for the same suspects,” said Panganan.

He refused to divulge further about the gunmen in order not to preempt follow-up operations.

“We’re looking at personal grudge as the motive since the suspects killed already three members of the family. We’re also looking into the background of this family,” Panganan added.

Police confirmed that the couple’s grandchildren -ages 11, 12, and 19 – survived the incident after they managed to escape the house.

The minors are now under the custody of the town’s Department Social Welfare and Development.

“There were five of them inside the house when the suspects barged and shot the couple. The children, all minors, fled the house,” said Panganan.

Bae is a mountain barangay located approximately west of Sibonga Police Station, which is situated at the town’s Barangay Poblacion.

However, due to Barangay Bae’s remote location, police were only able to receive and verify the alarm around 5 a.m. the next day – or six hours laters. /bmjo