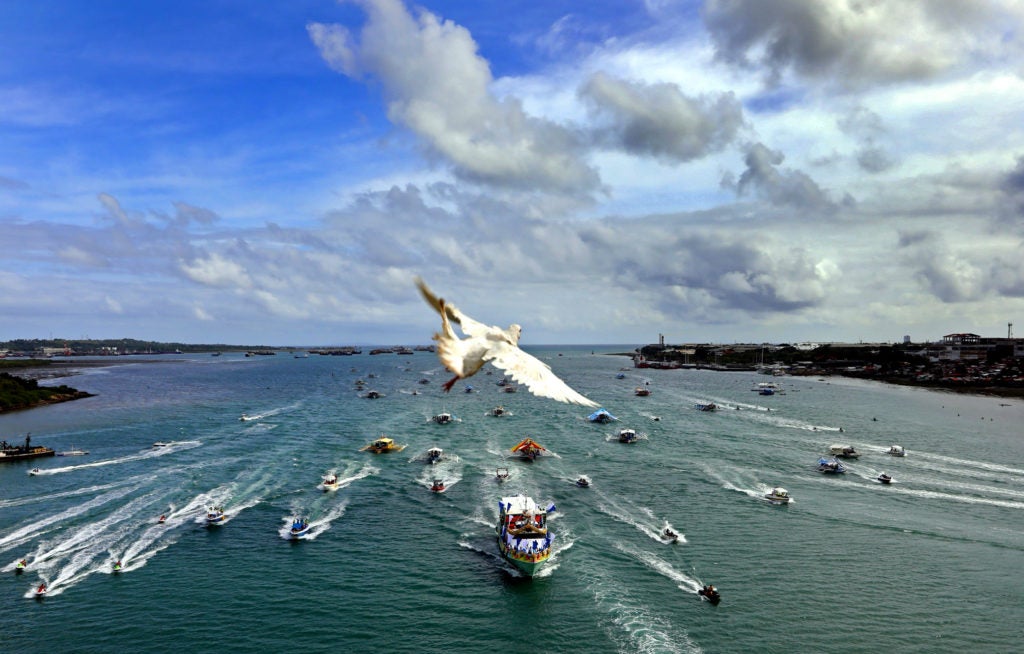 All vessels participating in the fluvial procession of the Señor Santo Niño and the Our Lady of Guadalupe can sail and jain the sea procession as the state weather bureau has forecast clear skies and calm seas over the weekend. Above is the 2018 fluvial procession. | CDN file photo

CEBU CITY, Philippines — Those who will be out for the Sinulog activities over the weekend will have to keep a bottle of water close by.

Joseph Merlas, a meteorologist in the Mactan Station of the Philippine Atmospheric Geophyscial and Astronomical Services Administration (Pagasa), said they had not monitored any possibility of widespread rains in the next two days.

Merlas sid that there had been no weather system that might bring gloomy weather in Central Visayas in the next five days.

(We can expect light rains and localized thunderstorms. If there will be any, then it will already be in the afternoon. These are also not expected to last long, the longest being around 30 minutes to an hour.)

“They still have to observe extreme caution because this range in temperature may result in heat exhaustion. We advise that they keep close a bottle of water and an umbrella to counter the heat and the passing rain,” Merlas said.

For the Fluvial Procession at 6 a.m. on Saturday, January 18, 2020, Merlas said sea conditions would be at light to moderate.

This means that it will be safe for the 147 vessels participating in the seaborne parade to sail.

The fluvial procession will kick off at the Captain Veloso Pier in the Naval Forces Central in Barangay Looc, Lapu-Lapu City up to Pier 1 in Cebu CIty./dbs