Balik Baroto Regatta gives youth a glimpse of the past 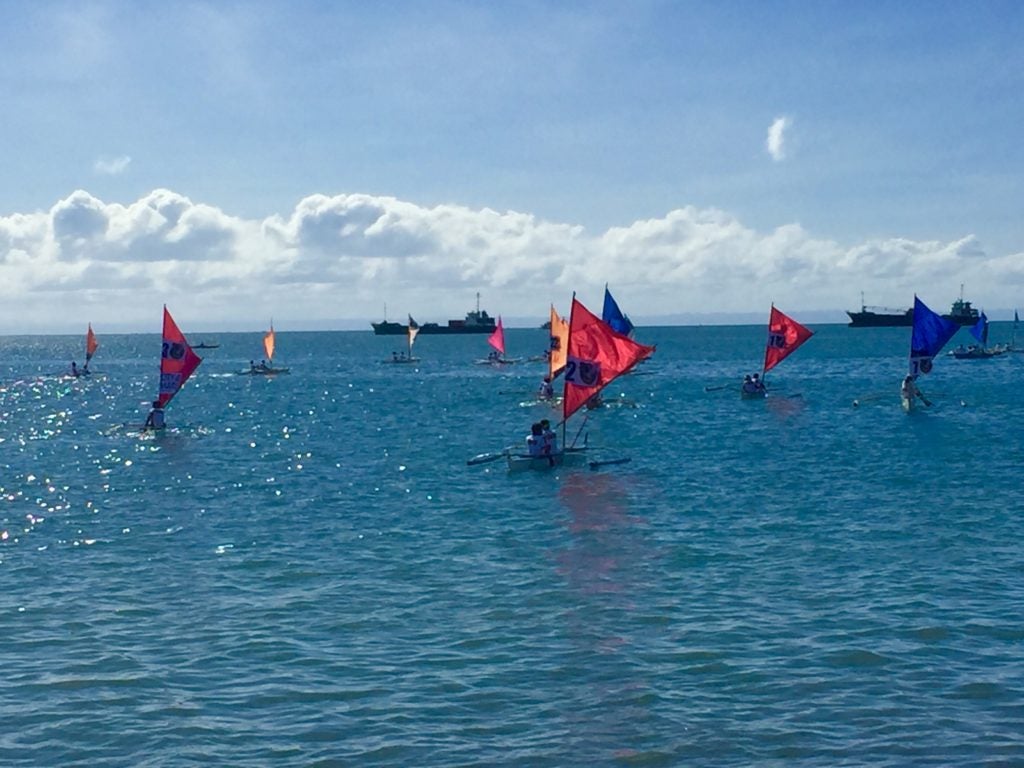 The Balik Baroto Regatta is the first of back-to-back events for the first-ever Sinulog sa SRP in Cebu City. | Delta Dyrecka Letigio

CEBU CITY, Philippines — Sinulog is a time to remember the past. This was the statement of former Customs collector and the father of Sinulog, David Odilao Jr., on the opening activity of the Sinulog sa SRP (South Road Properties).

Odilao said bringing back the traditional sailboats in the Balik Baroto Regatta was a reminder of the culture that had transcended generations.

“This is a reminder to the youth of the traditional sailing, the baroto and the bugsay,” said Odilao.

At least 50 barotos managed by fishermen from the different towns and cities in Cebu joined the Baroto contest on Friday morning, January 17, 2020.

The barotos sailed a span of 3.3 kilometers from Il Corso to SM Seaside in a relay race with each town represented by a pair of barotos and four fishermen.

The winners are to be awarded tonight at the culmination of the Sinulog sa SRP, still at Il Corso, when a musical firework showcase will be hosted by award-winning Dragon Fireworks.

Odilao said that the Balik Barroto Regatta was an attempt to bring the barotos closer to the youth, especially the millennials, who were born in the modern-day when motorboats had become the norm.

“Ang mga kabatan-anonan karon makakita sila ani kung unsay gisakyan sa mga tawo kaniadto (The youth can see today what our ancestors used to ride in the past),” he said.

Odilao said he hoped that in the Sinulog, more barotos would join the Balik Baroto Regatta to hopefully revive this culture of using natural sails instead of oil-powered motors.

For him, stepping back from technology may be a way to save the environment.

Since the new generation are more environment-conscious, the Baroto Regattas are a way to remind the youth of the option that has been laid to them by their ancestor — sailing.

He said he hoped that more youth would be encouraged to try sailing barotos in the future and join the contest in the Sinulog celebrations to come. | dbs