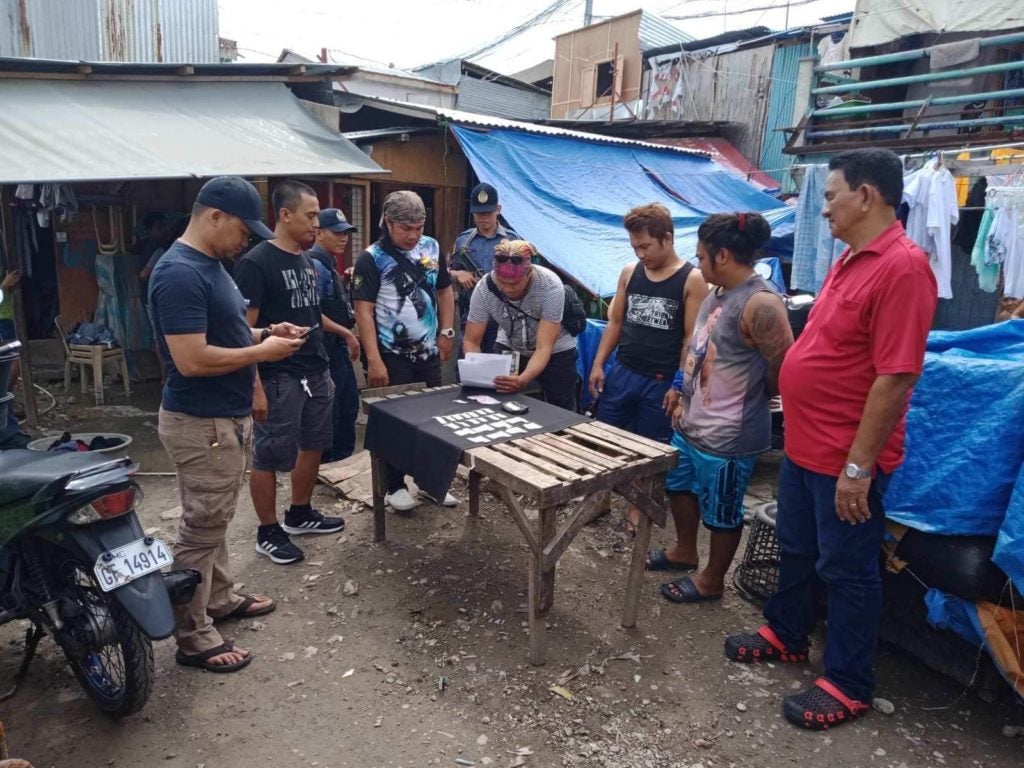 Around P300,000 worth of illegal drugs are confiscated from two drug suspects in a buy-bust operation at Barangay Pasil, Cebu City past 2 p.m. Saturday, January 25 | Photo Courtesy of San Nicolas Police Station

CEBU CITY, Philippines — Close to P300,000 worth of illegal drugs was confiscated from two suspected drug pushers after police in Cebu City conducted a buy-bust operation in Barangay Pasil in Cebu City on Saturday afternoon, January 25.

One large and seven medium packs and 13 plastic sachets believed to be containing shabu, weighing a total of 40.42 grams were confiscated from the suspects.

Albotra said that the confiscated suspected shabu had a Dangerous Drugs Board value of P274, 856.

Tamarra and Español were detained at the San Nicolas Police Station detention cell pending the filing of charges against them./dbs

Read Next
Dumaguete lad prepares to represent the Philippines in Mr. Universe Tourism this November