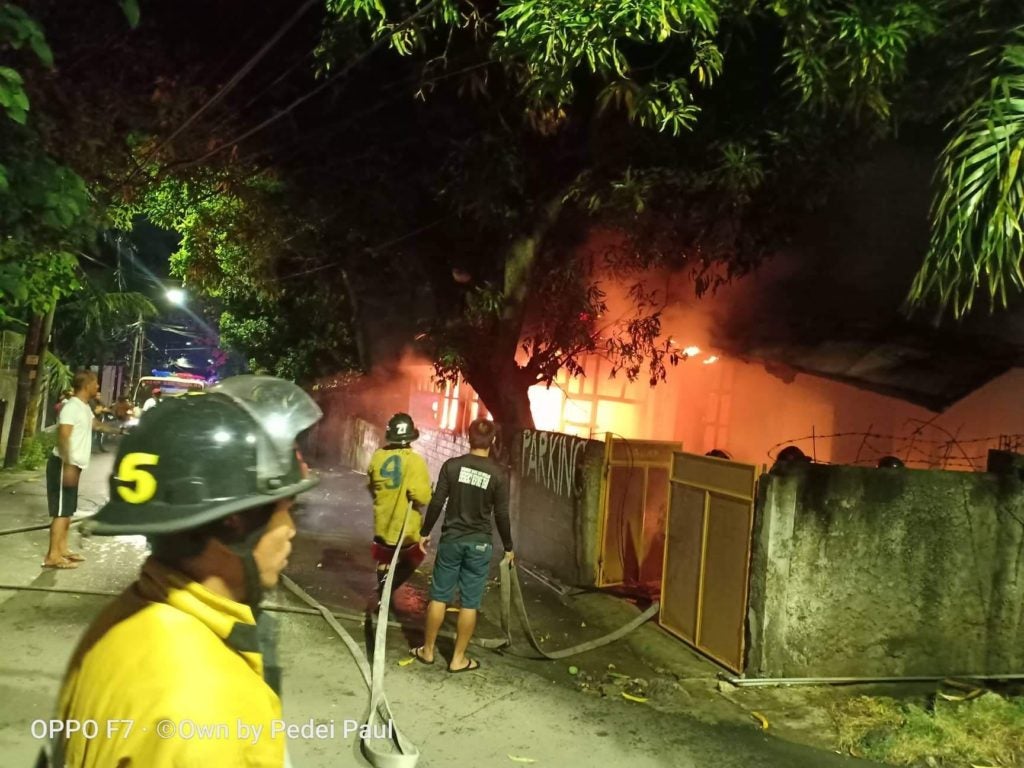 A Sunday dawn fire burned an old house located at the V. Rama Compound in Barangay Basak San Nicolas in Cebu City that was used as a storage area for kitchenwares. | Contributed Photo

CEBU CITY, Philippines — An old house that was converted into a storage area for kitchenwares caught fire at dawn on Sunday, January 26, 2020.

Fire Officer 2 Fulbert Navarro of the Cebu City Fire Department said they are yet to determine the cause of the fire that was reported at 1:39 a.m. and which burned a two-storey structure located at the V. Rama Compound in Barangay Basak San Nicolas.

Navarro said they are now looking at the structure’s fuel load or the volume of stored materials to determine what may have caused fire and what caused it to immediately spread.

The structure, a two-storey ancestral house that is made from a combination of light and concrete materials, is owned by Antonio Madarang. It was leased to Edna Escobar for use as storage area for the kitchenwares that she sells.

Based on their initial investigation, Navarro said that Escobar last visited the storage area on Saturday afternoon, Jan. 25, to retrieve their water bills.  She told fire investigators that she made sure to turnoff the lights before she left.

However, Navarro said that the structure’s main switch was still on when they had it checked.

As a warning to the other structure owners, Navarro said that it is not enough to just turn off the other switches and skip the main switch. / dcb