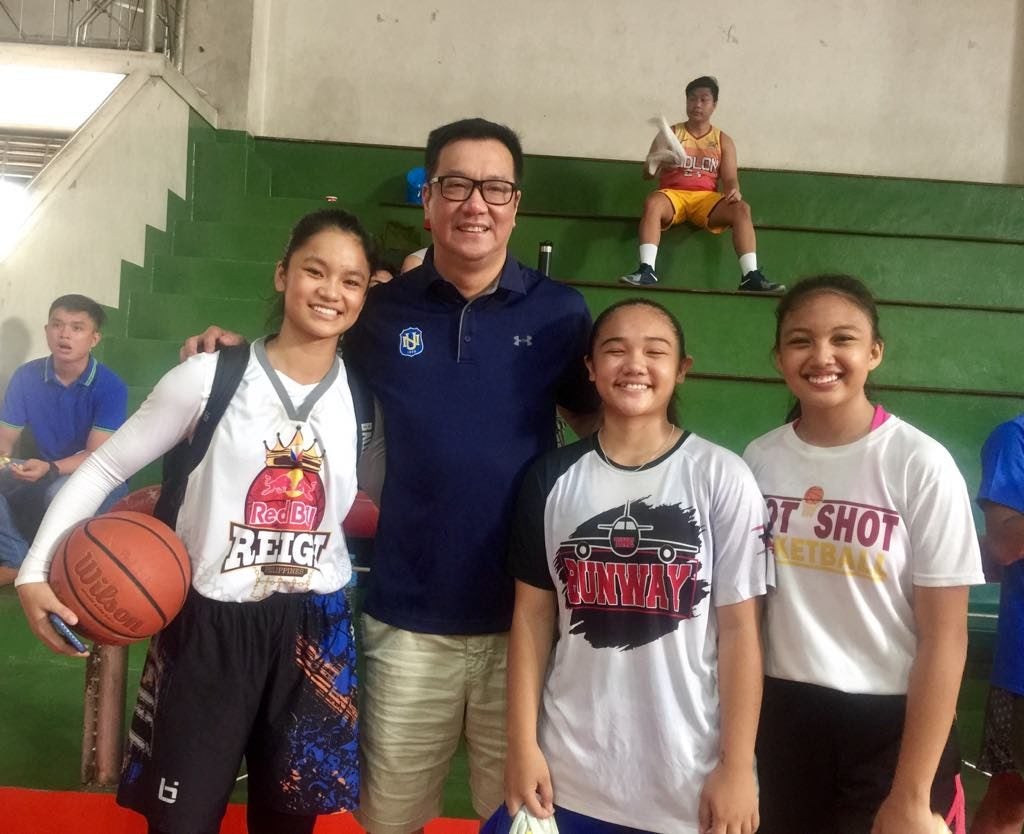 CEBU CITY, Philippines — Four girls from Cebu have made it to the list of National University (NU) women’s basketball head coach Pat Aquino after a two-day tryout that ended this morning, Sunday, January 26, 2020 at the Capitol Parish basketball gym.

Barroquillo was born in Butuan City in Agusan del Norte and grew up in the United States. However, she has been based here in Cebu for two years now as she is currently studying Nursing at the Cebu Doctor’s University (CDU).

“It was truly an honor, it was just a blessing, to play in front of him and talk to him,” said Baroquillo on making it to Aquino’s list.

She said that she had always wanted to play for NU, who were the six-time UAAP champions.

Agbay, on the other hand, is a grade 8 student of the Abellana National School (ANS) while Abella studies at the Sotero B. Cabahug Forum for Literacy in Consolacion, north of Cebu City.

She is currently a member of the ANS girls basketball team.

(It is really nice because I’ve always wanted to experience that.)

The four caught Aquino’s eye not only because of their height but more because of the moves that they had shown on the hardcourt in the two-day tryouts.

Aquino said that he would be bringing the four to Manila when he would return from his two trips abroad, for further assessment to be done by his coaching staff.

Baroquillo and Manlimos will most likely join the women’s squad while Agbay and Abella may become part of the high school program that NU is starting to build.

More than a hundred showed up for the tryouts, which was held January 25 and 26.