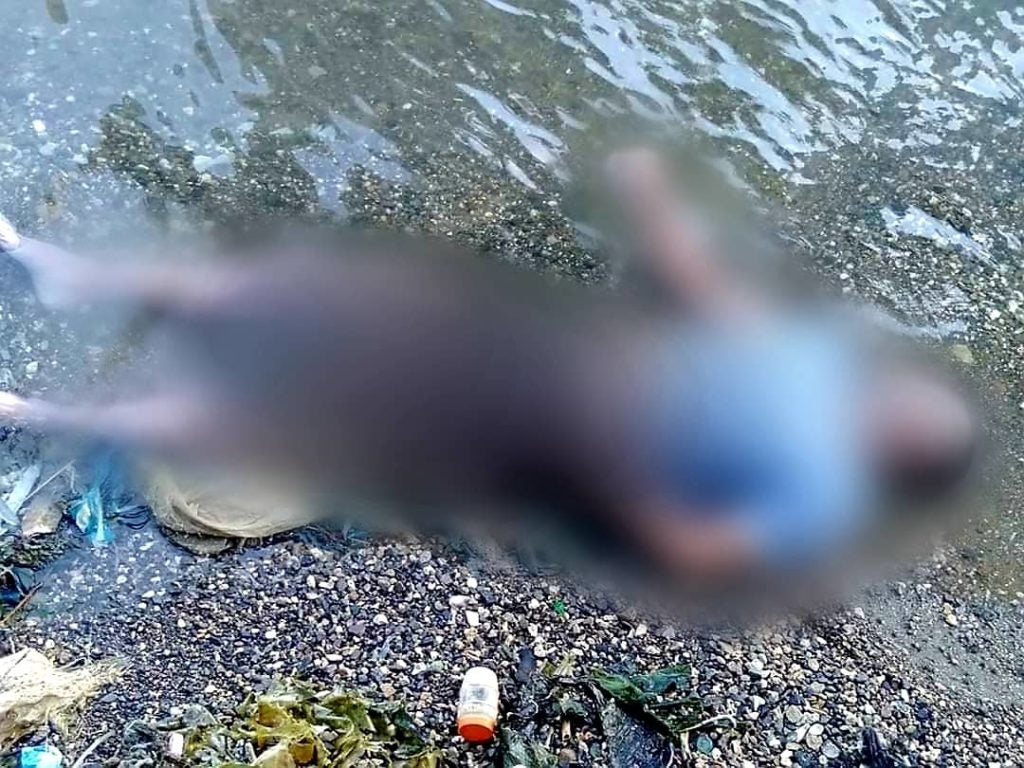 A still unidentified man was found floating on the water of Barangay Looc, Mandaue City, Cebu around 12:30 p.m. on Sunday, January 26, 2020. | CONTRIBUTED Photo

CEBU CITY, Philippines — The Mandaue police are asking the public to help them identify the man who was found dead off the waters of Barangay Looc, Mandaue City, at around 12:30 p.m. on Sunday, January 26, 2020.

Police Senior Master Sergeant Rey Patigdas of the Looc police station told CDN Digital that they were encouraging the public especially those who had a missing male family member, to visit their station or Rolling Hills Funeral Homes along A.S. Fortuna Street, in Barangay Banilad, Mandaue City as the man found had yet to be identified.

According to Patigdas, the man could be 30 to 40 years old and may be five feet and eleven inches tall.

He said there were no other marks or tattoo found in the body of the man, but he was found wearing a grey shirt with a “superior” word printed on the front part.

Patigdas said that residents near the area where the man was, found told the police that they saw someone jump from the bridge at around 8 p.m. on Saturday, January 25.

The man might have been the person who jumped from the bridge, said Patigdas.

However, the information is yet to be verified as they did not receive any information about the alleged person jumping off the bridge.

Patigdas said they were waiting for the closed-circuit television (CCTV) near the area of the Mandaue side of the bridge to verify if the man was seen in the area on Saturday night.

While they wait to have the CCTV footage, Patigdas said they were hoping that the public could help them identify the dead person. /dbs

Read Next
Kobe Bryant, 4 others killed in California chopper crash