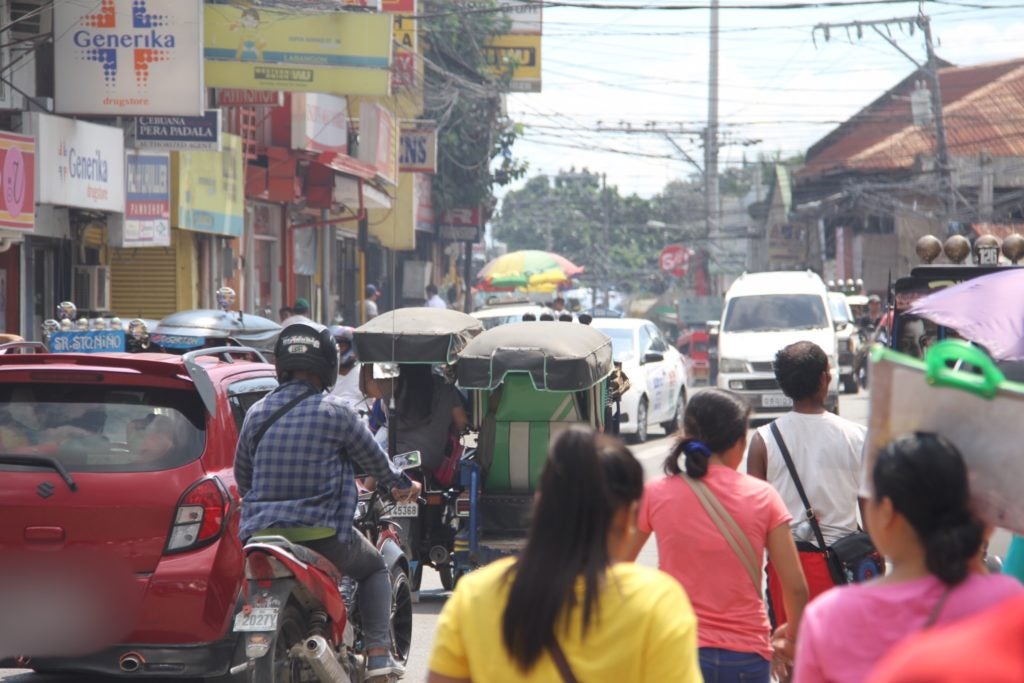 The entry of tricycles, trisikads and pedicabs in the city’s main thoroughfares is causing congestion in these areas. /CDND photo by Raul Constantine Tabanao

CEBU CITY, Philippines — Cebu City Mayor Edgardo Labella has ordered an amendment of pedicabs and trikes regulations in the city following the directives of the Department of Interior and Local Government (DILG) to disallow pedicabs and trikes from plying main streets,

Labella said the franchise of these pedicabs and trikes were under the local government unit (LGU), and the city had the authority to regulate them based on the directives of the DILG.

Generally, the pedicabs and trikes in the city are bound within barangay roads and cannot enter primary or secondary roads such as national highways and city streets.

“If there is a need for us to make amendatory provisions for the ordinance regulating tricycles, then we will do that. What is really mandatory is that tricycles should not be allowed in the main thoroughfares,” said the mayor.

He said the city would study the memorandum circular of the DILG in order to make the necessary amendments to the local regulations.

“Allowing these vehicles on main thoroughfares, especially highways, poses a tremendous hazard to life and limb. Pursuant to the directive of the Mayor, and in the light of the foregoing considerations, the CLO would draft the guidelines for its implementation,” said Gealon in a text message.

From July to December 2019, the Cebu City Transportation Office (CCTO) has apprehended a total of 222 trikes and pedicabs for plying the main thoroughfares of the city.

At least 120 trikes and 102 pedicabs have been apprehended in the city, most of them in Barangay Ermita around the Carbon Public Market. /dbs