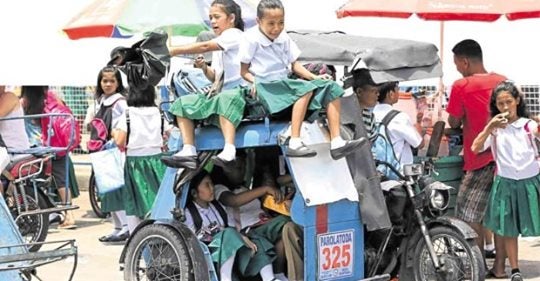 MANILA, Philippines — Local executives who fail to impose restrictions against tricycles on national highways will face administrative sanctions as the national government continues to implement a nationwide clearing of roads and streets, Interior Undersecretary Jonathan Malaya said in a radio interview on Saturday.

He said a new directive would be issued to local government units (LGUs) to cover the prohibition against tricycles on main thoroughfares as well requiring alternate routes for them.

Under the new circular, LGUs will be given 45 days starting Feb. 15 to clear “tertiary roads” within their jurisdiction of any obstruction, and will include the highway ban on tricycles.

Last year, the Department of the Interior and Local Government (DILG) ordered all LGUs to clear public roads and streets of obstructions.

Read Next
How to protect yourself from novel coronavirus infection